As Centre Struggles With Oil Conundrum, Will Indebted ONGC Be the Sacrificial Lamb?

While the petroleum ministry’s plan is to direct ONGC to sell its crude to OMCs at below ruling international prices, the exploration firm has already expressed its discomfort. 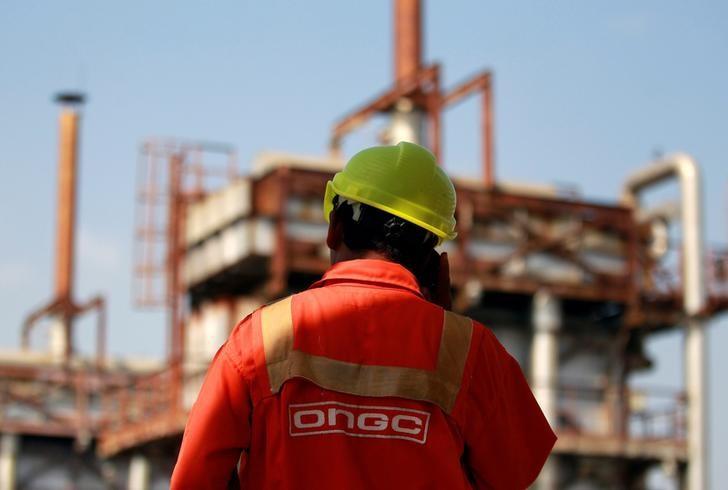 A technician is pictured inside a desalter plant of Oil and Natural Gas Corp (ONGC) on the outskirts of Ahmedabad, September 30, 2016. Credit: Reuters/Amit Dave/Files

New Delhi: As political pressure increases on the NDA government to reduce diesel and petrol prices, the petroleum ministry is yet again looking at the easier option of dipping into the reserves of state-run Oil and Natural Gas Corporation (ONGC).

As an exploration company, when international oil prices are rising, ONGC gets higher price realisation for the crude it produces.

According to multiple sources with knowledge of the matter, instead of cutting oil taxes to bring relief to the consumers, the government wants ONGC to bear the burden. This will not disturb government revenues.

However, it appears that ONGC is not in a mood to oblige. Why? For one, its cash reserves have already been appropriated to the hilt by the Centre. After getting ONGC to bail out Gujarat State Petroleum Corporation (GSPC) and then acquire 51% stake in state-owned refiner HPCL, which helped generate nearly Rs 37,000 crore of disinvestment revenue for the government in 2017-18, the public sector explorer is already heavily indebted.

The Narendra Modi government now wants the public sector undertaking to bear the financial burden of cushioning fuel consumers against the impact of high oil prices in the international market.

Energy experts said the proposed move, if implemented, could further hollow out ONGC, which is already struggling to mobilise resources to meet its capital expenditure target.

But the proposal was met with pushback, according to media reports.

The ONGC chief said that the explorer was “already in the red” after bailing out GSPC and acquiring the government’s stakes in HPCL last year.

Despite the entry of private players into the domestic oil and gas sector, ONGC remains the mainstay of the country’s energy security. It is the largest producer of crude oil and natural gas in India, contributing nearly 70% of domestic production. Besides, it has also been aggressively hunting for oil and gas assets abroad through its subsidiary ONGC Videsh.

Sources said that in the meeting with the petroleum minister, the ONGC management expressed difficulty in bearing the petroleum subsidy burden because of resource constraints.

The management said the PSU will have to shell out $800 million towards its share in development expenditure of the GSPC’s KG basin block. ONGC will have to put money on the table when the field development plan for the cluster wells is approved, it added.

“There is no scope for reduction (in prices). Only way out is to reduce the taxes or a burden on ONGC which is already in the red,” an Indian Express report, which quoted an unidentified official, noted.

The government’s finances are already in a mess. With general elections due next year, the government cannot afford to cut budgeted expenditure on social sector schemes.

It can fund expenditure plans with market borrowings. However, there is a risk of breaching the fiscal limit in that case, which would in turn invite a credit rating downgrade.

So there is little scope for reducing the excise duty on petrol and diesel, which has generated additional revenue of more than Rs 5 lakh crore over the last three years.

Sources said the petroleum ministry’s plan is to direct ONGC to sell its crude to OMCs at below ruling international prices by capping the price for the entire fiscal year. Oil India Ltd, the smaller stated-owned oil producer, is to be exempted from sharing the under-recovery burden.

Thanks to the softening in global oil prices, upstream public sector companies have not contributed anything on account of fuel subsidy sharing since 2015.

However, the renewed rally in the global oil market has led to a significant increase in domestic petrol and diesel prices, provoking calls from the opposition that the government revive the erstwhile under-recovery sharing mechanism in order to provide relief to fuel consumers.

But in years before that, when global crude prices were ruling high, ONGC and Oil India were together bearing more than 40% of the country’s annual petroleum subsidy bill.

Weighed down by speculation about a re-imposition of windfall tax on ONGC, PSU’s stock price has fallen by 8.1% since May 17 at the NSE. In comparison, Nifty100 has gained, though marginally, during this period.

“Given that ONGC contributes just a tenth of country’s crude oil requirement, even if it gives discounts on crude sales, that may not have a sustainable impact of more than one rupee on retail price of petrol and diesel,” said Debasish Mishra, partner, Deloitte India.

In 2005, Modi, the then Gujarat chief minister, had announced that the GSPC’s KG basin block had 20 trillion cubic feet (tcf) gas. But it later turned out that proven reserves were much less than what Modi had claimed then.

Even the national auditor questioned GSPC’s claims on extractable reserves of the block. So it fell on ONGC to bail out GSPC.

Soon afterward, ONGC was asked to acquire the government’s stakes in HPCL. While there are doubts over benefits that would accrue to ONGC from the HPCL takeover, the proceeds that flowed to the government from the stake sale helped it exceed its disinvestment target in 2017-18.

So while the government was able to narrow its fiscal slippage in 2017-18 thanks to the HPCL deal, ONGC ended up paying the price for the former’s financial jugglery.