Nobody Is Coming out of the Infosys Crisis Smelling Like Roses

With Sikka’s exit, the board-founder dispute will almost certainly get nastier. What also remains uncertain is Infosys’s future and how it will manage to effect a turnaround during a dangerous time for the software services industry. 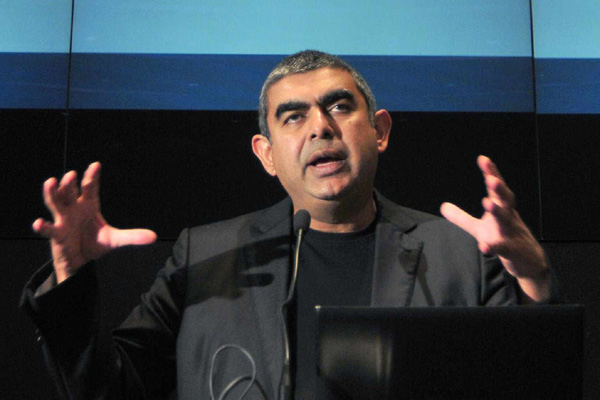 Vishal Sikka is likely the only person who will walk away from the Infosys crisis with only a handful of blemishes on his record.

On August 18, Sikka, the first non-founder head of Infosys resigned under contentious circumstances, flatly blaming the tussle between the company’s board and its founders for his decision, saying that it had taken a “personal toll” on him.

“The continuous allegations, the continuous noise around the same things; at some point you realise that this is taking a heavy toll on the organisation, it’s taking a heavy toll personally. So, I just felt that this is an untenable situation and I don’t want to do this anymore,” said Sikka while video-conferencing in from Palo Alto at a hurriedly-put-together press conference held in Bangalore.

Over the last year, the founders of Infosys have used their stature and stockholding (around 13%) to mount a battle over several corporate governance issues, the most serious of which involves the $200-million acquisition of an Israeli automation company called Panaya in 2015.

A not totally unified board

What added to the chaos on Friday (August 18) was that it became clear that the temporary truce between the company’s board and its founders – best seen through the appointment of Ravi Venkatesan as co-chairman of the board in April and roping in of the Cyril Amarchand Mangaldas law firm in February to review corporate governance practices – had started to unwind over the last few months.

Hours after Sikka’s resignation, the board and Murthy engaged in a war of words, with the directors explicitly pointing out that “misleading” charges by the Infosys founder were damaging the company. “The board declines to speculate about Mr. Murthy’s motive for carrying out this campaign, including the latest letter,” said Infosys, referring to a letter that Murthy wrote to some of his advisers on August 14. 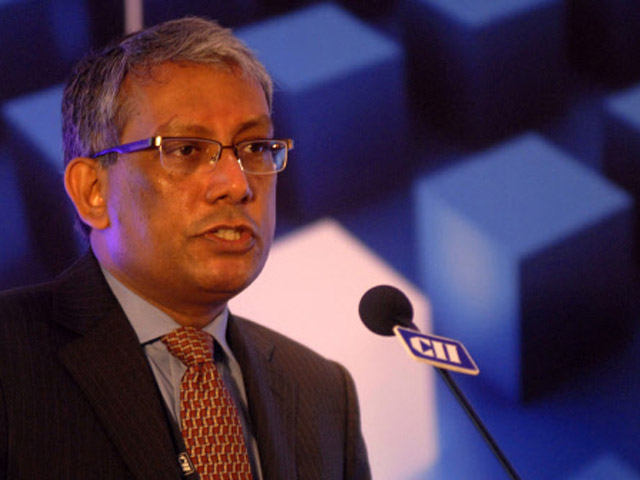 What simultaneously complicates and explains some of this confusion is that there are at least a handful of board members who are unhappy with the way Sikka’s tenure has unfolded. Murthy’s August 14 letter, which was reported by Mint on Friday, refers to how the founder received complaints from “three independent directors and Venkatesan” that he was not “CEO material, but CTO material”.

Multiple sources confirmed to The Wire that there are indeed a handful of board members supportive of Murthy’s criticism and that the board’s sharp statement on the founders’ actions on Friday were not unanimously endorsed by the whole board.

Nowhere is the breakdown better seen than Venkatesan’s comments on Friday. As little as a week ago, Venkatesan and the board had agreed to consider asking Murthy to join the board in a formal role to assist and assuage shareholder concerns over corporate governance.

Hours after Sikka’s resignation, Venkatesan made it clear that this was no longer on the table. “The question was posed to me last week – would you consider a formal role for Mr Murthy? And I had said, of course yes, because if a shareholder comes with a proposal, it is the duty of the board to consider it. And so yes, we would. Unfortunately, the events of the last 48 hours have made it quite difficult at this point of time for the board to really consider that actively,” Venkatesan was reported as saying, referring to the August 14 email sent by Murthy to his advisors.

No glory for board and founders

The bottom line, however, is that the Infosys board has not covered itself in glory. As a matter of fact, it has largely failed on three major fronts. First, it failed to adequately shield an outsider CEO that it publicly backed in the face of unrelenting criticism by the company’s founders. Two, it has not satisfactorily cleared the air over specific corporate governance issues. And three, it has been unable to convincingly bridge the widening gap between the founders and Sikka.

These three issues are clearly interrelated and obviously made more complex if indeed the Infosys board is not wholly united.

Where the board has clearly misstepped is in not openly engaging with Murthy’s criticism and shareholder concern over a whistleblower’s detailed allegations of impropriety in the Panaya deal. Over the last two years, Infosys has hired  at least three reputed international law firms to probe some of the whistleblower allegations, the first two firms investigated the Rs 17.38 crore given to former CFO Bansal and the last one looked into allegations as to whether any conflicts of interest that were triggered when Infosys bought Panaya.

Although the management and board has said the probes found no evidence of wrongdoing, it’s more than a little bizarre as to why the findings of the reports haven’t been put in the public domain or its major conclusions shared with significant shareholders. If it had done so, not only would have the board’s criticism of Murthy being a factor in Sikka’s departure sounded more legitimate on Friday, it would have also put a swift end to some awkward questions such as why general counsel Kennedy was let go last December or why Bansal’s severance package was stopped half-way. 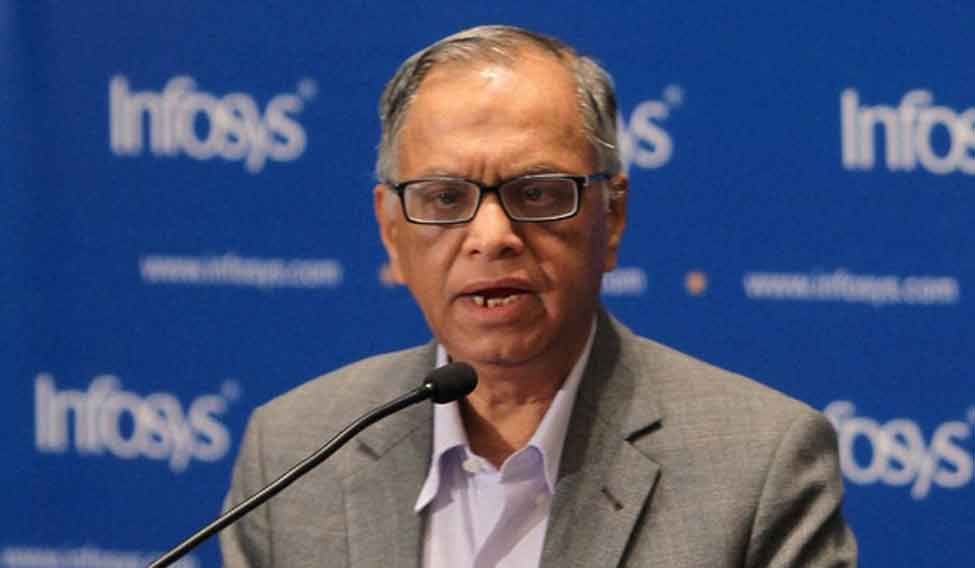 As for Murthy and Co, it’s not clear what exactly the end-game has been. The founders have repeatedly stated they don’t want a seat back at the table. On Friday, Murthy re-stated this, saying that “well-meaning shareholders” such as himself don’t want money, positions for his children or power. All they want is good corporate governance.

And yet, the way the founders have gone about this task is puzzling. If Infosys’s corporate governance concerns are real, why haven’t the founders and other well-meaning shareholders reported them to either SEBI or SEC (Infosys is also listed on the Nasdaq)? If indeed any of the Panaya whistleblower’s allegations are true – some of them were made public in Murthy’s email to the board on July 8 – these require at the very minimum a regulatory probe. Why not ask for that instead of sending bi-monthly emails to the board which have inevitably found their way into the public domain through the financial press?

The cherry on top are the alleged culture clashes between the Infosys old guard on one hand (which includes not only founders, but also old employees who feel they may have been short-changed) and Sikka on the other. These range from everything such as higher executive pay and the erosion of company values to more minor quibbles such as the alleged overuse of a company jet.

At the end of the day, it’s uncertain as to whether the board and the founders will easily be able to patch up and put this behind them. An internal CEO, preferably to the liking of the founders, may help.

What Sikka leaves behind

With Sikka now gone, what does this mean for how Infosys is positioned with the larger Indian IT industry? In his resignation letter, Sikka takes credit for helping kick-off a convincing turnaround in the firm’s performance over the last three years, but the broader truth is that this is still a job half-completed.

In the first year under Sikka’s tenure, Infosys started looking up (FY15), with growth rising from single-digit levels to mid-teens by FY 16. The company even reported industry-leading dollar revenue growth of 9.1% in 2015-16. Since then, things have mostly gone downhill – at the end of March, the company posted $10.21 billion in revenue, a lower 7.4% growth.

Other metrics aren’t pretty either: In the March 2017 quarter, volume growth (7.7%) fell to half of what it was in the year-ago period. Growth rates and employee addition metrics are essentially back to levels last seen before Sikka became CEO, which is when Infosys’s growth lagged its industry peers by a considerable margin.

It’s true that the last year and the March 2017 quarter has been tough for most of the large IT players in India, but it’s also equally true that most analysts are unclear whether the FY 17 downturn is temporary or permanent.

Sikka’s focus on the future, with his aspirational (some would say impossible) revenue target of $20 billion by 2021, has been tempered in recent times. At a sales conference in May, Sikka quoted Martin Luther King Junior while saying :“If you can’t fly, then run; if you can’t run, then walk; if you can’t walk, then crawl; but whatever you do, you have to keep moving forward.”

What certainly didn’t help the former SAP executive was a string of high-profile exits over the last ten months – some of whom had joined Infosys far before Sikka – but also others who the former CEO had hired or entrusted with bigger responsibilities such as Samson David (head of cloud), Sandeep Dadlani (head of Americas) and Ritika Suri (head of merger and acquisitions, who was also involved with the Panaya deal).

Analysts have also written that while Sikka’s strengths lay in accelerating the company’s approach towards developing internal intellectual property-centric platforms and the much-vaunted design thinking, he did less to convert this into concrete business. Others would argue that he was given too little time to do so.

Nevertheless, Infosys has struggled, much like its peers, to stay ahead of the broader structural changes within the industry. As The Wire reported in August 2016, not only have Indian IT firms struggled to win digital and SMAC (social media, mobile, analytics and cloud) revenue, what work they do manage to succeed in getting is a poor substitute for the business that it replaces. 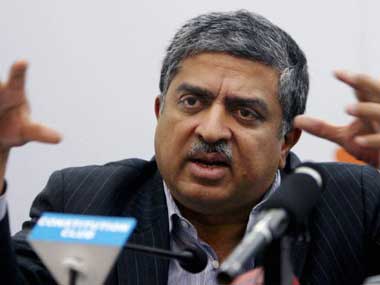 Digital revenue for Infosys in 2015 was somewhere between 8-10% of total business and it’s unclear how much the IP-driven, platform-led model of Sikka (and indeed most Indian IT companies) will help in driving this proportion higher.

The new CEO will have his task cut out. Which brings us back to Murthy’s last jab: what does Infosys want in its new CEO? A CTO with a few CEO-like qualities or a CEO with a few CTO-like qualities? It’s not for nothing that the name currently being hopefully proposed by market analysts and commentators is Nandan Nilekani.

While getting Nilekani back is a long-shot, it’s clear Infosys first has to settle the outsider versus insider CEO debate and defuse the board-versus-founder stand-off before it can get anywhere.