A Year After PNB Fraud Came to Light, How Nirav Modi Was Finally Arrested

An 'arrest by arrangement' had been set for March 25, but a trip to a Metro bank branch in Holborn triggered things earlier than expected.

London: Nirav Modi may be a man condemned and chased in India, but in the United Kingdom, the fugitive diamantaire tasted uninhibited freedom like no other.

Whether it was the ease of resurrecting his diamond business – under a different name, of course – or leisurely walking his dog on the busy streets of West End, Modi was a man confident of his plans.

But it was perhaps this arrogance that led to his best laid plans going awry.

It all began on March 9, when British newspaper Telegraph tracked him down to his £8 million luxury apartment at Centrepoint, New Oxford Street, a stone’s throw away from the famous shopping paradise. His new office is a short walk away.

The confidence in his walk, the smile pasted on his lips and the nonchalant “no comment” remark stoked the anger many felt towards the diamond merchant responsible for what may go down as the biggest fraud in Indian banking history.

The Indian government was informed on Monday (March 18) following which Indian media flashed the news all day, even tracking him that evening to one of his regular walks near his home. Modi’s “no comments” and “stop stalking me” were reminiscent of his carefree attitude in the earlier Telegraph video, although annoyance had clearly replaced the smile on Modi’s face now.

Yet, it’s possible that Modi felt secure in the knowledge that an “arrest by arrangement” had been initiated by the extradition unit of Scotland Yard and his solicitors.

The date of arrest was actually set for March 25, following which Modi would be produced in court. His team was confident of securing bail – often given in cases of financial fraud – so that Modi would be free to carry out his business and maintain his lifestyle while the case progressed through the British judicial system.

Therefore, it was with this confidence that Modi walked into the Holborn branch of UK-based Metro bank to open a new account on Tuesday. As per bank procedures, Modi had to bring with him his identity and residence proof. These documents would then be run through several software checks to ascertain the credibility of the customer. During once such scan, Modi’s identity raised grave concerns, forcing the bank employee to intimate the police. The cops, suspecting Modi’s motives in opening a bank account, decided to arrest him immediately.

The businessman, dressed in a white shirt and trousers, was produced in Westminster Magistrate Court on Wednesday around noon where he was asked by the court if he consented to his extradition. “I do not consent,” said Modi, clearly prepared for the long drawn extradition battle in UK courts. 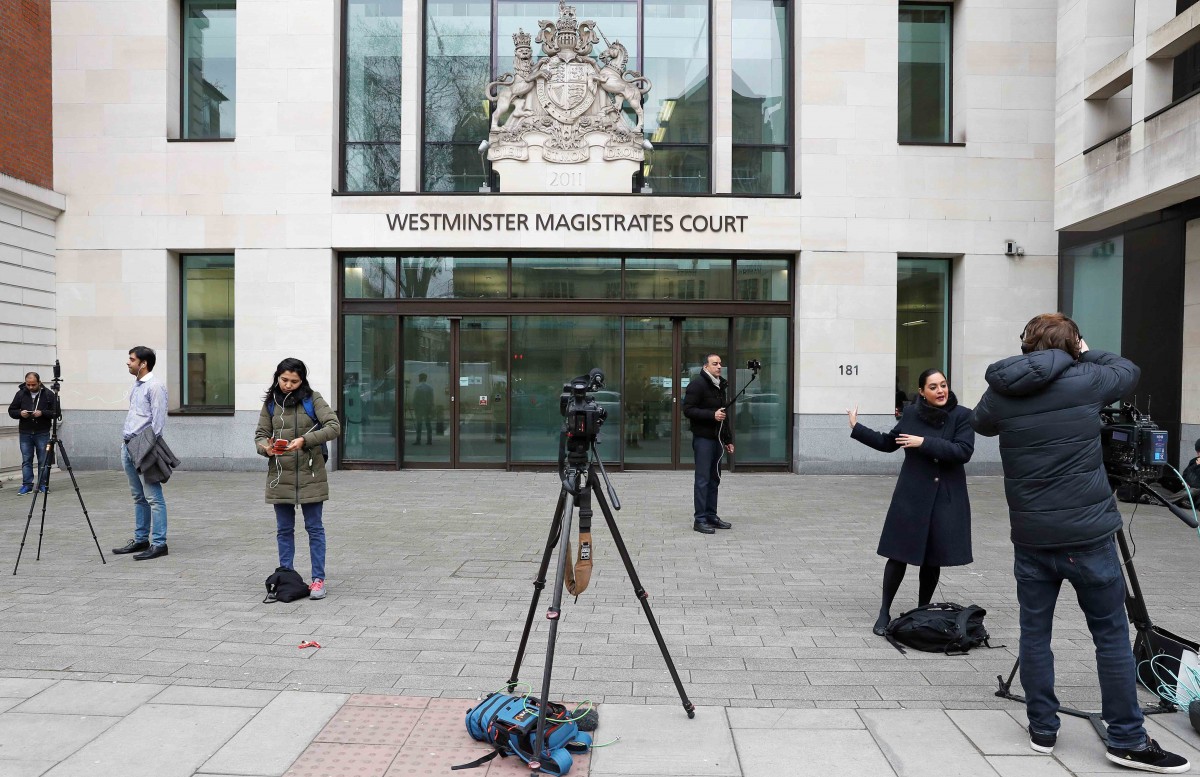 However, what the diamantaire was definitely not prepared for was for his bail to be refused by district judge Marie Mallon.

George Hepburne-Scott, representing the Firestar Diamond owner, told the court that Modi was in regular touch with Scotland Yard even before his extradition request was issued by India.

Modi came to the UK in January 2018 “due to an imminent IPO in London”. Much stress was also put on the fact that “he was in London before the criminal complaint was filed” in India.

Hepburne-Scott also highlighted the fact that since Modi’s son was studying in London, he was here to stay and offered to pay a surety of £500,000 on an income of £20,000 a month. His unexpected arrest on Tuesday was blamed on the “high publicity” of the case. Modi is supported by solicitor Anand Doobay, the legal expert on extradition also hired by liquor baron Vijay Mallya for his extradition case.

The Crown Prosecution Service, representing India, argued in court that Modi “has access to considerable means” and he has been “deliberately evading justice”. They also stressed that since this was a “high value and sophisticated fraud” to the tune of $2 billion, Modi should not be given bail.

A short recess was convened while judge Mallon perused some documents and returned to declare that there were “substantial grounds” to refuse Modi’s bail.

She feared he “would fail to surrender to the court if bail were to be granted” due to the “high value amount” of the alleged fraud.

A clearly shocked Modi will now spend the next 10 days languishing behind bars. HM Prison Wandsworth, one of western Europe’s largest prisons, though considerably better than Indian jails, is a far cry from the high end luxury lifestyle the diamond trading billionaire is used to.

How long will it take now for Modi to come back to India? Going by Vijay Mallya’s standards, the other high-profile Indian fugitive who also fled to London, it could take years.