As Nepal’s Ncell Shuts Access to Wikipedia Zero, What Next For Information Without Barriers?

The slow demise of Wikipedia Zero on the subcontinent deserves greater attention from policy makers and public alike. 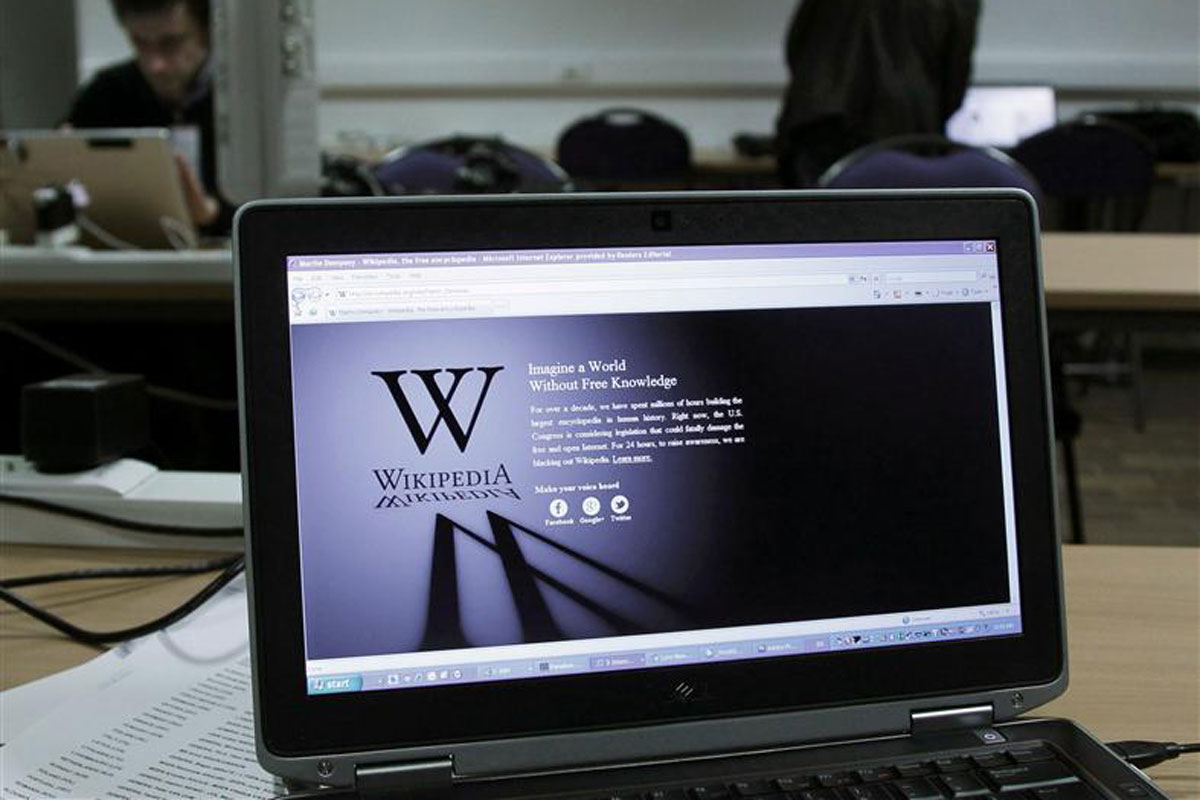 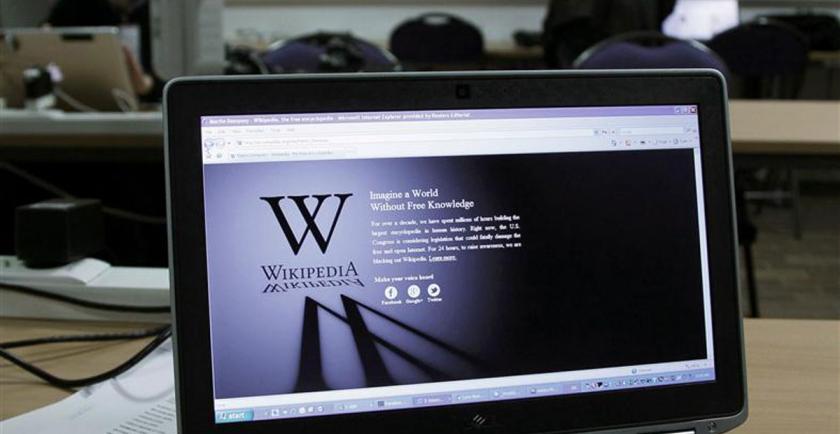 Wonderful would be the day when the sum of all human knowledge is available to everyone without restrictions or barriers. It would not be much of a stretch to say that all modern notions of freedom espouse this view. Wikipedia Zero, I believe, is a step in this direction. The Wikimedia Foundation (the not-for-profit foundation that maintains Wikipedia and affiliated projects) seeks to increase the availability of Wikipedia by enrolling telecommunication partners in various countries who allow access to it free of cost. The partners do this by designating Wikipedia as ‘zero-rated’ on their networks.

On March 25, 2017, Ncell, a privately owned mobile operator network, terminated its Wikipedia Zero service. This effectively means that in Nepal, there is now no way to access the online encyclopedia without incurring data charges. The situation is similar in India – although it is now explicitly prohibited by the country’s net neutrality laws. Uninor briefly provided access to Wikipedia Zero in India but with its merger and demise the service was terminated.

India and Nepal are now both absent amongst the the list of countries with access to Wikipedia Zero.

When an Internet Service Provider (ISP) designates an application or website as zero rated, it means that they are not adding the traffic originating in that website’s direction to the user’s bill. The question is why would an ISP designate anything as zero rated? This is a very valid question given current capitalistic tendencies. One reason is that perhaps the ISP or telecom operator believes it would attract customers amongst whom the zero rated service is popular. Another popular rationale is if a well-heeled company can pay the telecom operator to provide free access to people in an effort to promote their services. Extrapolating from the above conjecture, some have suggested that the Wikimedia Foundation, by lobbying for access to Wikipedia Zero is condoning practices that run countercurrent to the idea of net neutrality.

Right off the bat I would like to point out that a majority of zero-rating practices employed by massive corporations are dangerous because of their effect on net neutrality. They put small and emerging developers at a disadvantage.

The net neutrality defence, however, is also an overzealous criticism of Wikipedia Zero. There is a fundamental difference between a not-for-profit organisation (WikiMedia) staffed by around 280 people lobbying for access to a global, relatively transparent, user-generated encyclopedia vs a for profit corporation (such as Facebook) staffed by 17,000 people, playing the pied piper to entice users into signing up so that their data can be harvested and sold.

Wikipedia’s intent is to facilitate learning, while Facebook Zero undeniably stifles net neutrality by attempting to crowd out talent by brute force. Attempting to outdo smaller companies by innovating is healthy but using the brute force of money is dubious at best.  The Wikimedia foundation lists not exchanging payment as one of its operating principles for Wikipedia Zero. Looked at it this way, the developer of a new social networking site would face unfair disadvantage due to the data charges required in a region where Facebook Zero lurks – this is in sharp contrast to the proliferating number of wiki-based projects.

Importance of Wikipedia in Nepal

It is important to note that the moment there are no net neutrality laws in Nepal – nothing of the kind that prohibits Wikipedia Zero in the country. However, debate and discussion is slowly starting, centred, much like India, around the dangers of free Facebook access.

As a student who has used Wikipedia extensively for primary research and had to cross-check the data before using it, I can say that the information is mostly reliable and is consistently improving. Recently, an animation house called Osmosis teamed up with Wikipedia to provide free drawn-cum-animated videos for quite a few medical topics. Here is a video explaining diabetes produced by Osmosis and made available on Wikipedia.

Although the content is targeted at a small population of medical students, the underlying financial model is worth taking note of. These videos are a boon for most of the students in my college and has helped many understand and memorise things better by providing a memory template. It is reasonable to expect the spread of this trend. I would like to add a caveat though that information on Wikipedia should never be used before verifying from appropriate primary sources. Wikipedia is not the best source of information– it can certainly never replace formal education. However, it is one of the better sources.

The point I am trying to underscore here is that Nepal uses Wikipedia extensively and any action that reduces access to it is regressive. Corporations such as NCell, the only telecommunication provider who once provided access to Wikipedia Zero, should perhaps consider this.

Events such as this point to a larger disinterest in the utility of Internet beyond the most basal needs of instant communication and provision of consumer services. A report released around the October of 2016 claimed that most of the search engine queries arising from the free WiFi provided at Patna Station in Bihar were related to pornography. This point is raised not as a segue to prudish platitudes but to highlight the absence of awareness about the potential of the Internet itself.

Curiosity, of some sort, any sort, is the common strand uniting our disparate lives. This innate hunger for knowing is channelised by wiki-based projects. People want to enhance their knowledge of the entity about whom they possess curiosity, this can range from the net worth of some actor to the history of physics. Wikipedia provides a way to not only aid this acquisition of knowledge but also encourages a user to become a contributor, in the process engaging with others in a constructive and respectful manner, guided by general principles.

The concept of a wiki eschews established norms of behaviour and engagement such as those defined by hierarchy, caste and other biases in favor for a system that rewards rationality and consensus building through review. This is resonant with the ideal functioning of a democracy and one could even argue that our children should learn such a model of collaboration.

India ranks poorly in number of Wikipedia edits originating within its borders. It will definitely take some time before we reach a point where children are encouraged to locally develop wiki projects from a young age. That however makes the issue of Wikipedia Zero even more pertinent.

Such technologies can also be used to aid governance. It would be feasible to allocate dedicated spectrum for certain functions. For example spectrum could be dedicated to aiding government programs dealing with maternal health. Expecting mothers could be provided access to articles, videos and other multimedia content in their local language, that has been scientifically curated, thus enabling them to better understand and protect their health. This might help bridge the unacceptably huge knowledge gap between India and Bharat.

In a country where infant mortality due to diarrhoea is still a huge public health menace and exclusive breastfeeding for the first six months not a norm, such knowledge based interventions could have a significant impact. It is one thing to advise someone about using ORS or benefits of exclusive breast feeding but enabling them to view a variety of digital content explaining the rationale behind the advice is another. By engaging the curiosity of the individual for whom the intervention is intended we turn her into a emboldened stakeholder who is far more likely to adhere to advice than a passive recipient.

These are but just a few hypothetical applications. Wikimedia also has many other projects such as Wikibooks, Wikitravels and so on. Talking about all of which is beyond the scope of this article but I am listing them because I have used these as well and found them to be very enabling. I learnt the basics of 3-D modelling using the Wikibooks on blender, which was a very enabling experience.

It makes sense to increase access to such evolving repositories of knowledge. The possibilities are endless and the irony is that instead of taking a step forward we just took one backwards. Countries like India and Nepal are full of upwardly mobile youth who are restless and hungry for ideas, who wish to see a change and are willing to work towards it.

Stifling such a wonderful force by refusing to remove or even acknowledge barriers to information would be an unimaginable loss. The slow demise of Wikipedia Zero on the subcontinent should be afforded greater attention by policy makers and public alike.

Shwetank Singh is currently studying at the B.P. Koirala Institute of Health Sciences in Dharan, Nepal.