How Many Billionaires Will Get Away While India's 'Chowkidar' Looks On?

Under Narendra Modi's rule, a string of well-connected businessmen have been able to escape legal consequences. 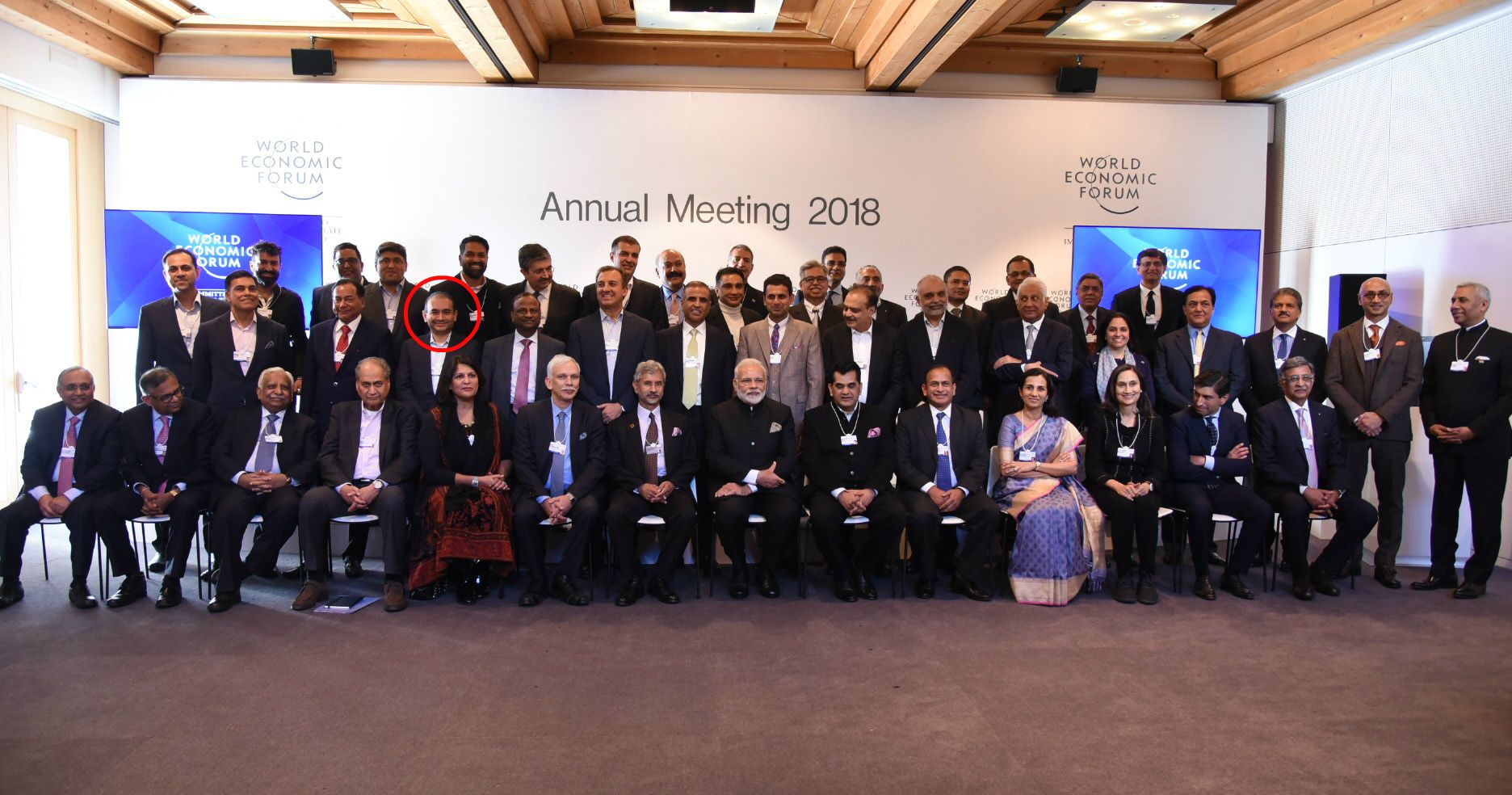 Has the Narendra Modi bubble burst? Was the spectacular Ponzi scheme run by Nirav Modi – in which an estimated fraud of Rs 11,400 crore was committed in connivance with officials of the Punjab National Bank – the final jab in his much-vaunted anti-corruption campaign?

Narendra Modi was the self-proclaimed “chowkidar (guard)” of the public’s money on his campaign run as the BJP’s prime ministerial candidate and had promised to “end the loot of public money”. Yet, even after Nirav Modi  and his family including his wife, younger brother Neeshal Modi and uncle Mehul Choksi left the country, he managed a photograph with the prime minister in Davos. The PMO had also not acted on a whistleblower letter with extensive details about the shenanigans of the Choksi-Modi duo, which was sent in 2016.

Nirav Modi’s picture with the CEO delegation posing with the prime minister was tweeted by both the Ministry of External Affairs and PMO Twitter handles. The MEA chose to go with a glowing header: “Together we can! PM narendramodi with Indian CEOs present at the WorldEconomicForum working hand-in-hand towards a brighter future for the country.”

The government launched a high-decibel damage control exercise, with ministers claiming that Nirav Modi was not a part of the PMO delegation but just snuck into the picture. This claim does not wash, as nobody can casually access the Indian prime minister and accost him, either in India or abroad.

The Special Protection Group (SPG) which guards the prime minister around the clock keeps the area immediately around him “sanitised”, and only those who have been security cleared and whose identity has been established are allowed anywhere near. In any case, for a staged photo-op where even the chairs were laid in advance, it was impossible for Nirav Modi to just photobomb. Interestingly, his uncle Choksi attended a jewellers event at 7 Lok Kalyan Marg, where the prime minister referred to him as “Mehul bhai“.

The “chowkidar” claim made by Modi is also in tatters. During his four years in office, a string of billionaire defaulters have brazenly made what a top BJP minister described to me as “assisted escapes”.

Consider this. Lalit Modi, the erstwhile Indian Premier League honcho, was extended “humanitarian assistance” by external affairs minister Sushma Swaraj with emergency papers for travel in June 2015, and Rajasthan chief minister Vasundhara Raje, who is particularly close to him, gave him a testimonial. Lalit Modi now criss-crosses the globe, from one luxury destination to another, and thumbs his nose at the Indian authorities.

Vijay Mallya of Kingfisher Airlines, who defrauded state-run banks of Rs 9,000 crore, left after putting in a brief appearance in parliament, where he had been elected to the Rajya Sabha with help from the BJP’s surplus votes. Mallya left on March 1, 2016, whizzing through immigration with ease. This after a lookout notice was issued for Mallya on October 16, 2015. This was surprisingly amended a month later, on November 24, 2015.

The CBI informed the Supreme Court that it had “downgraded” its lookout notice against Mallya – instead of him being stopped at airports, the CBI merely needed to be informed that he has taken a flight. 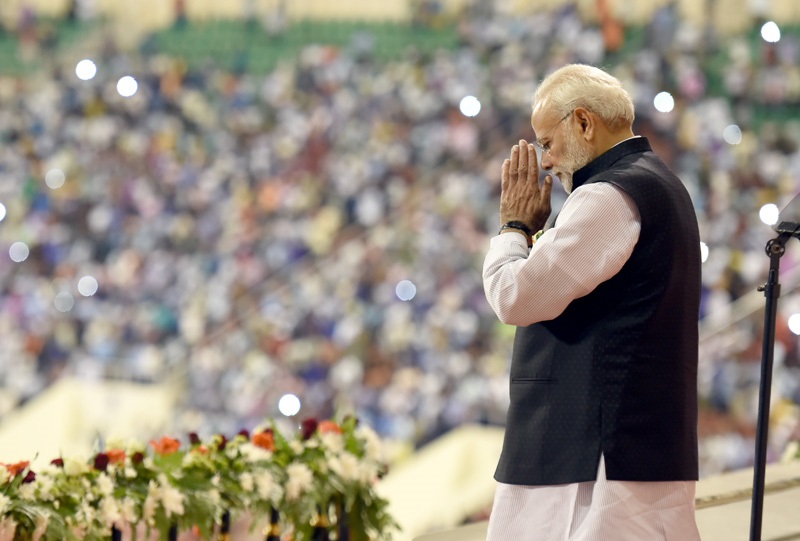 Still wondering about the “assisted escape” seva? Consider the case of well-connected arms dealer Sanjay Bhandari, who is believed to be the key player in the Augusta deal and whom the Modi government alleged was linked to Robert Vadra after income tax authorities claimed to have found an email chain linking the two.

Bhandari, who had Rs 21 crore worth of assets seized by the Enforcement Directorate under the Prevention of Money Laundering Act (PMLA), was allowed to quietly slip out in December two years ago.

Was the BJP, while loudly proclaiming Bhandari’s Vadra connection, actually helping the Congress by allowing the arms dealer fugitive to slip away? Bhandari is close to an editor of a Delhi-based newspaper and had exchanged almost 500 calls with him, according to phone records available with the income tax authorities. Despite repeated requests to the PMO and the finance ministry, permission was not given to interrogate the editor.

The whistleblower in the Choksi Gitanjali case, Hari Prasad, has given numerous accounts of how he tried alerting the government in vain. Prasad had filed a criminal complaint with the Bangalore police in 2015 saying that he was cheated by Choksi, and wrote to the PMO with extensive details next year. He received an acknowledgement that his complaint had been forwarded to the Registrar of Companies. No action was taken, and “Mehul bhai” continued his charmed existence.

Sources say that Nirav Modi flaunted his younger brother’s marriage to Mukesh Ambani’s niece and ensured that it took him places.

Modi’s claim on being a custodian of public money and the much-hyped “good governance” which he talks about constantly while on the stump is exposed by the recapitalisation of public sector banks. The plan is to use Rs 88,000 crore of public money to bail out stressed PSU banks. But what audit oversight did the Reserve Bank of India or the Punjab National Bank – the country’s second largest public sector bank after State Bank of India – display when a fraud of this magnitude was going on?

Banks have certain well-established guidelines: concurrent audit, internal audit, external audit and RBI audit. PNB, the RBI and the finance ministry have a lot to answer for, but so far the articulate finance minister Arun Jaitley and RBI governor Urjit Patel have maintained a deafening silence. The prime minister has also not said a word on the fraud, preferring mute mode and giving Class 12 students – who will soon be voters – tips on how to cope with exam stress.

Clearly, all chowkidari in this government ends if you are a billionaire in distress. All pain is transferred to PSU banks. Like the 2G case where no one was found guilty, the BJP’s anti-corruption plank seems like a jumla.

So while Nirav Modi is wallowing in luxury in New York with a plush view of Central Park, the government has officially said it does not know where he is and it is not in touch with him.

Nirav Modi is clearly a man with a diamond touch when it matters.