Mukesh Ambani Planning to Take on Amazon, Walmart With an E-Commerce Platform

Ambani had previously spoken of leveraging the Jio network for launching some sort of an e-commerce venture. Jio has over 280 million subscribers with internet access. 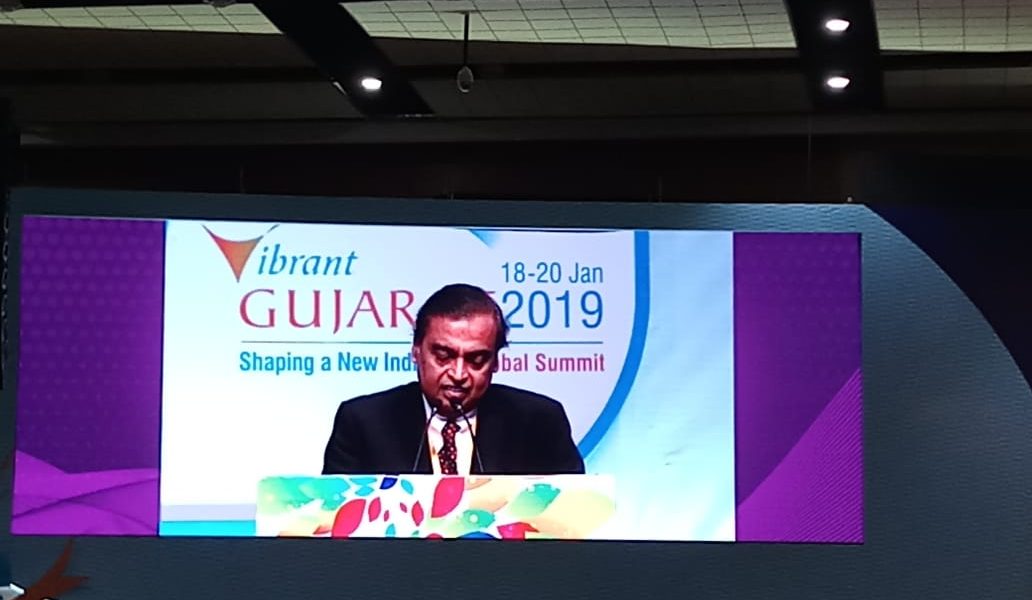 Gandhinagar: Mukesh Ambani is planning to create an online-to-offline platform that would take on the likes of Amazon and Walmart, which are both betting big on India’s e-commerce market.

Speaking at the 9th Vibrant Gujarat Summit here, he outlined plans for his online shopping platform.

Without giving timelines, he said Jio and Reliance Retail, which has over 9,000 stores across 6,500-plus towns in the country, will launch “a unique new commerce platform to empower and enrich our 12 lakh small retailers and shopkeepers in Gujarat – which are part of over three crore community in India.”

Ambani had previously spoken of leveraging the Jio network for launching some sort of an e-commerce venture. Jio has over 280 million subscribers with internet access.

He also urged Prime Minister Narendra Modi to take steps to end increasing “data colonisation” by global corporations, saying Indians should own and control their own data.

Speaking at the Vibrant Gujarat Summit, Ambani drew parallels to Mahatma Gandhi’s movement against political colonisation to call for a revolution against data colonisation.

“Data is the new oil (in the new world order). And data is the new wealth. India’s data must be controlled and owned by Indian people – and not by corporates, especially global corporations,” the Reliance Industries chairman said.

The comments come amid a debate over balancing user protections with support for the fast booming digital economy. Foreign giants and hundreds of home-growth startups have flourished amid a dearth of regulation.

“Today, we have to collectively launch a new movement against data colonisation. For India to succeed in this data-driven revolution, we will have to migrate the control and ownership of Indian data back to India – in other words, Indian wealth back to every Indian,” he said. “Honourable Prime Minister, I am sure you will make this one of the principal goals of your Digital India mission.”

This is the second time within a month that Ambani has backed Indian authorities’ efforts to get companies to store data locally.

The government wants companies doing business in India to store all customer data locally. The Reserve Bank of India (RBI) in April 2018 ordered companies to store the “the entire data relating to payment systems operated by them… in a system only in India” so as to ensure “unfettered supervisory access” for “better monitoring”.

The government is considering a draft data security law that requires data centres for all companies be physically located within India. Also under consideration is an e-commerce policy that requires the storage of customer data in the country.

The draft data privacy bill recommends restrictions on the transfer and storage of information by global giants from Facebook to Google.

An e-commerce policy last month tightened rules to disallow foreign-owned online retailers from pushing merchants to sell exclusively through their platforms. It also barred them from selling products via companies in which they own equity.

Ambani, who had himself supercharged internet adoption by helping crash data prices with the launch of his telecom venture Jio in 2016, had last month in Mumbai stated that “data colonisation is as bad as the previous forms of colonisation.”