The debate surrounding tax treaty arbitration in India has largely been dominated by the misplaced sovereignty argument. 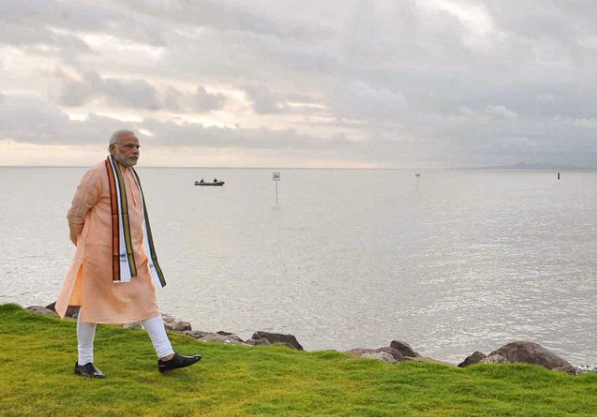 Ever since the OECD launched the base erosion and profit shifting (BEPS) project in 2013, governments around the world have spent and continue to spend considerable time and effort on changing the way in which multinational corporations are taxed. The chief objective behind the BEPS project, which comprises 15 ‘Action Items’, is to ensure that profits are taxed where economic activities occur and where value is created. The current government, led by Prime Minister Narendra Modi, has repeatedly expressed its commitment to the BEPS project and has taken important steps in this direction, as demonstrated from recent budget pronouncements.

To begin with, the government has introduced a place of effective management test to determine tax residence of companies; it has amended tax treaties with Mauritius, Cyprus and Singapore to limit abuse and prevent round tripping of funds (BEPS Action 6); it has put in place a new country-by-country reporting requirement (BEPS Action 13) for large companies; and has introduced new interest deductibility rules. The introduction of a 6% equalisation levy to address tax challenges posed by the digital economy (BEPS Action 1) has already caught much worldwide attention. And the list goes on.

These measures will inevitably result in added uncertainty for taxpayers, leading to unintended double taxation in some cases. One of the ways to tackle this problem, while simultaneously making the BEPS project a success, is to further strengthen the dispute resolution mechanism contained in tax treaties, known as the mutual agreement procedure (MAP). Under a typical MAP clause, a taxpayer may request (within a stipulated time frame) the competent authority of the country of which he is a resident to resolve double tax disputes using the MAP framework.

There are several limitations in the existing MAP framework: first, the objection raised by the taxpayer must “appear” to the competent authority to be “justified”; secondly, there must not be any other “appropriate” or “satisfactory” solution to the dispute; and finally and most importantly, countries are only obliged to “endeavour” to resolve treaty disputes and not to actually resolve such disputes. Besides, the treaties do not provide for any specific timeline within which disputes must be resolved through MAP, leading to delays and taxpayer harassment.

The OECD’s final report on BEPS Action 14, on making dispute resolution mechanisms more effective, recommends the introduction of an in-built state-to-state arbitration mechanism in tax treaties to keep contracting states from prolonging MAP settlement beyond two years, failing which they would have to invoke the arbitration clause. Till date, twenty countries have declared their commitment to provide for mandatory, binding arbitration in their tax treaties. India, however, has been scarcely receptive to the proposal. The debate surrounding tax treaty arbitration in India has largely been dominated by the sovereignty argument, that is, it will limit the government’s sovereign right to tax foreign companies.

The sovereignty argument, however, is misplaced. A quick look at the BEPS Convention – intended to transpose BEPS recommendations into more than 2,000 tax treaties worldwide at the stroke of a pen – will reveal that the OECD has put in place adequate safeguards to ensure that national sovereignty in tax matters is not unduly compromised. Among other safeguards, it is proposed that arbitration be invoked only if treaty countries are unable to settle disputes through MAP; countries may choose their arbitrators while the Chair is not to be a national or resident of either country; and the arbitrator is to only select as its decision (without providing any reasons) either of the proposed resolutions put forward by the countries. Countries may also terminate the arbitration proceedings in certain cases.

Having said that, the question of India having to surrender its sovereignty in tax matters does not arise as tax arbitration is only intended to act as deterrence for countries to arrive at a MAP settlement in an efficient and time-bound manner and the idea of incorporating arbitration in tax treaties is to not go for tax arbitration in the first place. Before the OECD’s final report was released, experts were concerned about the potential threat that binding tax arbitration could pose to the MAP framework itself. The question that was often asked was whether mandatory tax arbitration will serve the desired purpose when the invocation of MAP itself was discretionary. But the OECD has well addressed this concern in its report, which recommends that treaties be amended to provide taxpayers the liberty to lodge MAP requests with either of the two treaty countries (instead of mandatorily lodging it with the resident country).

Those of us who closely follow India’s MAP program will agree that it begs for reform. India does not publish annual MAP statistics nor does it have proper guidance in place, which adds to the uncertainty and opaqueness. There is no specific information on India’s MAP program such as the date of filing of cases, kind of disputes that they relate to, time taken to resolve these disputes, details of progress made in MAP meetings held so far, if resolution of any of these cases was stalled etc. In fact, the Central Board of Direct Taxes on April 13, 2017, conveniently declined my RTI request for these details stating that “the information sought is not maintained in my office” (Ref.No. CBODT/R/2017/50411/3).

Back in 2014, Parthasarathi Shome, in his report to the government, stressed how mounting transfer pricing disputes have adversely affected the external investment scenario. The report points out several inherent limitations in the MAP framework, stating that “more often than not, bureaucratic overhang comes in the way of successful negotiation of MAP outcomes between the competent authorities of the two negotiating countries.” “The present MAP is not sufficiently transparent,” the report continues, stressing that “the record of discussions in the MAP is not made public” and “taxpayers are often circumspect as to the degree of confidential information that they could share with MAP authorities.”

Recent measures taken by the government to implement some of the BEPS proposals will likely result in uncertainty and litigation and it is only necessary (in view of gaps in the judicial processes) that the government strengthens the existing MAP framework by implementing tax arbitration to resolve international tax disputes. The inclusion of binding, mandatory arbitration in tax treaties will send a strong and positive signal to reassure foreign investors that India is committed to preventing double taxation both in law and in spirit.