How Delayed and Diluted Action by CBI, Government Banks Allowed Mallya to Flee

What exactly was the state of investigation in late 2015 and early 2016, months before the liquor baron skipped town? How strong was the case against Mallya at the time? The Wire breaks it down.

Is this the end of the line for Vijay Mallya? Credit: Reuters

New Delhi: The puzzling and mysterious manner in which the Central Bureau of Investigation (CBI) downgraded its look-out-circular (LoC) against billionaire-turned-fugitive Vijay Mallya has once again become a matter of public scrutiny in light of the liquor baron’s recent comment on the manner of his departure from India in 2016. and the arguments this has triggered between the Modi government and the opposition.

The investigative agency’s primary defence – both back in 2016 and now – has been that it didn’t have enough evidence to issue an LoC for detention or arrest as that would allegedly require a non-bailable warrant.

Consequently, the LoC that had been issued for detention by the CBI in October 2015 was an “inadvertent error” and thus was downgraded to a mere track-and-intimate notice in November 2015.

Broadly speaking, there are two main categories of look-out notices or circulars (with a few variations) that India’s investigative agencies put in place. The first is where immigration authorities track the itinerary of an individual and inform the CBI of the person’s movements when she or he leaves or enters the country. The second is when immigration authorities are required to stop the individual from leaving or detain them when they return back to India.

This was the basis on which the Greenpeace activist Priya Pillai was stopped from boarding a flight to London in 2015. She was not detained or arrested, merely told that she would not be allowed to leave the country.

In the case of Mallya, a similar circular was in place briefly and the CBI – and the Modi government – have come under fire for changing its category from the ‘detaining’ type to the ‘informing’ kind.

Multiple media reports, quoting anonymous officials and CBI spokespersons, have pointed towards the investigative agency’s anger at India’s banks. The implication being if lenders had stepped forward earlier and helped out with the investigation, a stronger case could have been made out sooner, which in turn would have allowed the authorities to stop Mallya from leaving.

But what exactly was the state of investigation in late 2015 and early 2016, months before the liquor baron skipped town? How strong was the case against Mallya at the time? The Wire breaks it down.

By 2013, there was not much left of a functioning Kingfisher Airlines. It had stopped operations in 2012, with its licence being confiscated in the same year. By March 2013, the company’s net-worth had fallen to a negative of nearly Rs 13,000 crore.

The holding company, United Breweries Holdings Limited, was approached in late 2013 by a consortium of banks including the State Bank of India (SBI) for payment of nearly Rs 6,500 in loans for Kingfisher Airlines. At the time, while there was much frustration within the banking community, Mallya assured his lenders that a large portion of the loan would be settled soon.

By early 2014, the CBI had started examining top NPA (non-performing asset) cases but without registering official cases. In May 2014, DNA ran a curious story that stated that when the CBI’s bank securities and fraud wing paid a visit to the SBI’s offices to ask for documents on the Kingfisher Airlines case, they were told that the bank was in the process of recovery and there was no instance of fraud.

SBI chief Arundhati Bhattacharya at the time publicly stated that there was “no question about not cooperating with any authorised investigative agency” and that the “CBI is always welcome to investigate”.

Nevertheless, if in early 2014 the general sentiment amongst the Indian banking community was that Kingfisher was merely a bad NPA, it slowly changed towards the end of the year. 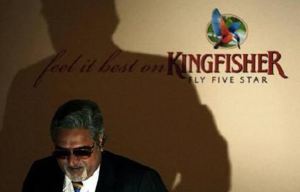 In August 2014, the CBI registered a preliminary inquiry and stated its intention to probe a loan of Rs 950 crore given by IDBI to Kingfisher Airlines – the rationale being that IDBI gave a fresh loan years after the initial consortium funded the company and the loans had turned sour. At the time, media reports noted that the CBI could expand its probe to look at other banks.

In the same month, multiple government-owned banks including SBI, United Bank of India and Punjab National Bank started the process of declaring Mallya a “wilful defaulter” – a classification of borrower that potentially implies wrongdoing; where money could have been paid back but was not, or that the borrowed funds were used for other purposes.

On October 10, 2015, the CBI carried out searches at five places, including the Mallya’s residential and official premises, in connection with the IDBI case. At the time, media reports noted that raids were carried out in Mumbai, Goa, Bangalore and other places.

Here’s where things get curious. The first look-out-circular (LoC) was issued on October 16 – this LoC allowed for detaining Vijay Mallya if he left the country or if he returned to India. At least one media report from the time says that this LoC was issued because CBI officials could not find Mallya during its October 10 raids. The liquor baron apparently was in London at the time.

Noted criminal lawyer Siddharth Luthra has pointed out that these LoCs are issued when there are reasonable circumstances of a flight-risk or when an individual is refusing to cooperate in an ongoing investigation.

The CBI has stated that its “inadvertent” mistake with regard to the LoC was discovered on November 23, 2015, when it “got a call from immigration authorities informing them of Mallya’s imminent arrival from London”. It was at the time the CBI apparently learned that it had mistakenly issued a LoC for Mallya’s detention, which was then changed.

The investigative agency’s official version of these events – that a junior officer accidentally ticked the wrong box on the form, and thus issued a wrong LOC – has been hotly contested by other media reports who quote former CBI officials as saying it would be highly unlikely that such a thing could happen.

But the CBI has also stated  that it didn’t have enough evidence at the time to issue an arrest warrant and that because Mallya did in fact turn up for questioning in India in December 2015, it didn’t have appropriate grounds to consider him a flight risk. 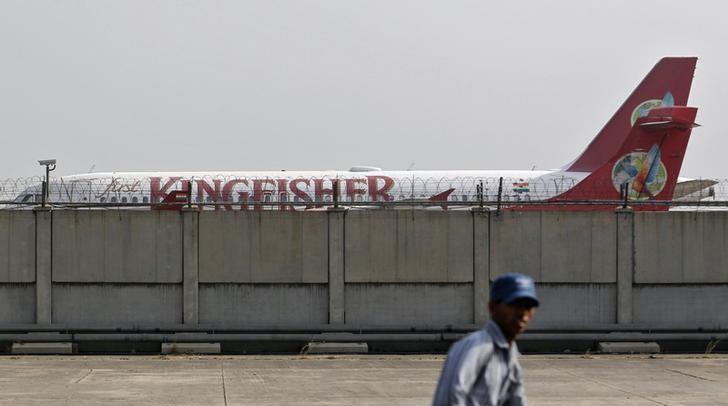 A Kingfisher Airlines aircraft is seen parked at the airport in New Delhi May 30, 2013. Credit: Reuters/Anindito Mukherjee/Files

As for the CBI,  it prosecution appears to have only started seeing traction  in August 2016, well after Mallya had flown the coop – when the Enforcement Directorate also registered a case of money laundering.

So what else was happening while the CBI investigation was muddling along at the end of 2015?

As pointed out above, in November 2015, the banks officially declared him a wilful defaulter.

A few months before that, in September 2015, perhaps in anticipation of the banks’ move, the Serious Fraud Investigation Office (SFIO) had launched a probe into alleged diversion of funds by Kingfisher Airlines.

The SFIO is a fraud investigative agency that comes under the ministry of corporate affairs.

United Spirits itself confirmed in a Bombay Stock Exchange filing that month that the SFIO had sought information from the company on possible diversion of funds to other group companies and that it was cooperating with the investigative agency.

At the same time, India’s service tax department had for a few years been waging a lonely court battle to get Kingfisher Airlines to cough up nearly Rs 500 crore in service tax. A few days after Mallya fled the country on March 2, 2016, the department finally approached the Bombay high court to get the billionaire’s passport impounded.

At the time of the hearing, however, Bombay high court justice C.V. Bhadang interestingly slammed the tax department for its delay in the matter. The judge noted that the agency had failed to serve notices on Mallya and his lawyers in September and December 2015 – right around the time the CBI investigation had gotten underway and the banks declared the liquor baron a wilful defaulter.

“If the service tax department was so serious about recovering its dues and bringing the guilty to book, why did it not serve notice to all parties immediately,” asked Justice Bhadang in his open court remarks, adding “why did it (the department) wait till March 2 to approach the high court again”.

It was on February 26, 2016, that things really started moving. United Spirits announced on that day that it had reached a settlement with Mallya and that the controversial businessman would step down as a chairman and receive a $75-million golden handshake.

This effectively sent alarm bells ringing: the very next day, the SBI-led consortium moved the debts recovery tribunal (DRT) in Bangalore, asking that the severance payment be kept in escrow till the liquor baron cleared his dues and that Mallya’s passport be attached.

On March 2, 2016, Mallya fled the country for London. A few days after that, with the DRT and the Karnataka high court refusing to provide relief, the banking consortium finally approached the Supreme Court.

Shortly after Mallya fled on March 2, 2016, senior advocate Dushyant Dave revealed that the State Bank of India had consulted him on February 28, a Sunday, about their apprehensions that he was about to leave India for good. Dave advised SBI to move the Supreme Court on Monday, March 1, so that he be restrained from going abroad. But the bank delayed moving the court until it was too late, he said. Speaking to India Today TV on September 13, 2018, Dave said that SBI essentially failed to show up in court on March 1.

Other legal experts have also said the creditor banks could have approached the courts through a civil suit and asked for travel restrictions to be placed on Mallya.

As for the CBI, on the same day Mallya skipped town, the investigative agency’s chief Anil Sinha happened to give a speech at a conference organised by the Indian Banks’ Association, where he soundly criticised the manner in which Kingfisher’s lenders had handled the case.

“Despite our repeated requests, the banks did not file a complaint [about Mallya] with the CBI,” Sinha reportedly said.

“We had to register the case on our own initiative. The question is that the undue delay in identifying and reporting such a fraud has jeopardised the cause of justice to the offenders benefit, giving them opportunity to divert funds and destroy evidence. All of us must ponder over this issue.”