R.C. Bhargava said certain products are imported as there is "little choice in the matter" due to their non-availability in India, or because of quality and pricing issues. 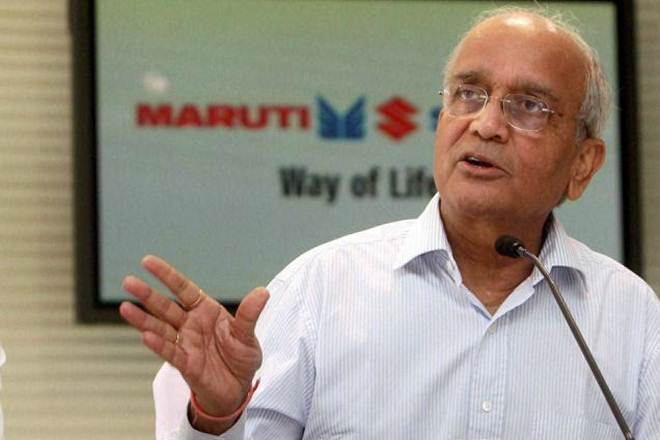 New Delhi: The answer to calls for boycotting Chinese imports lies in making Indian manufacturing much more competitive, deeper and widespread, but people should remember that shunning products from the neighbouring country may lead to them paying more for goods, Maruti Suzuki chairman R.C. Bhargava said.

While stating that importing continuously for long period “is not really in anybody’s commercial interest”, Bhargava also asserted that certain products continue to be imported as there is “little choice in the matter” due to their non-availability in India, or because of quality and pricing issues.

“Everybody knows that importing products over time actually becomes more and more expensive as the rupee gets weaker. If you were importing something 10 years ago, the same product today will cost 60-70% higher…

“So it is not really in anybody’s commercial interest to continue to import, you import because you really have little choice in the matter,” Bhargava told PTI in an interview.

He further said, “The answer to the sentiments which are being expressed is to make Indian manufacturing much more competitive, much more deeper, much more widespread. What the prime minister has said about ‘atmanirbhar’ means exactly that. If you start making more products in India at competitive prices, people will not import those products.”

Asked if companies, including those in the automotive sector, need to worry in the wake of rising voices against Chinese imports following Indo-China border clashes in Ladakh, Bhargava said, “This is a natural reaction to what has happened on the border. We had this happen with Pakistan also. It doesn’t become policy. I think the policymakers think carefully before they make or unmake a policy. They don’t react to popular sentiments.”

He also underlined the need to understand whether stopping import will hurt or benefit India.

Asked if importing from China is inevitable under the current circumstances, Bhargava said, “Yes, unless we can find alternative sources of imports and which do not raise the prices to a level that consumers will get hurt.”

“Remember, the price of imports, ultimately who pays it? Consumers. The same people who are asking for a boycott have to remember that in some cases it may lead to their being asked to pay more for the same product. Are they ready for that?” he added.

He also called for a comprehensive understanding of the circumstances and taking informed decisions on the pros and cons of importing from China before being swayed by sentiments.

“(In case of stopping imports from China) consumers will not get a car if a car has 2% Chinese imports. If you stop that 2% and stop making the car, who will it hurt? India or otherwise? How many jobs will we lose? How many people will lose a living? How much taxes will be lost?” Bhargava asked.

Commenting on instances of consumers cancelling bookings of vehicles from a Chinese auto firm, he said, “That is the expression of a sentiment. I understand popular sentiment.