Macquarie Capital has added to Paytm’s trouble by releasing an analyst report which has cut the target price to Rs 450, after considering the lower valuations for fintech firms around the globe. 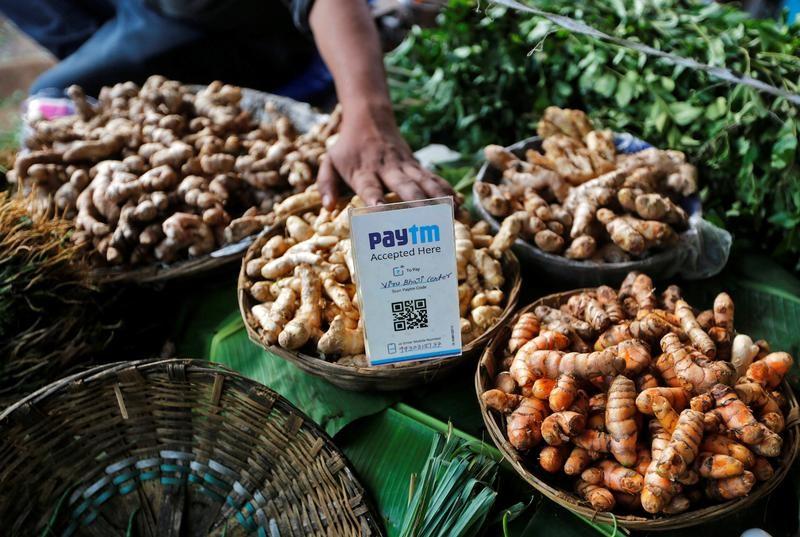 Paytm’s fall from grace is the stuff stock market’s cautionary tales are made of. Parallels to the mythical Greek character Icarus who flew too high, a little too soon only to come crashing down might sound dramatic but are rather apt in Paytm’s case.

Gone are the days when freshly minted, self-proclaimed stock market experts on social media would aggressively encourage investors to apply for the Paytm IPO. After the disastrous debut of Paytm on November 18, when the scrip’s freefall wiped out Rs 38,000 crore in valuation, it is only memes and angry fulminations of investors that populate social media platforms.

While promoters and institutional investors can still bear the heat of Paytm’s fall, it is the retail investors who are really rueing their decision to invest in the stock. Those that were elated at receiving allotments of Paytm share had disappointment in store for them on the first day of listing itself when the stock kicked off at the debut price of Rs 1,950 – at 9% discount from the listing price and crashed and burnt to Rs 1,564 per share. In the next few days, it did recover to Rs 1,798-1,800 per share but since then its price chart looks like a boulder rolling downhill. The scrip price at the end of March 17, 2022, was Rs 594.25, a painful 72% fall from its listing price of Rs 2,150.

Right about now, Paytm’s investors and promoters would be hoping for a silver lining in the dark clouds that have been the last few months. Well, silver linings are running low in supply and Macquarie Capital has added to Paytm’s trouble by releasing an analyst report which has cut the target price to Rs 450. Macquarie’s Suresh Ganapathy and Param Subramanian reasoned a cut in stock price for Paytm after considering the comparatively lower valuations for fintech companies around the globe.

In its report, Macquarie Capital contends that demanding fintech regulations will act as potential headwinds against the company. These headwinds include digital payments paper which will likely cap wallet charges and impose tougher BNPL and KYC norms.

Recently, on March 11, the Reserve Bank of India, in the course of its annual inspection found that the servers of the digital payment company had shared information with China-based firms that indirectly hold a stake in Paytm Payments Bank. Business news outlet Bloomberg reported that the bank had allowed data to flow to servers located outside India, which is in violation of Indian data norms. The Bloomberg report also stated that the company was under the scanner for not putting its customers through proper verification protocols.

In response to the Bloomberg report, Paytm hit back stating that the report was completely false and misleading and that “Paytm Payments Bank” is “a completely homegrown bank” that is fully compliant with RBI’s data localisation norms.

In its March 11 order, RBI also directed the company to stop onboarding new customers immediately. Paytm has also been directed by the regulator to appoint an IT audit firm charged with the responsibility of conducting a comprehensive audit of its IT systems. The company will be free to onboard new customers once RBI reviews the audit report and grants authorisation subject to specific permissions.

“With the RBI recently raising issues with PayTM payments bank and Chinese ownership being over 25 per cent, the probability of PayTM getting a banking license is significantly lower now, thereby impeding its ability to lend. Given this, and competition from other fintechs in the payments space, we’re skeptical about PayTM’s longer-term ability to generate free cash flow,” Macquarie Capital states in its note.

Macquarie in its note further cautions: “RBI’s regulations on digital payments and BNPL, and stricter KYC and compliance norms will all be adverse developments for fintech companies in general, potentially bringing down unit economics and/or growth, in our view. We see these as additional headwinds for PayTM, which could cloud its path towards profitability.”

Troubles for Paytm seem to be brewing from all ends. Recently, Vijay Shekhar Sharma found himself in the crosshairs of Delhi police after he allegedly rammed into the car of the South Delhi Deputy Commissioner of Police, Benita Mary Jaiker. The DCP’s driver, a constable on duty, immediately noted down the number of the Land Rover, and in the course of further investigation, the offending vehicle was traced back to Vijay Shekhar Sharma. An FIR under section 279, which deals with rash driving, was registered and Sharma was subsequently arrested. He is currently out on bail.

In case, retail investors are berating themselves for investing in Paytm, there is much succour to be drawn from the fact that accompanying them on the stock’s downward slope is the famed investor guru Warren “Oracle of Omaha” Buffett. His firm Berkshire Hathaway (BH International Holdings) way back in September 2018 invested $300 million (Rs 2,179 crore in INR) for a 2.6% stake in the company.