How Does India Score Well on Competitiveness But Poorly on Ease of Doing Business?

If India is to become truly competitive, the government must improve efficiency and transparency of public administration among other factors. 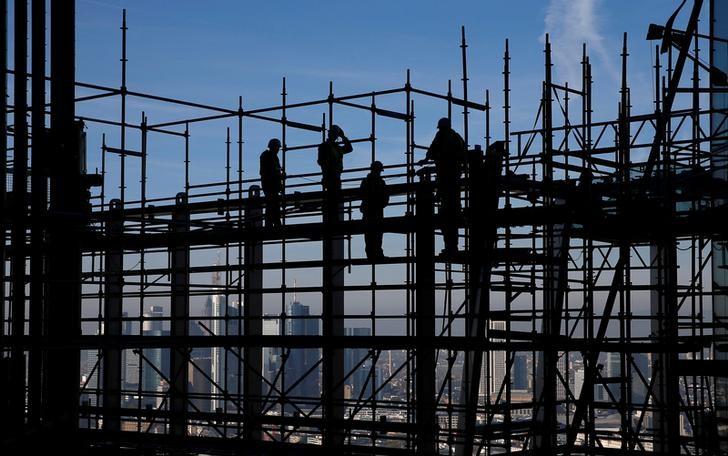 It’s that time of year when the topic of competitiveness is again making headlines.  The World Economic Forum (WEF) has recently released the 2016 edition of their ‘global competitiveness report’. This year’s report reveals three interesting insights. First, mere monetary policy stimulus is not enough to revitalise growth. Second, technology and innovation play a greater role compared to other factors in driving growth and competitiveness. Third, declining openness is putting future growth and prosperity at risk.

The last one is the indisputable global trend that is becoming gradually visible as trade in goods and services has been declining steadily accompanied by increasing protectionism, globally. The other two offer some interesting lessons for immediate consideration of policy makers.

Let’s start with a big question first – how much reliance should be there on monetary policy to increase growth? This is an important question for India as lately there has been some tension between the Modi government and the RBI over how this tool should be used to  spur growth. Former RBI Governor Raghuram Rajan focussed more on reining in inflation at 4%. His approach seemed to focus on a fundamental point that growth is also a function of fiscal policy measures which are managed by the government but there was little satisfactory evidence that such measures yielded desired results – an unimpressive industrial production index is a testimony to that fact. Therefore his decision on targeting a specific interest rate was also to nudge the government on improving its performance.  His successor and current RBI Governor Urjit Patel and the monetary policy committee (MPC) on the other hand appear to have deviated from this approach. The MPC has reduced interest rates unanimously ahead of a festive season which could trigger some serious consumption even though it remains to be seen if banks will pass on the reduced rates to consumers. In the past, they did not. However, the State Bank of India chairperson, Arundhati Bhattacharya, has said that rate cuts will be passed on.

Amongst other things, what may have influenced Patel and the MPC’s decision is the fact that permissible inflation range is between two to six per cent and as long as that room is available tinkering of a few basis points is legitimate; depending on mood of the nation. Nevertheless, it has left everyone guessing which out of the two approaches is the correct one?

There is no black or white answer to this question but one thing that seems apparent is that while the latest decision appears to be essentially informed by economic considerations alone, Rajan’s may have been based on more holistic view of the nation and not just economy – an aspect that was clear from his speeches.

In that sense, the WEF’s report vindicates Rajan as it asserts that to revitalise growth a comprehensive approach rather than mere monetary policy stimulus is required. But then the leading question is – isn’t that the job of the government instead of the central bank? While the debate on such nuances will continue endlessly, another important insight from the report is what constitutes a comprehensive approach to competitiveness.

The report suggests that it is the combination of ‘basic requirements’ which includes presence of institutions, infrastructure, macroeconomic environment, health and primary education; ‘efficiency enhancers’ such as higher education/training, well-functioning goods, labour and financial markets and ‘innovation and sophistication’, which consists of more complex areas that require an economy to be able to draw on world-class businesses and research establishments, as well as an innovative, and supportive government.

India’s ranking on these three pillars is 63rd, 46th and 30th respectively putting the country at an overall 39th rank from amongst 138 countries. Interestingly, the category of nations that India is grouped under is only second to the top.

This is both intriguing and interesting especially when one looks at World Bank’s ease of doing business (EoDB) rankings which place India at a low of 130 from amongst 189 nations. Clearly, EoDB influences competitiveness of a nation among various others factors but the two ratings juxtaposed to each other seem to suggest a confusing picture.

To find a precise answer to this puzzle one may have to undertake rigorous analysis.  However, prima facie the answer could well be shrouded under the facts that EoDB rankings consider data from only two cities (Mumbai and Delhi) and that India is still pretty low (63rd) in ranking on ‘basic requirements’ under the competitiveness scale. This, amongst other things, includes efficiency and transparency of public administration. Since most aspects under EoDB have considerable interface with public administration, it is no surprise that India figures low on one score and relatively better on the other.

Now let’s turn to the second highlight of the report i.e. technology and innovation are more crucial drivers of competitiveness than others. If one goes by last year’s state competitiveness report of the Institute of Competitiveness published by Mint only six states in India can be classified as innovation-driven economies. This means that India is still a distance away from being optimally competitive even though it’s improvement in innovation has been relatively good.

It must be remembered here that innovation will thrive if there is a better ecosystem for research and development. For that, what is ultimately needed is an appropriately educated and capacitated manpower. This means if India has to become truly competitive it will have to aim at improving the ranking on ‘basic requirements’ from current 63 to a much better score.

This would also mean increasing FDI inflows as along with it can come global innovations and best practices from other countries and should work towards boosting the level of international trade. With the debate on globalisation becoming increasingly politicised and by implication also polarised, it appears to be an uphill task. The WEF report has identified this aspect as the third key determinant of competitiveness and has identified a subtle play of Non-Tariff Barriers (NTBs) as a significant factor in declining openness amongst nations. One such NTB could pertain to limited and insufficient connectivity, which India has begun to address, particularly as part of its Act East Policy, i.e. its linkages with South East Asia, where trade expansion has strong potential.

The authors work for CUTS International, a public policy research and advocacy group.