In quashing the mining leases, the apex court has bluntly stated that the BJP-ruled state government was willing to sacrifice the rule of the law for the benefit of the lease holders. 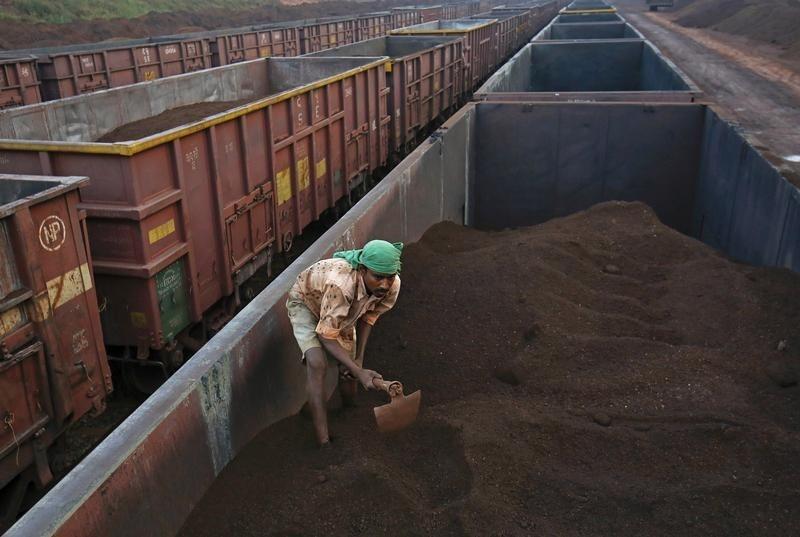 New Delhi: The Supreme Court on Wednesday quashed the controversial second renewal of 88 iron ore mining leases by the Goa government in late 2014 and early 2015.

A bench of Justices Madan B. Lokur and Deepak Gupta has given leaseholders another month (till March 15, 2018) to manage their affairs and wind up their operations until fresh mining leases and environmental clearances are granted.

In doing so, the Supreme Court has paid a great deal of attention to the process by which the leases were renewed and has questioned the state government and the environment ministry’s actions. Its conclusion? The “undue haste” in which the state government acted gives the impression that it was “willing to sacrifice the rule law for the benefit of the mining lease holders”.

While the apex court has conceded that the BJP-ruled state government was not obligated at the time to grant new leases through “the process of competitive bidding or auction”, it has slammed the speed at which the lease renewals were pushed through, even noting that that the “real intention” of the second renewal was to “satisfy the avariciousness of the mining lease holders”.

From November 2014 to January 12, 2015, the Goa government granted the second renewal of 88 mining leases. These were done partly as a result of its ‘Grant of Mining Leases Policy’, which was published on November 4, 2014, and partly because of a Bombay high court order that directed the government to renew 28 mining leases whose stamp duty had already been collected.

In 2015, a public interest litigation filed by a non-profit (the Goa Foundation) questioned the second renewal, with senior advocate Prashant Bhushan stating that the state’s policy on renewing leases did not conform to the Supreme Court’s earlier line on “optimum utilisation of natural resources” and that the leases had been hastily renewed merely a few days before the new mining policy made auction mandatory.

The Supreme Court crucially notes that between November 4, 2014 (the date on which the state government’s mining leases policy was uploaded on its website), the state granted a second renewal for 88 mining leases – with 31 of those leases being granted on one day, January 12, 2015.

Why is the date of January 12, 2015 significant? As the court notes, it was the day that the Mines and Minerals (Development and Regulation) Amendment Ordinance, 2015 came into force. The amendment mandated, for most cases, the process of competitive bidding and auctioning while granting mining leases.

A partial explanation for this hurry, if we may venture to suggest, is that the State of Goa was aware (like everybody else) on 17th November, 2014 if not earlier, of the policy of the Government of India to auction the grant of mining leases which policy was made available in the public domain on that date and suggestions invited.”

As the court’s judgement notes, the introduction of Section 10B by way of an amendment to the MMDR Act, made it “very clear that if it were to be accepted, auction of mining leases in respect of notified minerals would become a reality if not an obligation”.

“It appears that to circumvent this rather uncomfortable policy, the state pressed the accelerator on the renewal of mining leases from December 2014 onward to benefit mining lease holders. So much so that in respect of five mining leases, the state overstepped the law and granted a second renewal in early January 2015 to some entities without even waiting for any approval or deemed approval of the mining plan from the Indian Bureau of Mines or any other authority,” the judgement notes.

Crucially, the court also notes at one point that of the 88 mining leases that were renewed, 38 of them “were not working for a variety of reasons”, thus making their renewal nothing but an “empty exercise”.

The table above shows that from January 5, 2015 to January 12, 2015, the Goa government granted the second renewal to as many as 56 mining leases.

The Supreme Court notes that this “sudden spur of renewal of mining leases is beyond comprehension”.

Importantly, the apex court notes that the Bombay high court’s 2014 order can’t be used as a justification for the haste. “The judgment and order of the High Court in Lithoferro cannot be used as a shield for explaining the haste,” the order states.

How did the state government defend itself? The order notes that the state appears to have taken the view challenging the decision of the high court would have delayed the commencement of mining operations and that because it was “virtually starved of funds on account of stoppage of mining operations”, it decided to grant a second renewal of mining leases rather than opting for the grant of fresh leases.

The court, on the other hand, doesn’t wholly buy this defence, noting that the urgency exhibited by the state was “motivated rather than genuine”. As it points out:

The very large number of renewals granted over a comparatively brief period is a clear indication that the State did not have “mineral development” in mind but had some other non-statutory interests while taking its decision to grant a second renewal to the mining leases. The haste with which the State took its decision also needs to be understood in the background of the fact that mining had been suspended by the State in September 2012 that is more than two years prior to the grant of second renewals. The urgency suddenly exhibited by the State therefore seems to be make-believe and motivated rather than genuine.

Therefore, mining operations having been suspended for more than two years, the State could have certainly waited for a few weeks more and taken an informed and reasoned decision on granting a second renewal to mining leases – but waiting for a few weeks could have led to an uncomfortable situation that would have compelled the State of Goa to auction the mining leases, hence the haste.

The judgement also examines another issue raised by the Goa Foundation, namely the question of whether fresh environmental clearances must have been obtained. The apex court slams the state government, noting that in this regard it was “more concerned with earning revenue rather than the health of the people of Goa”.

It also specifically calls out the environment ministry for giving green clearances to at least 72 of those mining leases during the second renewal process.

Expressing concern over large-scale violation, the court said “rapacious and rampant exploitation of our natural resources is the hallmark of our iron ore mining sector – coupled with a total lack of concern for the environment and the health and well-being of the denizens in the vicinity of the mines. The real intention of the second renewal was to satisfy the avariciousness of the mining leaseholders who were motivated by profits to be made through the exploitation of natural resources. What is unfortunate about the entire commercial activity of the mining leaseholders is that there was no social or public purpose attached to the mining operations. There was one and only one objective behind the mining activity and that was profit maximization.”

The judges noted that the renewal of the mining leases would give considerable profits to the mining lease-holders well beyond the benefits that could accrue to the state or to the average resident of Goa. Grant of licences in an arbitrary manner certainly cannot be described as being “in the interests of mineral development”. According to the order, the entire exercise undertaken by the state was a hasty charade, regardless of violations of the law by the mining leaseholders, without any benefit to the Indian industry and without any concern for the health of the average Goan.

The court directed the state of Goa to take all necessary steps to expedite recovery of the amounts said to be due from the mining leaseholders pursuant to the show cause notices issued to them and pursuant to other reports available with the government including the report of the Special Investigation Team and the team of chartered accountants.

With inputs from V Shivshankar.