“I don’t have enough money to even buy medicine for myself,” taxi driver Riyaz Ahmed said. 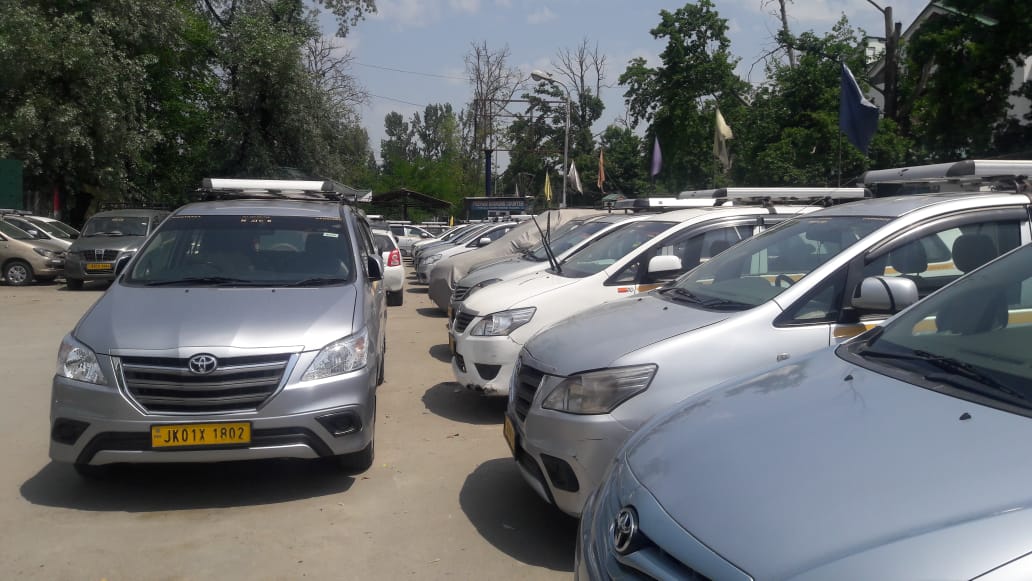 Srinagar: Riyaz Ahmed, a driver from Srinagar city’s Dalgate area, earns his living by ferrying tourists from the otherwise busy TRC taxi stand number 1. For the past few weeks, he has been bringing his vehicle from home and parking it in the yard of the quiet taxi stand. Sometimes he washes his vehicle, restarting it a few times before heading home after a couple of hours. He has been out of work since March. There are no tourists around.

“I don’t have enough money to even buy medicine for myself,” Riyaz said after a pause, when asked how he’s surviving in the lockdown without any earnings.

Following another government-imposed lockdown to contain the spread of coronavirus from mid-March, drivers and other people who made a living from the transport sector in Kashmir are living in misery.

Every year, Riyaz looked forward to the new tourist season so that he could make enough for the rest of the year by ferrying tourists from hotels to different tourist locations in the Valley. But the August 5 lockdown (after the Centre revoked J&K’s special status) and abrupt departure of all the tourists from the Valley following government advisories came as a big blow for him and others associated with the transport sector. And they’re yet to recover. This year’s complete lockdown from March to contain the spread of COVID-19 further shattered their hopes of earning enough to survive this year.

Riyaz’s co-workers and friends in the transport sector have similar stories to narrate. He said before Eid they had to borrow some money from their friends and neighbours. One of his friends, also a driver who has also been out of work since March, was devastated after his young daughter was diagnosed with blood cancer soon after another lockdown was imposed in March.

“Now he’s making desperate rounds of hospitals as his daughter battles for her life,” he said. “It’s painful to see so many of my co-workers and friends suffer like this in silence.”

Riyaz said he’s been working in the transport sector for the past 28 years but he’s never seen such bad times.

“Even at the peak of the militancy in the 1990s, we would find ways to earn something. But for the past 10 months, we have barely earned anything to support our families,” said Riyaz, a father of two teenage children.

He doesn’t know how he’ll repay a debt of Rs 85,000 which he’d taken to buy his own vehicle months before the lockdown.

“All my previous savings were exhausted and even my wife had to spend her little savings so that we could survive the lockdown,” he said, adding that in addition to other household expenses, he has to spend about Rs 800 on his medication every week as he is a diabetic.

“I don’t know how long we will survive like this, as this year’s tourist season is also gone with another lockdown.”

There are more than 60,000 commercial transport vehicles that ply across Kashmir, ferrying public passengers on normal days. More than 1.5 lakh people including vehicle owners, drivers and conductors earn their livelihood from public transport.

On normal days, when the transport is functional, the owner of a vehicle earns between Rs 1,000 to 1,200 per day, out of which the driver is given about Rs 600-700 and the conductor takes about Rs 500 per day. Most of the drivers who don’t own their vehicles and conductors work on a daily-wage basis.

In a recent written representation to the advisor to Lieutenant Governor, Baseer Ahmad Khan, the Kashmir Tourist Taxi Transporters Federation, which operators more than 1,200 vehicles for tourists in the city, asked for financial relief and a two-year motor tax and other tax exemptions so that people associated with the “worst hit sector, who have no other source of income, and their families can survive in the present situation”.

Haji Abdul Rashid, chairman of the Kashmir Tourist Taxi Transporters Federation, said the transport sector is suffering from the double lockdown. He said they’ve approached government officials several times in the past few months, appealing for financial relief, but nothing has been done yet for them.

“Our drivers don’t have enough money to buy even essentials for their homes as they have been out of work since August last year,” said Rashid, adding that they have to incur a yearly maintenance cost of about Rs 1,40,000 for each vehicle, irrespective of whether they earn anything from them.

“Since we are totally dependent on the arrival of tourists, we don’t expect tourism to revive this year now. So we have asked the government to at least exempt the vehicle documentation and tax fee for two years and provide us some immediate cash relief, not loans which we can’t repay as we have not been earning for about a year now.”

The transport sector was barely able to resume work for a period of 25 days before a complete lockdown was imposed to contain the spread of coronavirus in March this year. 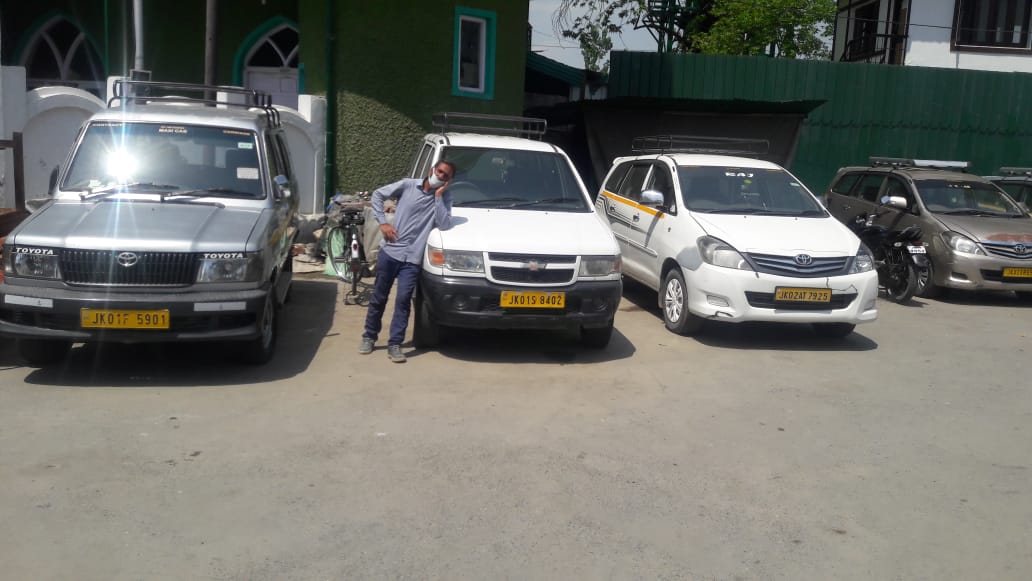 Sheikh Mohammad Yusuf, general secretary of the Kashmir Transporters’ Welfare Association, said the transport sector has been suffering losses for the past three decades. The double lockdown since August last year, he added, has been devastating.

“More than 50,000 commercial vehicles are gathering dust and more than 1.5 lakh people including drivers and conductors who are directly associated with the sector are left without work and unable to earn anything for their families,” said Yusuf, adding that unless the government listens to their demands and provides some immediate financial relief, the transport sector cannot be revived.

Yusuf said some of their commercial vehicle owners had insured their vehicles in the months of July and August last year and had to pay huge amounts to different insurance companies when they were not earning.

“Transport sector suffered huge losses and instead of providing some relief, the government went on to increase token tax by 50% for all types of commercial vehicles and also levied 24% surcharge on petrol and 16% on diesel,” said Yusuf. “This means we will suffer more even if public transport is allowed on the roads in the coming weeks.”

According to the latest government order regarding reopening of public transport, only three-wheelers with two passengers have been allowed under the SEC guidelines since Saturday.

“Further guidelines will be notified separately after ongoing capacity building for the public transport stall,” the order read.