The combined reach of both entities in terms of access to consumer data, is envisaged to be far beyond not just domestic startups but other larger foreign players as well. 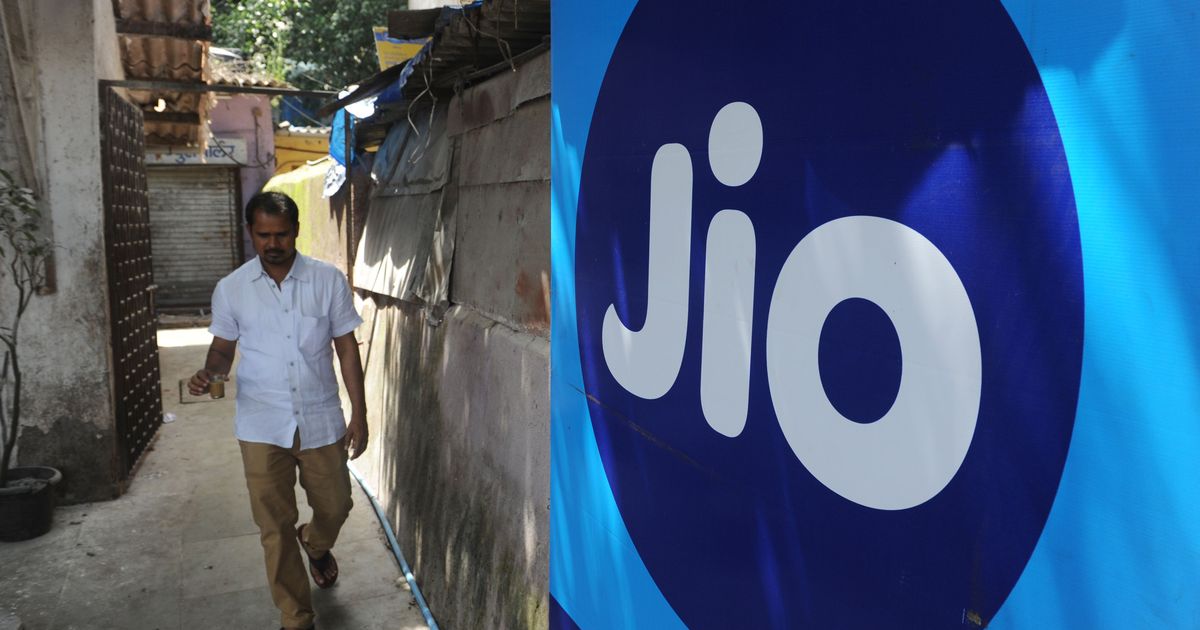 Facebook recently invested $5.7 billion for a 9.99% stake in Reliance’s Jio Platforms, a deal which values the Indian company at a pre-money enterprise valuation of $65 billion.

While Facebook and Reliance continue to remain independent, and free to pursue their own business models, Jio Platforms envisages to onboard 30 million small kirana stores on its digital platform, by combining synergy of Jio’s reach and WhatsApp’s ubiquity.

It may be recalled that Jio Platforms was created towards the end of last year as a subsidiary of the Reliance Industries Ltd (RIL), which bundled together all its digital and mobile business and brought them under one roof. In other words, Facebook’s investment is in an entity, which is now the parent company of Reliance Jio Infocomm (Jio mobile) and a plethora of apps, such as JioTV, JioSaavn, JioCinema, JioNews, JioChat, JioCloud etc.

Since its launch in 2016, Jio has rapidly emerged as the largest telecom service provider in India, having a subscriber base of over 388 million. The popular social media service provider, Facebook, has a similar user base, i.e. over 328 million in India. Its messaging arm, WhatsApp, is the most popular messaging app in India, having a user base of over 400 million in India.

Although many of their user bases would be overlapping, a combined entity would be nothing short of a data Goliath, having access to massive volume of personal data of Indians, much to the prejudice of its competitors. Is this reason enough for the Competition Commission of India (CCI), and the Telecom Regulatory Authority of India (TRAI) to step in?

It may be noted that WhatsApp Pay is presently competing with JioMoney; Facebook’s marketplace is competing with Reliance Ajio, while WhatsApp also provides for a business version for small retailers to host their product catalogue and integrate payments. Furthermore, it may be argued that JioMart’s ambitious plan of onboarding kirana stores would boost their revenues, generate employment and could also result in consumers benefitting with faster delivery of goods.

India’s Competition Law Review Committee (CLRC) in its report had acknowledged the importance of access or control of data for innovation and development of new services, and flagged it as a factor to be considered for determining dominant position of an enterprise in new age markets, even if the same may be a new entrant in the relevant market. It also recommended that the CCI scrutinise ‘other agreements’ apart from vertical or horizontal arrangements, which can have anti-competitive effects, or seek to form a cartel.

The combined reach of Facebook, WhatsApp and Jio, in terms of access to consumers data, is envisaged to be far beyond not just domestic startups, but other larger foreign players as well, such as Amazon or Google, thereby establishing its dominance. Although dominance is not bad per se, its abuse certainly holds the potential of distorting fair competition, which may also have an adverse effect on consumer welfare on parameters of availability, choice, quality and price of relevant services.

Further, being an e-commerce platform, JioMart can also be tested against various competition concerns, such as those related with ‘platform neutrality’ and ‘platform-to-business contract terms’, that have been found in the CCI e-commerce market study. For ex ante mitigation of such concerns, CCI has recommended self-regulation, which inter alia includes ‘setting out a clear and transparent policy on data that is collected on the platform, the use of such data by the platform and also the potential and actual sharing of such data with third parties or related entities’. Therefore, CCI has enough reasons to intervene and take proactive and ex ante steps to ensure that such data dominance and various arrangements within the group do not pose competition concerns.

The coming together of Reliance and Facebook, who had both pushed against TRAI’s prudent decision of upholding net neutrality by voting for price prioritisation, may once again stoke fears of some form of vertical integration between the network service provider and social media and/or communication service provider, wherein Facebook and WhatsApp may start working better on a Jio network. TRAI may, therefore, need to keep a close watch on the unfolding of the details in this regard, to ensure no violation of principles of net neutrality, even though Reliance Jio has denied any threat to net neutrality, saying it would not give preferential treatment as network provider to anybody, including Facebook.

Furthermore, TRAI is also deliberating upon developing a Regulatory Framework for Over-The-Top (OTT) Communication Services. It remains to be checked if this Facebook-Reliance deal would have any bearing on the same. TRAI may also have to monitor how various bundled services of the Jio Platform could affect competition in the telecom sector, which already has touched concentration red level. Any further consolidation or ouster could be disastrous for consumers in the long run.

Furthermore, in absence of a comprehensive data protection regime in India, the role of TRAI becomes important as far as right to privacy is concerned. In this regard, its recommendations on “Privacy, Security and Ownership of Data in the Telecom Sector”, released in 2018 could be very useful.

As we wait for further details on the agreement signed between the two data giants, particularly with respect to any data exchange/sharing between them, it is perhaps in the best interest of consumers and service providers that this deal be scrutinised by CCI and TRAI, from a data advantage and privacy point of view, in order to ensure a level-playing field between all service providers, and enhance consumer welfare.