Srinivas Acharya speaks to The Wire about the deceleration in the economy and challenges on the demand side.

India’s residential real estate sector has not been immune to the slowdown affecting the rest of the economy. Developers are starved for funds, while the overall industry is caught in a pincer grip of either high unsold inventory or delayed project deliveries.

In an interview with The Wire, Srinivas Acharya, managing director of Sundaram Home Finance, says that India is facing disruptions in a manner that no other country has ever faced. Acharya adds that enough tax benefits have been given to the real estate sector and that the key is to now go back to the drawing board and examine the demand psychology of the new Indian home buyer.

How concerned are you over the continuing deceleration in the economy?

The government is focusing on many of the long-standing and prime issues, and they have taken many bold decisions on the political front. On the other side, our country is going through a significant phase of transformative change. There are cultural, societal, financial and environmental shifts happening all at the same time. Cultural preferences are changing. In an economy, aspiration level is influenced by the larger constituents of the population.

With the new generation taking over and forming a sizeable proportion of our population, the demand-supply equation is changing.

There used to be a time in the past when there were severe supply constraints and there were challenges meeting the demand. In both the housing and manufacturing sectors, there are no supply-side constraints. Most of the issues we are grappling with currently are a result of challenges on the demand side.

If you look at it historically, across the world, disruptions have always happened one by one in a phased manner. Possibly for the first time ever, this time in India, these huge shifts are happening on multiple fronts. We are witnessing large and multiple transformational exercises happening in one go all at the same time. All of us, including those in the industry, have to reconfigure ourselves to this change. The good news, though, is that disruptions are a welcome feature and are generally good in the long-term.

Disruption is like churning the curd. You finally get good quality butter. Consumers usually benefit from disruptions but there needs to be patience. This is a once in a lifetime situation we are experiencing in the country where disruptions are happening in a manner which no other country has ever faced. It will take time to settle down. The key is not to look for a quick fix.

What kind of disruptions are you seeing?

To those in the previous generations, ownership of two-wheelers, cars and a house meant everything in life. However, these are not even in the list of aspirations for the New Gen. At the turn of the century, a lot was woven around ownership of cars, and, hence, car sales boomed.

Suddenly, there was a premium on ownership. With the passing of two decades, I see that the three million car capacity will no longer be a base in the passenger cars segment. Those companies that had expanded hoping for larger volumes are currently facing challenges. 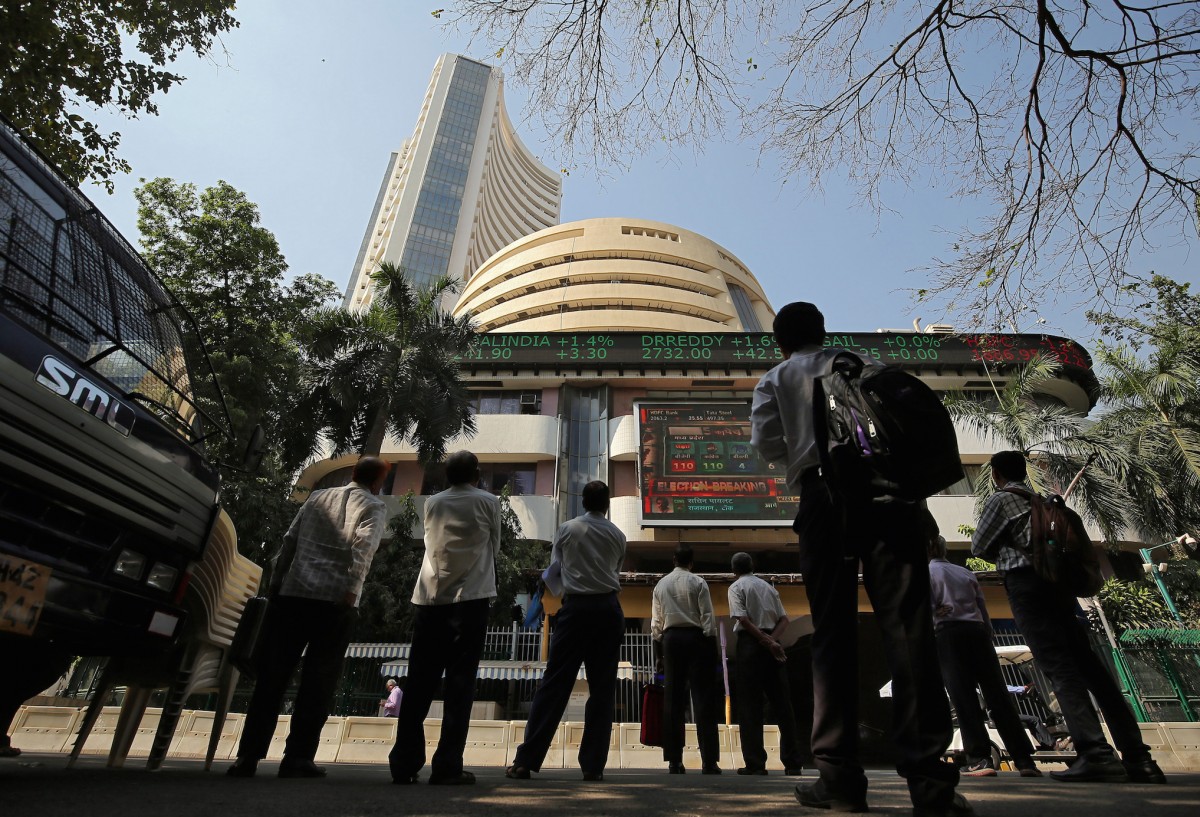 File image of people looking at a screen displaying the Sensex results on the facade of the Bombay Stock Exchange (BSE) building in Mumbai. Photo: Francis Mascarenhas via Reuters

Earlier generation bought cars as a status symbol. That no longer holds good. Today, people are comfortable moving around in a rented car. In fact, those that are using the rented car model are seen as being tech savvy and intelligent as they are putting their capital to better use. The passenger car segment will have to settle at a new lower base, taking into consideration the fact that one third is moving out of car ownership.

Clearly, the stigma around not owning a car has gone away. While the need for a car continues to exist, with the new generation focused on effective utilisation of capital, the model is clearly moving from ‘own to lease’. Also, with increased awareness of environmental hazards and the focus on the air that we breathe, the electric vehicle will come into play in the future. Challenge relating to parking, both availability and the cost of parking, is another reason for the slowdown in cars. One has to see all these collectively and not each of the issues in isolation.

How is it hurting the housing sector?

In anticipation of demand for homes, builders had built huge inventory. But the demand estimation was flawed. In the past, housing purchase had happened because of issues relating to the disadvantages of rented homes. This scenario is now changing. The younger generation has become location-agnostic, and they no more want to be hooked to a single location.

They are willing to move cities and countries for career growth. No location is taboo for them, unlike those from the previous generation, who were fixed to a particular location. The excitement from a career is far more for them than the excitement from ownership (of cars or homes). For them, the ‘utility’ is far more at a premium than ownership. Also, one has to take into account social media and the impact on the new-gen. The patience level of the new-gen is lower than that of the previous generation.

Our economy has to adjust to this new outlook of the younger generation. It will take time. Government has to understand the thinking of the new generation.

How do we move forward?

The housing sector is in a flux with far too many disturbances hurting it. It is a demand readjustment scenario. If one needs a house but is not able to continuously afford it over a period of time, then it may be an indication of a slowdown, a recessionary scenario. But if there is affordability but they do not want to buy a property, then that is not recessionary slowdown. In an economy, there should be demand-based purchases and not price-based purchases. One should not draw a quick conclusion one way or the other in the current scenario.

I do not subscribe to the view on subsidies and lowering of GST rates. It would not be possible for the Government to go on giving subsidy. I am also of the view that the Government should stick to the GST rates. Enough tax benefits have been given to the real estate sector. Any measure by the Government can only have a short-term result. It will only be patchwork.

One has to allow the dust to settle down. Housing demand numbers have to be recalibrated. By wrongly assessing demand, builders created inventory. Over-supply of houses has been a result of an overestimation of demand. Now demand has to get readjusted. There is a need to reassess the real housing demand and for all in the sector to then accept the reality. This is not the time to add to the supply. One has to revisit the drawing board to understand demand psychology. Demographic changes are impacting and resizing the demand. One has to allow the demand to stabilise. It is important to take stock of the exact inventory on hand. The smaller units are doing well. Where there is inhibition on the part of the buyers to explore Rs 1 crore plus apartments especially when their growing career may take them to other locations. 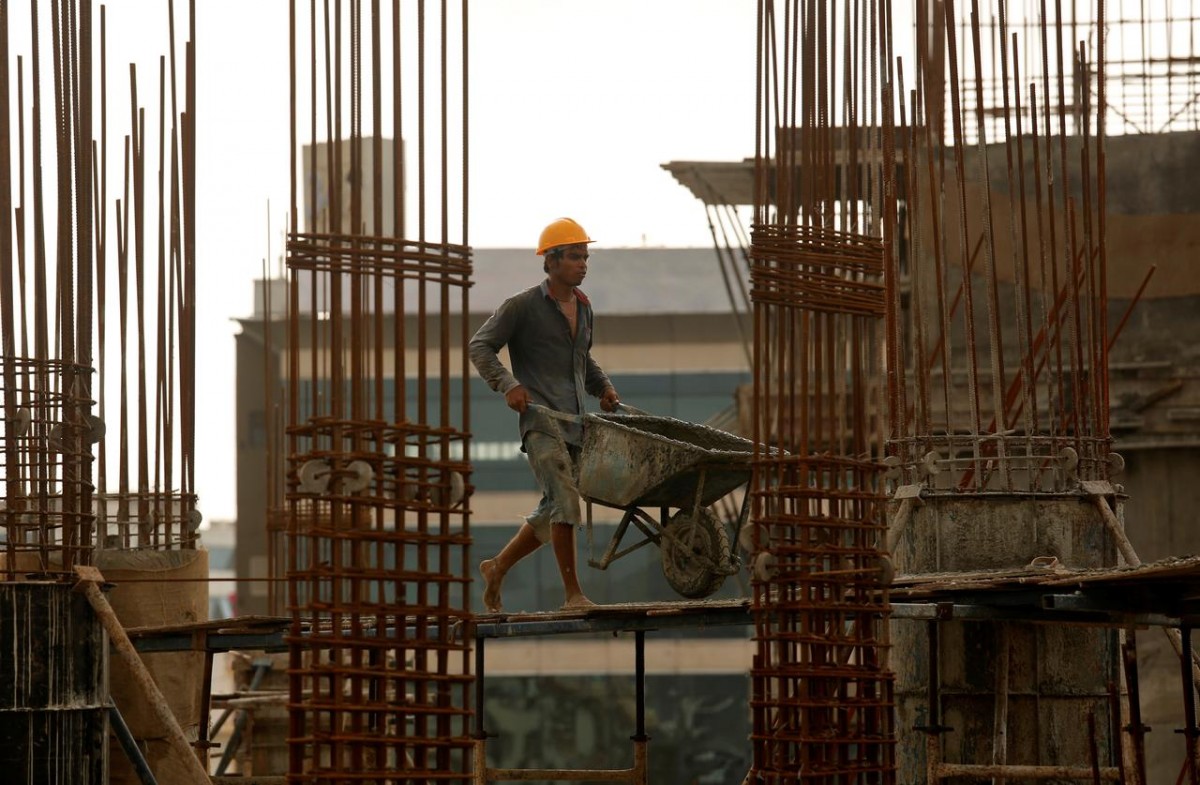 A worker pushes a wheelbarrow to collect cement at a construction site of a residential building in Mumbai. Photo: Reuters/Francis Mascarenhas

On their part, the builders have to reconfigure their production processes to be aligned to this new growing segment. Adjustment and adherence to RERA also continues to be a challenge in this country. It will take time for this transformative shift to be felt on the ground. Builder evaluation is important, and it has been a long-felt need in this industry. The government should encourage reconfiguration and increase the confidence level. Builders should declare the unsold inventory. RERA implementation should be consistent across the country.

As part of the disruption in the housing sector, even the way we, at Sundaram Home, lend has changed. We are offering through the net. Unlike in the past, the builders too have to make their presence online.

What should be the government doing now?

If not, policy decisions will be taken based on data that is unreliable. In short, all disruptions leave a very positive effect. Every disruption should not be seen in a negative way. One should not be rattled by all the disruptions that are hitting from all sides. It is time to allow it to settle down. This is not the time to take short-sighted decisions.