Interview | Slowdown Upset the Applecart for All of Us in the Economy: Sundaram Finance MD

T.T. Srinivasaraghavan is confident of an upswing soon. 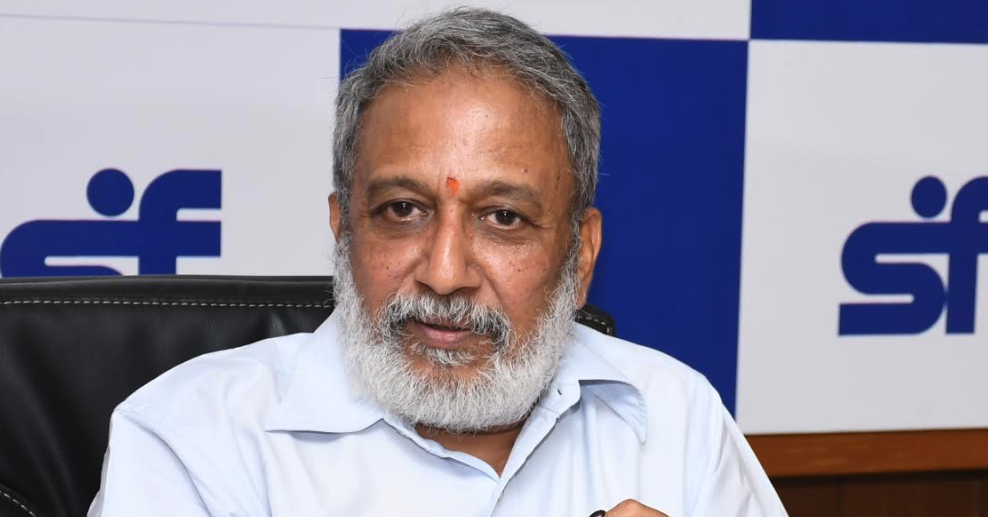 The slowdown in the Indian economy has exacerbated since the collapse of infrastructure financing behemoth IL&FS in September 2018. In an interview with The Wire, T.T. Srinivasaraghavan, the managing director of Sundaram Finance, a leading non-banking financial company (NBFC) from the TVS group, argues that the problem now is not one of liquidity but an issue with demand.

Srinivasaraghavan adds that while India’s growth trajectory has hit a patch of bad turbulence, he is confident that the economy should see signs of an upswing in the next six to 12 months.

How do you see the economic situation on the ground?

It’s cyclical as far as commercial vehicle (CV) segment is concerned. After the dip in 2013, there had been growth for five years. We were nearing the end of the growth cycle that usually lasts 5-6 years.

Axle load norms, removal of check posts, some amount of pre-buying, the new technology coming in and the economy not growing at the pace it was expected to have, all contributed to this slowdown. There has been large over-capacity built up. So, this trough had to happen. Commercial vehicle sales peaked in September 2018. Since then, it has been a long downward cycle, reminiscent of what had happened in 1997-98.

It has been aggravated by one-off factors. It was inevitable. Like all earlier cycles, this too will change once capacity gets absorbed.

The proposed Rs 105 lakh crore investment in infrastructure will definitely provide a fillip. During the previous five years, i.e. during NDA I, infrastructure was a key driver of the economy. There was growth across sectors. This new investment should logically provide the spur. 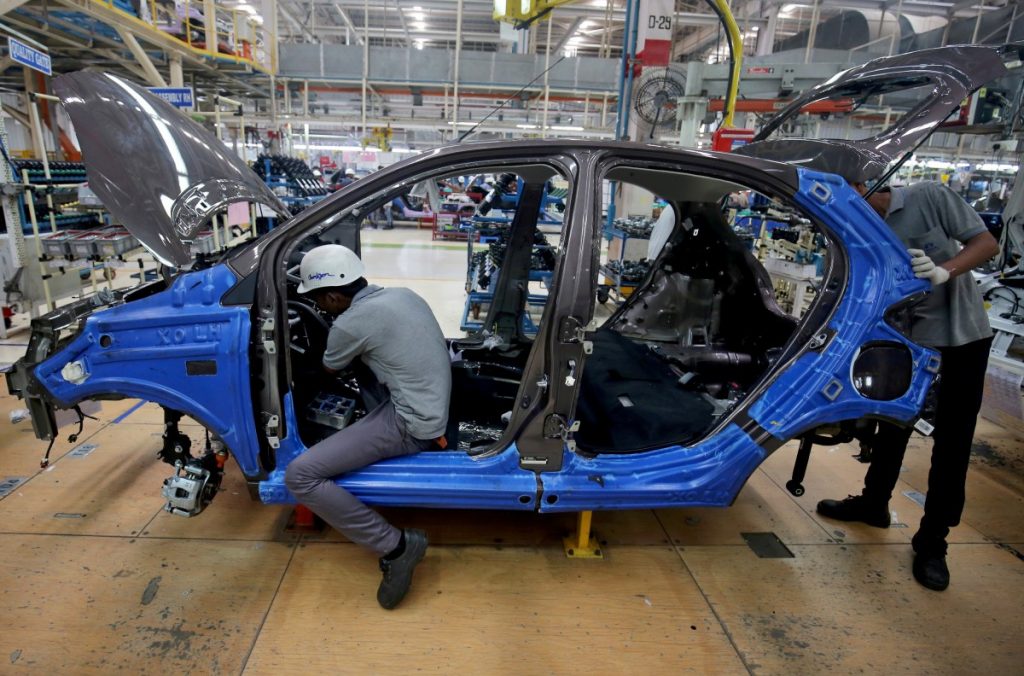 Workers assemble a Tata Tiago car inside the Tata Motors car plant in Sanand, on the outskirts of Ahmedabad, August 7, 2018. Photo: Reuters/Amit Dave/Files

It has been a tough phase. Till November, medium and heavy duty (M&HCV) commercial vehicle was down 50% and passenger cars 18%. It is what I call the ‘Tamil Pa’– shaped recovery – a long flat period followed by the recovery. There is lot of uncertainty – one does not know the price of the new commercial vehicles and the impact of the new technology. There has been lot of speculation on this front and everyone is playing it close to their chest.

In the first quarter of the launch (April-June 2020), it is likely that only the brave will buy. Then slowly others will join.

Recovery in the passenger car segment will happen sooner. Issues relating to resale price of BS-IV vehicles and uncertainty over electric vehicles have been among the reasons for the slowdown. With only BS-VI cars from April, I think car sales will revive quicker and ahead of the CV recovery.

In Tier 2 and Tier 3 towns, ownership of cars continues to be a status symbol. So, I think they will buy. There is a change in buyer behaviour but there still is a large aspirational population.

Is the government doing enough to push  demand?

The government has tried several measures. You cannot blame it for not acting. You can’t expect results from these measures to happen too quickly. One has to wait. Several steps have been taken by the government. The NBFC (non-banking finance company) liquidity squeeze has been addressed.

The corporate tax reduction has been an unprecedented move. In 3-6 months, these government initiatives could bear fruits. Announcement of infra spend is a big one, and life could be back for the CV and the tipper segment.

The central government is committed to spending on infra but the worrying area is that some of the state governments have pulled the plug on projects. These are impediments to growth. One has to outlaw this.

Parliament has to pass a law that previously approved projects have to go through irrespective of change in state governments. Brand image of India is inappropriately affected because of state governments’ decisions. If a democratically elected government has approved a project, then a succeeding government cannot come and rescind it. State governments can impede agenda of the central government.

It is a crime against the people. There has to be an institutional mechanism to protect investors.

Has the liquidity issue of the NBFC sector been addressed?

For the larger, well-run NBFCs that enjoy parental support, liquidity is no longer an issue. There is abundant funds available. The issue really is the lack of demand.

Consistently we have been saying over the last 15 months that the issues have been about demand and not liquidity. At the height of the IL&FS issue, the cost of funds had gone up steeply. Now its levelled off.

But on the other side, for the majority of smaller and medium NBFCs, liquidity is an issue. Banks are not lending to them. The funding window is required for them as they are the ones doing the last-mile financial delivery.

But risk aversion has led to banks not lending to these small NBFCs. The mutual funds anyway never went to the smaller NBFCs.  It was the banks who lent previously but they have turned off the tap for smaller NBFCs. They are an important cog in the wheel and play a vital role.

Larger NBFCs are important but smaller ones are important too. Has there been any small NBFCs that has failed? Their capital adequacy is at 25%. They operate within a limited geography. They know their constituency and their clients. It is a unique model. The importance of their role seriously needs to be understood. It is difficult for large NBFCs to micro-manage in rural areas.

This is a large enough market. There is enough room for both banks and non-banks to play. Several years ago, we had made a representation to make the relationship between banks and NBFCs as a continuum: if banks act as wholesalers and the NBFCs as retailers, you will realise that the real financial inclusion will happen by fully leveraging the NBFCs and by encouraging them to do what they have done for decades.

Banks have the funds while the NBFCs have got the ability to deliver. Each of the players have a role to play. It is mutually exclusive. It is everybody’s responsibility to help the revival. Part of it, of course, is sentiment and that is difficult to define.

Do you think that the commercial vehicle sector is no longer the driver of the economy?

We should not be overly dependent on one thing.  Also, we should compete on the basis of excellence and not just on low cost.

What is hurting the country now?

To sum it up, how optimistic or concerned are you on the happenings on the economic front?

The country grew at a nice pace in the first term of this government, and we were expecting that [growth] to continue. However, there has been a rapid reversal…something that we were not prepared for and this has upset the apple cart for all of us in the economy.

It is a concern but the fact that the government is willing to listen, the FM has met so many industrial groups and has taken several measures is a positive sign. The government has been responsive. Over time, these measures will result in growth.  Hopefully, the budget will have some bold moves which will ignite the economy. One should not expect anything to happen overnight. Over the next 6-12 months, life can come back. If you believe in the long-term India story, these (positive) things will begin to happen.

I do think that the long term growth story is intact. India still looks as a viable alternative to China. We should be cautiously optimistic because I believe we have what it takes. We have hit an air pocket and bad turbulence but I am confident that we have the wherewithal to come out of it.