"Labour laws are lax, there's little effort to build a component ecosystem and logistics, and transport remains a big problem. No one seems to be investing in skilled labour that will build the phones." 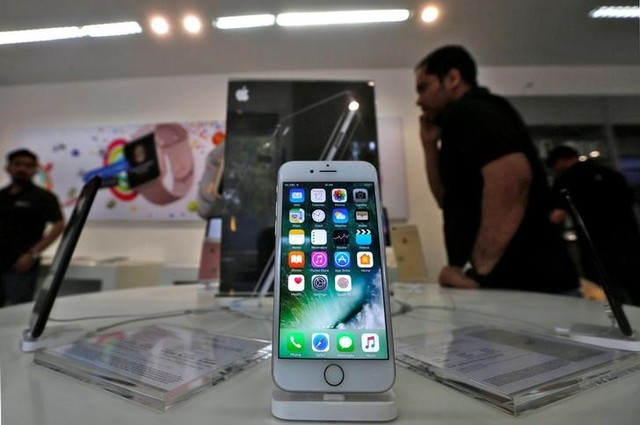 New Delhi: India‘s ambitions to become a smartphone-making powerhouse are foundering over a lack of skilled labour and part suppliers along with a complex tax regime, industry executives say.

Prime Minister Narendra Modi has championed a manufacturing drive, under the slogan ‘Make in India‘, to boost the sluggish economy and create millions of jobs. Among the headline-grabbing details was a plan to eventually make Apple iPhones in India.

Three years on, as executives and bureaucrats crowded into a Delhi convention centre for an inaugural mobile congress last week, India has managed only to assemble phones from imported components.

While contract manufacturers such as iPhone-maker Foxconn Technology Co and Flextronics Corp have set up base in India, one of the world’s fastest-growing smartphone markets, almost none of the higher value chip sets, cameras and other high-end components are made domestically.

Plans for Taiwan-based Foxconn to build an electronics plant in the state of Maharashtra, which local officials said in 2015 could employ some 50,000 people, have gone quiet.

According to tech research firm Counterpoint, while phones are assembled domestically because of taxes on imported phones, locally made content in those phones is usually restricted to headphones and chargers – about 5% of a device’s cost.

“Rather than feeling that India is a place where I should be making mobile phones, it’s more like this is the place I need to (assemble) phones because there is lower duty if I import components and assemble here,” a senior executive with a Chinese smartphone maker said. He declined to be named for fear of harming business.

Others listed the lack of skilled engineers and a sparse network of local component makers. They also cited high-profile tax disputes between India and foreign companies such as Nokia. Nokia eventually suspended mobile handset production at its southern India facility.

“The Nokia escapade is in people’s memory when they try to come here,” a second industry source told Reuters at the first Indian Mobile Congress in capital New Delhi, which ended on Friday.

India‘s nationwide sales tax (GST), which kicked in this year to replace a string of different levies, is also fraught with its own challenges, such as a lengthy tax-refund process that delays payments to suppliers, the source added.

Last week, India rattled investors after publicly musing about possible changes in a $2.6 billion 2015 diesel locomotive contract with General Electric. The government has since said it would not take any hasty decisions.

“We needed some push from the government to start manufacturing,” said Neeraj Sharma, theIndia head of Chinese chipmaker Spreadtrum. “It was required, because without that nothing was happening.”

But India now needs more sophisticated technology – such as surface-mounting technology, which places components directly on top of a printed board – to build a supply chain, he said. Otherwise, firms will not do research in India, Sharma said.

“For design to happen, we need strong local players.”

The government says it has a phased programme to manufacture phones, aiming to step up value added locally every year.

“While we have made a start with getting in mobile assembling, we want to move up the value chain,” India‘s telecoms secretary Aruna Sundarajan told reporters. “A lot of investors have shown very significant interest in this area.”

The Phased Manufacturing Programme began in 2016 with the manufacture of phone chargers and batteries and envisages the production of higher-end components by 2020.

Sundarajan said the government was also trying to give investors “a reasonable degree of certainty”, while also dealing with constant disruption to the industry.

But for smartphone makers used to China’s predictability, India may need to do more, executives warn.

A third senior source at a Chinese smartphone maker in India said some Chinese players were rattled by labour unrest, including suspended operations at a facility belonging to smartphone maker Oppo earlier this year, after a foreign employee was reported to have torn a picture of the Indian flag.

Oppo said at the time it regretted the incident.

“Labour laws are lax, there’s little effort to build a component ecosystem and logistics, and transport remains a big problem. No one seems to be investing in skilled labour that will build the phones,” the third source said.