The Platform to Protect Whistleblowers in Africa (PPLAF), a Paris-based anti-corruption group, and the French publication Mediapart obtained over 3.5 million documents that detail nearly 10 years of transactions at BGFI Bank Groupe SA, one of Africa’s largest banks.

A consortium of media outlets and non-governmental organisations coordinated by the European Investigative Collaborations (EIC) investigated and analysed the information for over six months. The Wire is one of the media partners in the collaboration.

The leak, called the Congo Hold-up, is the biggest ever leak of financial records from Africa and shows how at least $138 million of public funds were embezzled between 2013 and 2018. It details how public funds in Congo were transferred through BGFI’s Congo subsidiary and made their way to companies and accounts owned by Kabila’s relatives and close allies. Several questionable transfers were made to Jagtani too, though he insists the funds received were for legitimate purposes.

Jagtani owns multiple businesses in DR Congo including real estate firms, an air freight company and hospitals. As per investigations conducted by media partner Radio France International (RFI), Jagtani benefitted from funds that came from Congo’s central election body, Commission Électorale Nationale Indépendante(CENI), and were meant for the organisation of the 2011 elections in the central African nation.

Originally from Jaipur, Jagtani arrived in Congo in 1995. He was a man of modest means at the time and worked as an employee at an import company run by an Indian trader. Back home, his mother was a school teacher.

In his 25 years in the DRC though, he has risen dramatically and is now among the most influential businesspersons in the country. Jagtani owns one of the largest air freight companies in Congo, the real estate firm with the most high profile projects on its roster, a super-speciality hospital in the capital Kinshasa, and is known to be close to Kabila.

Kabila was president of DRC from 2001 to 2019 before he stepped down and handed power over to President Felix Tshisekedi. The political alliance between the two leaders broke down this year.

“It is well known in Congo that Harish Jagtani is very, very close to Kabila,” a former employee in one of Jagtani’s companies in Congo told The Wire, requesting anonymity. “Jagtani’s businesses have got a lot of benefits due to his relationship with Kabila and he gets away with illegalities of all kinds.”

Both Harish and his wife Sunita ‘Neha’ Jagtani appear to share a bond with Kabila and his wife Olive Lembe di Sita. Sita was seen at a birthday bash that the Jagtani’s had thrown for Harish’s birthday in 2015 at their palatial house in Jaipur.

In one of the photos, Sita and Neha can be seen posing with a large framed collage of their pictures together. Kabila does not appear in any of the pictures.

Perhaps testimony to the relationship is a glorious 16-storey tower in the heart of Kinshasa built by Jagtani and called ‘Kiyo Ya Sita’. Sources told RFI last year that the tower is dedicated to Sita. 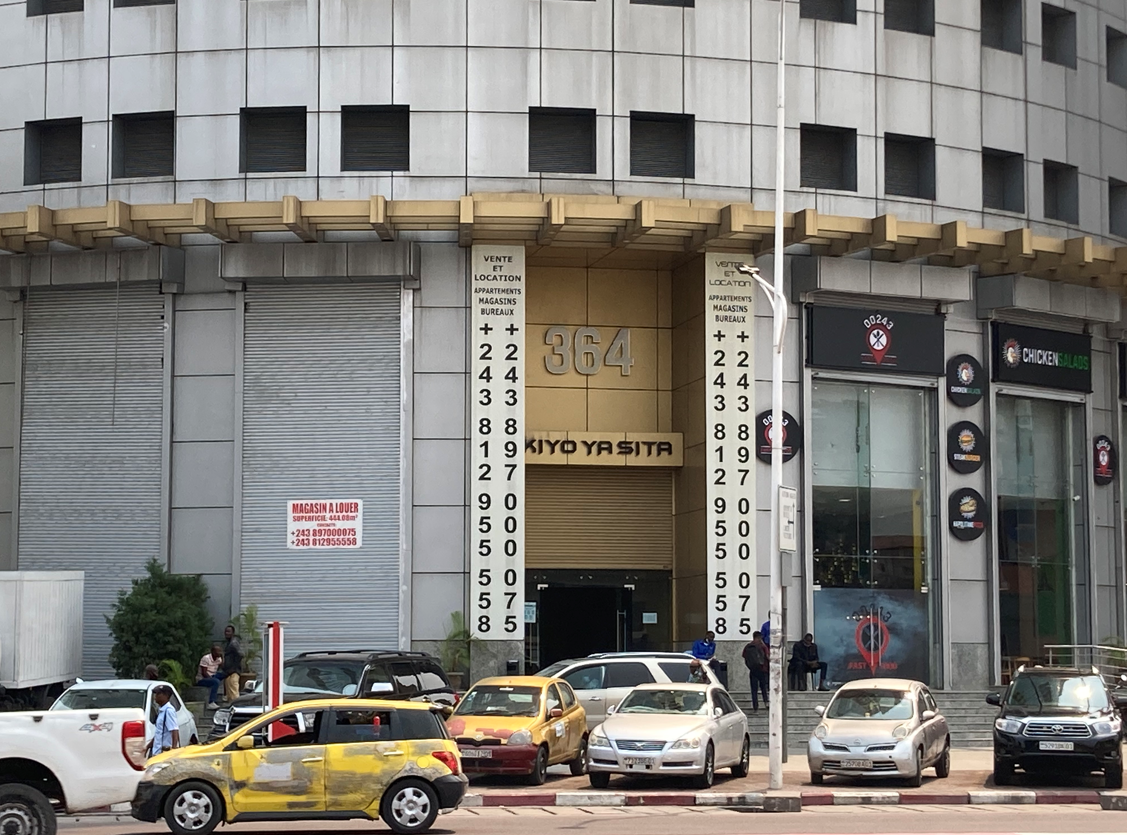 Both Kabila and Jagtani have denied having any links with each other.

As per the research by ‘Congo Hold-up’, the funds that Jagtani now stands accused of embezzling with Kabila’s help, were routed through BGFI’s subsidiary in Congo, BGFI RDC.

“Congo Hold-up is the biggest leak of sensitive data in African history,” said PPLAAF director Henri Thulliez. “It exposes in great detail the tricks used by the bank and its clients to cover up endemic corruption, and the flaws in the international banking system enabling such deals. The banking transactions, emails and corporate records form a perfect handbook of how a kleptocracy works.” 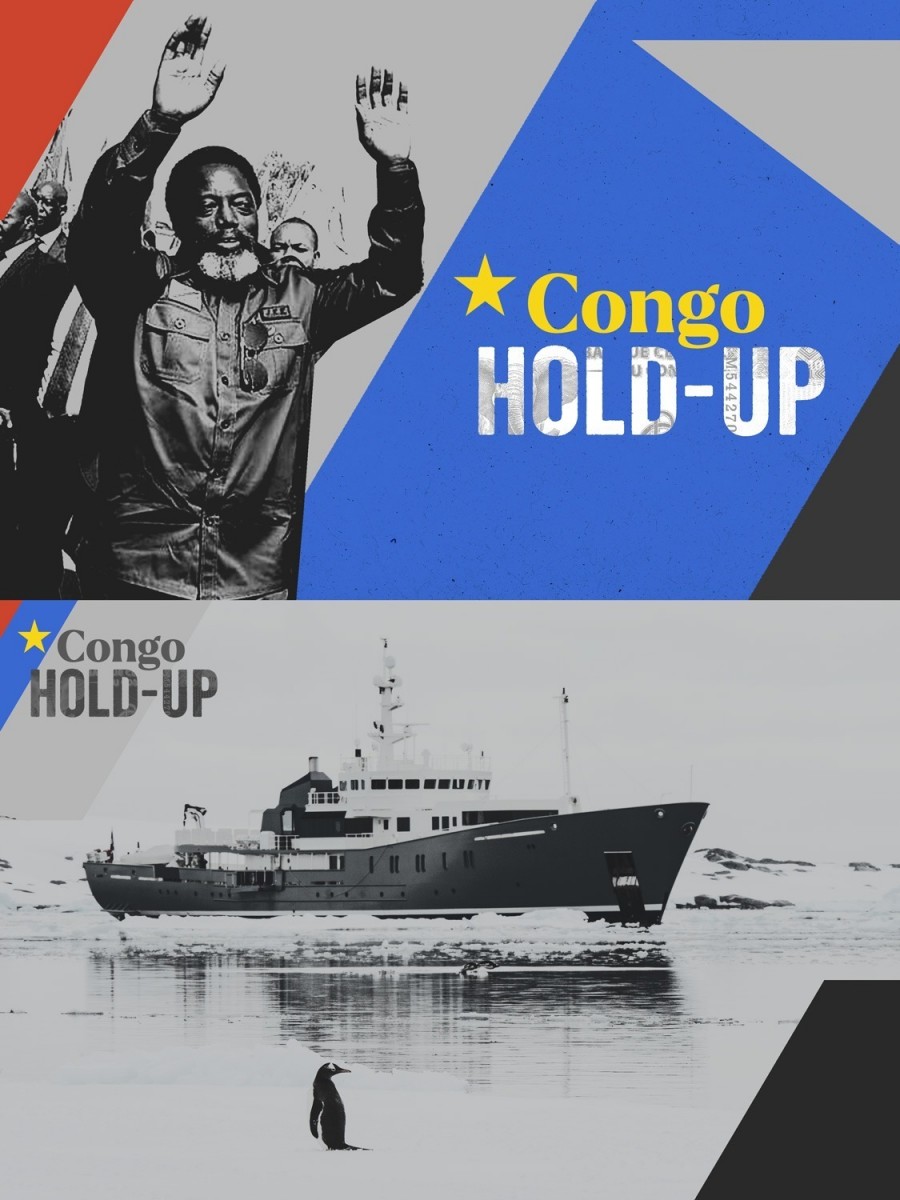 The research under ‘Congo Hold Up’ details how Kabila and his associates have amassed wealth with help from BGFI RDC.

The BGFI is one of central Africa’s biggest banks and BGFI RDC has counted among its top executives several of Kabila’s close associates and relatives.

The bank has also been accused of embezzling public funds in the past too. In fact, in an interview with the consortium, it was described as a ‘mafia bank’ by Jules Alingete Key, Congo’s top anti-corruption official.

The investigation has shown how Kabila, who ran an autocratic regime in Congo for 18 years beginning in 2001 when he was just 29, and those close to him, accumulated millions in wealth by siphoning off public money with the assistance of BGFI RDC.

Despite being endowed with immense natural resources, Congo is one of the poorest countries in the world with more than 70% of its population surviving on less than $2 a day. Research has suggested that under Kabila’s regime, poverty levels may actually have increased even as Kabila and his family got richer.

The research under ‘Congo Hold Up’ details how Kabila and his associates have amassed wealth with help from BGFI RDC.

BGFI’s Congo subsidiary was set up in 2010 in Kinshasa. Kabila’s foster brother Selemani Francis Mtwale was appointed president of BGFI RDC in 2012. The former president’s sister Gloria Mteyu had a 40% stake in the bank.

Much of the money that has been embezzled, as per the investigation, was routed to shell companies from BGFI. It also included millions deposited in cash for the benefit of Kabila and those close to him.

At the centre of the alleged financial impropriety are three of Jagtani’s companies – Modern Construction, his real estate firm; Services Air, the air freight company; and Industrie financière et immobilière (IFI), a financial and real estate firm started by Jagtani in partnership with Pascal Kinduelo, who is close to the Kabila family and was also chairman of the board of directors at BGFI at the time.

Early in 2011, well before the general elections of November 2011, Jagtani’s companies opened bank accounts in the BGFI, which at the time had Kabila’s family at the helm. Heading the board of directors was Kinduelo, Jagtani’s newfound business partner – also close to Kabila.

Though according to the documents obtained by the ‘Congo Hold Up’, only about $1.5 million was used for the purchases of fuel, $800,000 was withdrawn in cash and the rest transferred to Modern Construction, Jagtani has denied this in his response to the consortium.

The documents also reveal that these transfers to Modern Construction were often made on the same day that Services Air received the funds from CENI.

Jagtani admits that there was no contract signed with CENI and instead purchase orders were signed each time the commission needed to transport election-related materials and required the services of Service Air.

However, a CENI report from 2015 has noted that there are no contracts or invoices to explain the transfers that had been made.

In addition to the CENI transfer, ‘Congo Hold Up’ has also found that a total of about $27.5 million of questionable transfers have been made to Modern Construction between January 2011 and April 2015.

Almost $2 million of this is paid in cash and over $2 million is on account of ‘clerical errors’, implying that the money was transferred by ‘mistake’. There are also transfers that come from accounts that were in the Swiss bank Claridien Leu, which has also been accused of murky deals in the past.

One of the transfers amounted to $840,000 and came from ‘Kamal Nandlal Rawtani and Rhea’. Kamal Rawtani is Jagtani’s brother-in-law and Jagtani explains that the amount was transferred for a sale of a piece of land, without providing any more details.

Also read: Amid Cryptocurrency Boom – And No Regulation – What’s the Way Forward for India’s Policymakers?

Loans as source of funds

A proportion of the $27.5 million that was transferred to Modern Construction is on account of loans and credit lines extended by the BGFI.

The credit line came against guarantees: A building whose appraised value was $19.88 million, an escrow account equalling one month’s forecasted cash flow and an irrevocable domiciliation of the monthly receipts of up to $4 million.

Perhaps the most surprising guarantee that was provided was a deposit of $10 million into a blocked account. For this, $5 million was transferred from Services Air and the rest came from a company called Overseas Juline Ltd based in the tax haven Mauritius.

The director of the company is a certain Nazim Charania who has close ties with Congo and Jagtani. Like Jagtani, Charania too immigrated to Congo in the latter half of the 1990s and worked in the informal trade sector. That is where he met Jagtani, Sajid Dhrolia and Salim Kamani. Dhrolia, Kamania and Charania, who are also from India, started a company called SNS.

One of the partners, Dhrolia, is also partners with Jagtani in Modern Constructions, owning 25% of the shares. Jagtani denied any link between his partnership with Dhrolia and the money transferred as part of the bank guarantee. “The partnership was personal with Sajid Dhrolia who was a minority partner. That partnership ended in 2015,” he said.

The line of credit itself ends abruptly in June 2012. Eventually, of the $25 million that was to be provided to Modern Construction, it received only $11 million.

The reason for the end of the credit line is noted in an internal report of the bank of December 2012. Several departments within BGFI, including the compliance department, raised objections about the continuation of the line of credit. They noted that there was a lack of ‘reliability on the origin of funds’ with respect to Jagtani’s accounts held by the bank.

They specifically point out that the guarantees provided by Modern Construction for the line of credit went well beyond the amount of credit. It also said that the origin of a large chunk of the money invested by Jagtani was not known.

In his response to ‘Congo Hold Up’, Jagtani notes that the guarantee of $10 million provided by his company for the line of credit was funded by lines of credit extended by other banks. He claims that this is a ‘classic financial operation’ and any references to money laundering are ‘defamatory’.