In the age of social media, where individuals members of society can instantaneously make their opinions known, the costs associated with ensuring compliance should arguably be seen as an investment rather than an expense. 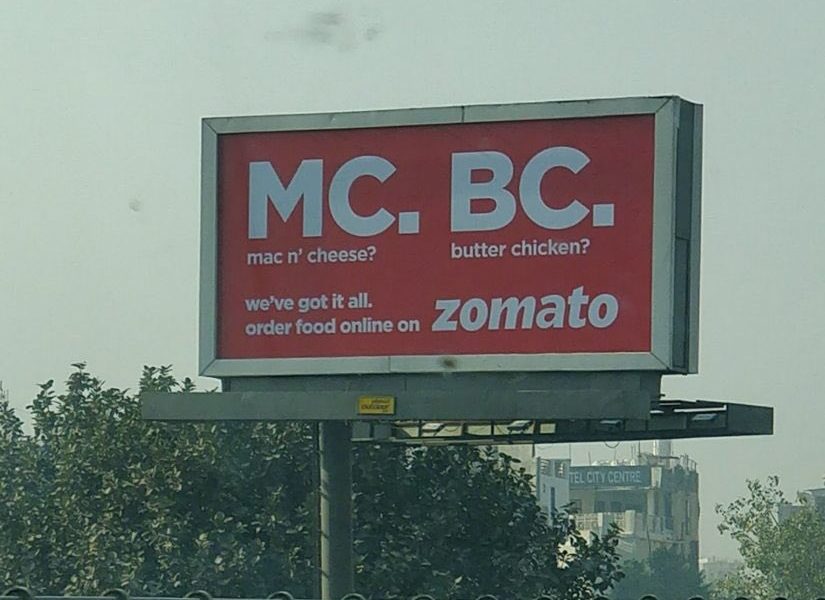 An advertisement by food delivery company Zomato which sparked a row online when it was released. Photo: @Suhelseth

In an increasingly litigious economy, Indian advertisers must ensure that their marketing campaigns are not derailed by the adverse reactions of consumers. Compliance with industry best practices which satisfy both statutory requirements as well as subtle social and contextual imperatives will help preclude – and in the worst case, defend – adverse regulatory action and publicity.

Courts have recognised and affirmed the Advertisements Standards Council of India (ASCI), a voluntary self-regulatory organisation, as an effective pre-emptive tool to control advertising content in India. ASCI members include advertisers, advertising agencies, media (including broadcasters and the press), and market research companies who have agreed to abide by the ASCI Code for Self-Regulation in Advertising (ASCI Code).

Advertisers must address complaints regarding deviations from the ASCI Code. If such complaints are not remedied, ASCI may take coercive steps to regulate the (allegedly) offending advertisement. Illustratively, ASCI may recommend that broadcasters not air the offending advertisement and may also publish instances of non-compliance by advertisers on its website. ASCI may also report infractions to the Ministry of Information and Broadcasting.

Additionally, – and uniquely for a self-regulatory organisation in India – ASCI has been recognised as a self-regulator under the Cable Television Networks (Amendment) Rules, 2021. ASCI promulgations are advisory and can neither supplant nor supersede the law. Moreover, ASCI cannot compel compliance. However, any action brought against an advertiser for breach of ASCI promulgations will proceed on the basis that ASCIs position has statutory endorsement.

Also read: TV Ads Are Appealing to the Worst in Us

While ASCI continues to operate as a voluntary self-regulator, the government has proposed to give teeth to the extant advisory framework by codifying guidelines which the advertisers and endorsers will have to comply with as statutory directives while advertising or endorsing products and services.

Given the high production costs of advertisements, advertisers should either pre-empt or address ASCI’s complaints in a timely fashion, as failure to do so may result in ASCI imposing embargoes. Such embargoes may have adverse material consequences for the advertisers. In addition to obstructing a marketing campaign, they may also adversely affect the sales of the product, or revenue from the service, being advertised.

These risks are best precluded by ensuring that each advertisement adheres to applicable law and the ASCI Code:

All advertisers, advertising content creators and marketing agencies should formulate a rule book which sets out the parameters for every advertisement campaign. This rule book should incorporate necessary pre-requisites for ensuring conformity with the law as well as normative positions, such as the ASCI Code;

A well-drafted rule book must address the entirety of applicable law (including matters of privacy and data protection for online campaigns), serve as a single point of reference for the legal and compliance function and include easy-to-follow principles for content creators (such as lists of dos and don’ts);

Consistent training – including from external resources – should reiterate the principles and norms set out in the rule book; and

Each advertisement should be reviewed by the legal and compliance function and draw on external expertise for the purpose of review (where required), before being released to the public. The advantage of external experts is that they will be able to consider issues which may not be included in the in-house rule book at the time (for example, the introduction of, and amendments to, extant law).

Therefore, the best risk mitigation strategy is to ensure adherence to the law and the ASCI Code, from ideation to dissemination. Where this is done, it should also be easier to address any action brought against the advertiser, irrespective of the motive informing that action. The fact that all persons concerned with the advertisement have exercised the requisite extent of diligence and care before the advertisement is released to the public is the best defence to any action brought by an offended member of the public.

Also read: Who Let the Bigots Out?

Additionally, advertisers should consider how to address liability arising from third party agreements with endorsers and influencers as well as from the actions of those third parties.

Each arrangement must be set out in writing and should, among other things, specify the nature of relationship between the advertiser and the third party; disclose adequate information about the product or service; clarify reputational considerations for both parties; mandate product due diligence; and impose other specific requirements of the advertiser as are applied in good faith on a consistent and non-discriminatory basis during the period of engagement.

As always, there are costs to compliance and every advertiser must determine for itself the benefits accruing from incurring those costs. What is clear is that in an increasingly connected economy, where social media provides individual members of society the scope to publicly voice their opinion in real time, the risks to advertisers are exponentially greater than they have ever been. Therefore, compliance is essential and, arguably, an investment and not a cost.