One Month Later, Misgivings Abound About How New India's Updated Mineral Policy Will Be

The K.R. Rao committee has only recently taken on board the views of civil society stakeholders, raising questions as to whether illegal mining and environmental issues will be properly addressed. 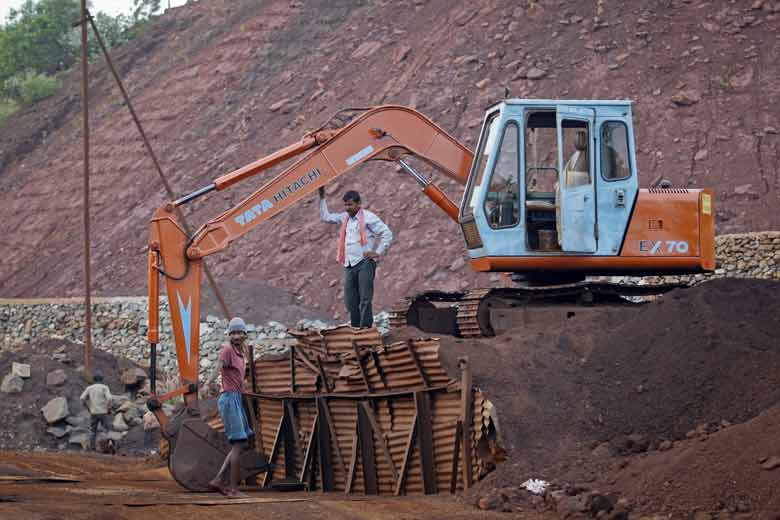 New Delhi: A government committee in charge of revamping India’s 2008 mineral policy has belatedly agreed to rectify its industry-skewed composition by roping in several civil society stakeholders as ad-hoc members.

However, according to multiple industry and environmental experts, it is unclear whether the K.R. Rao committee’s eventual draft policy will reform or shake up an industry that has been characterised by rampant illegal mining and gross environmental violations over the last decade.

“What we are looking at mostly is tweaks with some changes. There will be new paragraphs added to address issues of inequity, illegal mining and environmental concerns,” a senior government official on the committee, who declined to be identified, told The Wire.

The panel was set up after a recent Supreme Court judgment on illegal iron ore mining in Odisha. On August 2, 2017, Justices Madan B. Lokur and Deepak Gupta, disposing of a petition filed by non-profit organisation Common Cause, ruled that 100% of the value of the iron and manganese ore that been mined illegally in the state would have to be recovered, dealing a blow to companies such as Tata Steel and Essel Mining.

As part of its judgment, the bench also ordered the Modi government to set up a committee that would have a fresh look at the 2008 national mineral policy, “especially on areas of conservation and development”.

The panel’s only non-government representatives were from general and mining-specific industry lobbies. What was missing was civil society stakeholders and representation from sections of India’s adivasi  population.

“We are distressed to discover that the only outside representatives on the Dr Rao committee are from business lobbies. No other stakeholders are present. The Ministry for Tribal Affairs and the 6th Schedule areas are not represented. Civil society is completely excluded from the discussion, as are our children and future generations, whose shared inheritance we are consuming, violating Intergenerational Equity,” the Goa Foundation, a well-known environmental organisation that has been involved in litigation against illegal mining, said in a note to the committee on September 13.

In the committee’s first three meetings (August 28, September 11 and September 26), there has been no representation from the tribal welfare or panchayati raj ministries.

Minutes of the second meeting show that Rao “informed the committee that suggestions and comments” from both ministries had been requested – ironically, the current minister for mines (Narendra Singh Tomar) also holds the rural development and panchayati raj portfolio.

Implementation not on the table?

On September 26, at the panel’s third meeting, government bureaucrats heard out submissions made by Karnataka-based non-profit Samaj Parivartan Samudaya (through its president S.R. Hiremath) and the Goa Foundation. After doing so, the committee agreed to co-opt them as ad-hoc members and have them submit inputs by October 5, 2017.

According to the committee, the first draft will be put together by October 13, 2017 and then released for public comments by the end of the month.

“While we appreciate them hearing us out, we are deeply troubled by this consultative process. Many of the representatives of industry lobbies who had come and were participating were from companies that in the past had been pulled up for violations. So where is the question of a fresh start. While we will be drafting our input on issues such as intergenerational equity and zero-loss mining, the revamped policy will not contain elements that will lead to strong implementation,” said Claude Alvares, environmental activist and secretary of the Goa Foundation.

While mines ministry joint secretary Bipul Pathak acknowledged during the committee’s second meeting that the panel’s purpose was to “address environmental concerns, concerns of intergenerational rights, sustainability and other related issues”, the issues put forth by state and industry representatives have so far had more to do with the ease of doing business.

For example, in the same meeting Jharkhand’s mine commissioner, Aboobaker Siddique P, stated that the “major challenge in commencement of mining is obtaining FC and EC [forest clearance and environmental clearance].”

The Geological Survey of India’s (GSI) representative had grievances about how the environment ministry’s guidelines on prospecting in forest areas were not clear enough, with companies requiring more boreholes. “It was stressed upon the committee to address the issue of facilitating exploration in forest areas with the requisite number of boreholes,” the GIS representative’s account notes.

A director of the Odisha government, Deepak Mohanty, also hammered home this point, emphasising that because “exploration operations don’t sacrifice any greenery,” there was a need for the MOEFFC (ministry of environment, forests and climate change) to “allow and facilitate geological exploration in a serious manner”

On the troubling issue of illegal mining, multiple state government representatives acknowledged that the problem needed addressing. Pathak’s official view in the second meeting was that “concerns regarding illegal mining have also been addressed to a great extent” as a result of “administrative measures such as mining surveillance systems”.

At the moment, it appears as though illegal mining will be addressed as a separate paragraph in the new policy – the word ‘illegal’ appears only twice in the 2008 policy, clubbed to other issues as an afterthought – with reference to a host of technological methods that could help in tackling future problems.

Environmentalists and civil society stakeholders believe that this is not enough and that deeper reform is necessary.

When transparency proposals such as India joining the Extractive Industries Transparency Initiative (EITI) – a global standard for good governance of mineral resources – were brought up in the panel’s last meeting, sources say that a senior industry representative joked and pointed out that it would be difficult for mining firms to “get bank loans” if such a standard was adopted. The implication was that the core business fundamentals of mining companies in India were too unsound to qualify for institutional lending without some degree of opacity.

“The new mineral policy needs to acknowledge what the 2008 policy essentially failed to prevent over the last ten years. Why aren’t solid principles such as 100% recovery in cases of illegal mining or ways to weed out companies that have bad track records being discussed,” said Alvares.

The Goa Foundation’s submission recommends three reform measures that the new policy should ideally incorporate: they revolve around a state’s people getting the full value of mined minerals when sold, with this money then being put into a common fund from which dividends could be issued.

A similar, if toned down version, was proposed by the Shah Commission which recommended that 50% of the value of mined ore should flow to the state from which it was taken. Out of this money, 50% should go towards the development and welfare of the site (and its original population) from which the minerals were extracted.