India and Investment Arbitration: Transparency Abroad but Stonewalling at Home?

India’s push for greater transparency in investment treaty arbitration before the courts abroad is at odds with its practice back home. Here, one has to rely on RTI Act to seek any information on such matters. 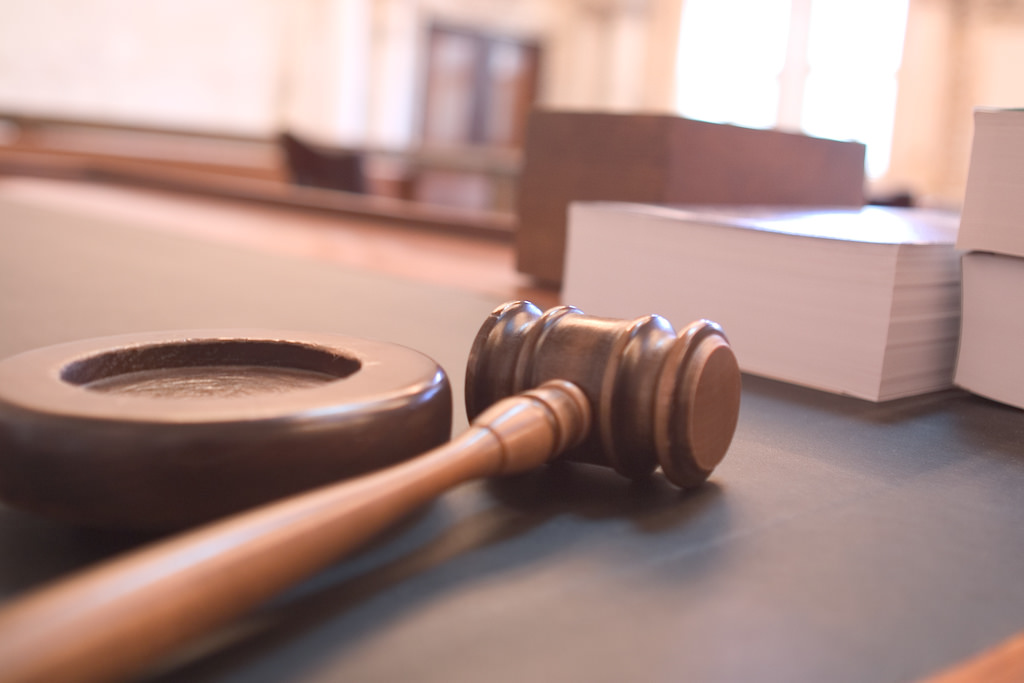 In May 2021, the Indian government lost an appeal at the Singapore Court of Appeal against an October 2020 decision of the Singapore High Court (SHC).

The cases before the Singaporean courts emerge from the ongoing investment treaty arbitration (ITA) between Vedanta Resources Plc, the British extractive giant, and the Indian government under the India-UK bilateral investment treaty (BIT). This dispute has its origins in the blunder of retrospective amendment of tax laws in 2012.

While the arbitration between Vedanta and India is pending, in another BIT arbitration arising out of the same matter, Cairn Energy v. India, the tribunal awarded $1.2 billion in compensation to Cairn Energy recently.

The cases before the Singapore courts, although incidental to the main arbitral proceedings, bring to the fore important issues related to the policy and practice of the Indian government regarding transparency in ITA matters. This piece seeks to shed light on those issues.

The declaration sought by India, was an important one, as such declaration would inevitably be based on treating ITA as conceptually and legally distinct from private commercial arbitration.

The SHC made an important observation to this effect:

While SHC agreed that this distinction was significant, and a novel issue that has yet not been decided under the Singapore law, it rejected India’s application on the ground that circumstances of the case did not justify the exercise of discretion to grant declaratory relief which India sought. India preferred an appeal that was dismissed by SCA which disagreed partly with the reasoning of SHC. Nevertheless, the observation of SHC regarding the distinctive nature of ITA was not questioned by the SCA.

It is important to note, however, that the objective behind India’s bid for greater transparency with respect to ITA at Singapore was not the disclosure of the Vedanta arbitration documents to the general public, but only to the Cairn Energy tribunal which was hearing the matter arising from the same cause of action.

Transparency in India? ‘We don’t do that here!’

When thought of as a litigation strategy before the Singapore courts, India’s insistence that there is no general obligation of confidentiality with respect to ITA is unsurprising.

Nevertheless, India’s push for greater transparency in ITA before the Singapore courts is at odds with its practice back home.

Also read: It’s Been 15 Years since RTI Act Was Passed, but Is It Really Working?

In India, to seek any information on the matters related to BITs one has to rely on the Right to Information Act, 2005. In an RTI request filed by the author, asking if the government had a designated policy regarding the disclosure of documents related to ITA cases against India, the Department of Economic Affairs (the nodal agency dealing with the BIT matters in India) replied that no such policy existed. However, the requests to publish the ITA-related information such as notice of arbitration, or award of the tribunal, are mechanically shot by the government, invoking the exceptions under the RTI Act.

Two provisions are routinely invoked to justify the denials – first, section 8(1)(a), exempting the disclosure of information which may be prejudicial to the sovereignty and integrity of India, security, the strategic, scientific or economic interests of the State, relation with foreign State or lead to incitement of an offence; and second, section 8(1)(b) exempting the disclosure of such information which is expressly forbidden from publication by any court or tribunal, or disclosure of which may amount to contempt of court.

Recently, when the author filed an RTI request seeking disclosure of the arbitral award rendered by the Permanent Court of Arbitration in Vodafone v India, the DEA invoked section 8(1)(b) to deny the information. To top it up the first appellate authority added that such disclosure is also exempted under section 8(1)(a). Similarly, in January last year when the author filed a request to publish the arbitral award in Tenoch Holdings v India, which India won, it was rejected invoking section 8(1)(b).

Vodafone RTI reply, dated December 18, 2020 by The Wire on Scribd

The invocation of these provisions is problematic for several reasons. The arbitral tribunal in the Vodafone case has dealt with the propriety of the imposition of retrospective taxation by the Indian government – a sovereign function, an exercise of public power of taxation. The implications of such arbitrations and awards are huge.

Also read: Vodafone versus India: A BIT of Confusion

The total cost to the public exchequer as a result of compensations to be paid after losing White Industries, Devas and Cairn Energy, adds up to a staggering amount of Rs 9,000 crore. There are several others pending where India might be expected to compensate huge amounts of money. Given such impact on public money, it is imperative in the public interest that citizens must ‘know’ about the actions of the legislature, and the executive, which bring such huge cost to the taxpayers’ money.

The Supreme Court in the case of Reserve Bank of India v Jayantilal has specifically observed that ‘an informed citizen has the capacity to reasoned action and also to evaluate the actions of the legislature and executives, which is very important in a participative democracy and this will serve the nation’s interest better which also includes its ‘economic interests.’ Therefore, it appears counterintuitive to withhold the arbitral award on the ground that its publication would be prejudicial to the economic interests of India under section 8(1)(a).

Further, the denial of the arbitral award on the ground of section 8(1)(b) is also problematic. In denying the request for the award, the authority simply relied on art. 32(5) of the UNCITRAL Arbitration Rules (UAR) providing that an award cannot be made public unless both the parties agree i.e., the host state and the foreign investor. While this may be so, the statute under which these authorities are operating i.e., the RTI Act requires the court or tribunal to expressly forbid the information from publication. Therefore, unless there is an express order from the tribunal prohibiting the publication, section 8(1)(b) cannot be invoked. The relevant actors under the art. 32(5) are the parties i.e., claimant investor, and the host State, whereas the actor contemplated under section 8(1)(b) is the tribunal. It will only be improper to apply section 8(1)(b) merely based on an agreement between the investor and the state, in absence of an express order by the tribunal.

The application of section 8(1)(b) based on article 32(5) of the UNCITRAL Arbitration Rules also exposes the lack of understanding of issues relating to the relationship between domestic law and international law. First, the UAR does not have the status of a treaty. They are only ‘procedural rules upon which parties may agree for the conduct of arbitral proceedings arising out of their commercial relationship.’ These rules do not create a general binding obligation on the Indian government, so as to supersede the obligations under domestic law such as the RTI Act.

Second, under the Indian legal system, the rules of international law do not create a binding obligation in the domestic law, unless they are implemented through a legislation by the parliament. The Indian parliament has not enacted any implementing legislation under art. 253 of the Indian Constitution making the UAR part of the Indian law. Therefore, invoking section 8(1)(b) on the pretext of UAR to avoid the obligations under RTI Act is a severe blow to citizens’ right to know, a constitutional right. It simply amounts to permitting the government to bypass the domestic law obligations by privately agreeing with a claimant investor to keep documents confidential in the arbitration.

Global push for transparency in ITA and India

Lack of transparency is one of the major reasons, responsible for the legitimacy crisis in international investment law, and ITA. This general lack of transparency exists regarding how BITs are negotiated, hearings of the arbitral tribunals, documents related to arbitration etc. In December 2013, the UN General Assembly adopted UNCITRAL Rules on Transparency in Treaty-based Investor-State Arbitration which inter alia provides that the documents such as the notice of arbitration, the response to the notice of arbitration, the statement of claim, the statement of defence etc. shall be made available to the public.

However, the new Indian Model BIT has an express provision on ‘transparency in arbitral proceedings’. Article 22 provides that subject to the applicable law for the protection of confidential information the defending party i.e., the host state, shall make documents such as the notice of dispute, the notice of arbitration, pleadings, submissions by parties, transcripts of hearings where available, and decisions, orders and awards issued by the tribunal.

The BITs signed by India with Belarus, Kyrgyzstan, after the new model was adopted, contain an identical provision on transparency. It is also important to note that the obligation of India in the Model BIT is independent of the consent of the other party i.e., the claimant investor. In other words, the consent of the investor is not at all necessary for the publication of ITA-related documents. However, the practice of government as discussed above, is diametrically opposite especially when they invoke section 8(1)(b).

While on most occasions the RTI requests related to ITA matter have been shot down, there have been two exceptional instances where the Indian government revealed the requested information such as arbitral awards, and the decision on jurisdictions etc, consequent to the author’s requests.

The Ministry of Heavy Industries and Public Enterprises was forthcoming in providing the Decision on Jurisdiction rendered by the PCA in the case of Nissan v India under the India-Japan CEPA in response to the original request by the applicant, in August 2019, even as the arbitration was ongoing and the award on merits had yet not been given.

Second, the Ministry of Shipping released in 2019 the arbitral award, as well as the decision on jurisdiction in the case of Louis Dreyfus Armateurs v India rendered by the PCA, where India won.

In April, an executive training programme was conducted for government officials, which had DEA officials, leading academicians, and practitioners in the field of ITA as resource persons. However, there was no session on transparency. Even if there was a discussion, we may never know, as all the deliberations were confidential.

Pushkar Anand is an assistant professor at the Faculty of Law, University of Delhi. He can be reached at pushkar.rathaur@gmail.com.