The EPFO data for the Ghosh and Ghosh study was given by the Niti Aayog, which in turn was tasked by the Prime Minister's Office to give quick indicators for direct reflections on employment data. 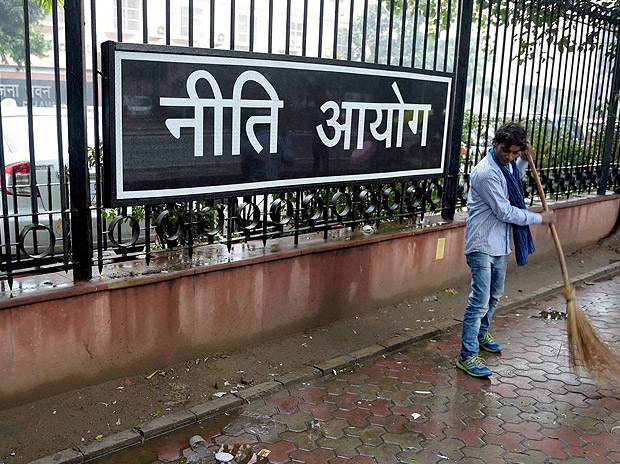 New Delhi: The study that claimed 7 million people would be added to the payroll in 2017-18 was triggered by the Prime Minister’s Office (PMO), which had asked the Niti Aayog last October to give “quick indicators for direct or indirect reflections on employment data” to be able to arrive at “desired trends in employment at the earliest.”

The Niti Aayog, in turn, helped the authors of the study – Towards a Payroll Reporting in India – to gain access to data of around 80 million Employees’ Provident Fund (EPF) subscribers.

Since this database is not in the public domain, the government think-tank acquired the data from the Employees’ Provident Fund Organisation’s (EPFO’s) national data centre office in Hyderabad and passed it onto the authors – Indian Institute of Management (IIM) Bangalore Professor Pulak Ghosh and State Bank of India (SBI) Chief Economist Soumya Kanti Ghosh – who arrived at their estimates on payroll addition based on that. The government’s think tank also allowed the authors to work from its offices.This was perhaps the first time that the EPFO data on employees was made available to a select group of non-government researchers.

Sources familiar with the developments say that even the EPFO was not fully aware that its employment data would be used by somebody outside the government system.The study has been widely quoted by the Union government to battle criticism of jobless growth in the economy.

Four days after the study by Ghosh and Ghosh was made public, Prime Minister Narendra Modi said in a televised interview that the data on 7 million jobs was a result of a study. While announcing the steps taken by the Centre to address the employment problem, Finance Minister Arun Jaitley said in his Union Budget 2018-19 speech earlier this month that “an study conducted recently has shown that 7 million formal jobs will be created this year”. Soumya Kanti Ghosh confirmed that both the researchers worked on their study from the office of the Aayog since the data was not publicly available. Sources said the EPFO placed the entire database on a file server and provided an URL (uniform resource locator) that could be accessed from anywhere by anyone who had the link to the server.

The URL had since been removed, sources said. The Aayog gave Ghosh and Ghosh access to around 60 gigabytes of EPFO database that included employees’ names, dates of birth, permanent account numbers, provident fund contributions, and industry names, for a period between January 2015 and November 2017. On November 2 last year, Niti Aayog Vice-Chairman Rajiv Kumar wrote a letter to the EPFO asking it to provide data on new EPF subscribers from April to October 2017.

In that communication, Kumar referenced the PMO meeting, held on October 29 last year, where the Aayog was told to “collect and analyse employment data across various sources”.

“The government think tank does not have the wherewithal to work on such massive data. So, it might have delegated it (the survey) to them,” said a senior government official who was part of the meetings that discussed the employment data. Using Big Data and machine learning tools, Ghosh and Ghosh worked on the sample data first (for the April-October 2017 period) before gaining access to the bigger database to conduct their final survey. Pulak Ghosh is an expert on Big Data and was also part of the advisory group on Big Data at the United Nations. The EPFO data centre provided the entire database of its subscribers to the Aayog on November 29 last year, for the period between January 2015 and October 2017.

A senior EPFO official said, “We gave the data to the Aayog, which is a government entity. We did not know there was an survey being undertaken based on our data.” The data was not meant to be shared with private citizens, he added. EPFO Central Provident Fund Commissioner V P Joy did not respond to an email questionnaire. The Aayog did not revert to a query on whether it would allow other researchers to work on a similar study in their office.

Many economists and Opposition party leaders have criticised the Union government in the past for providing “privileged access” to Ghosh and Ghosh for their survey and have demanded similar access to the database for their own studies.

Ghosh and Ghosh took more than a month to work on the massive EPFO subscriber data before making a final presentation to the PMO on the survey findings on January 12, days prior to making their report public. It was published as an “academic study” conducted by IIM Bangalore and SBI.