A court-ordered report has raised red flags over stocks of beach-sand minerals, which indicates both illegal mining and illegal exports of radioactive monazite. 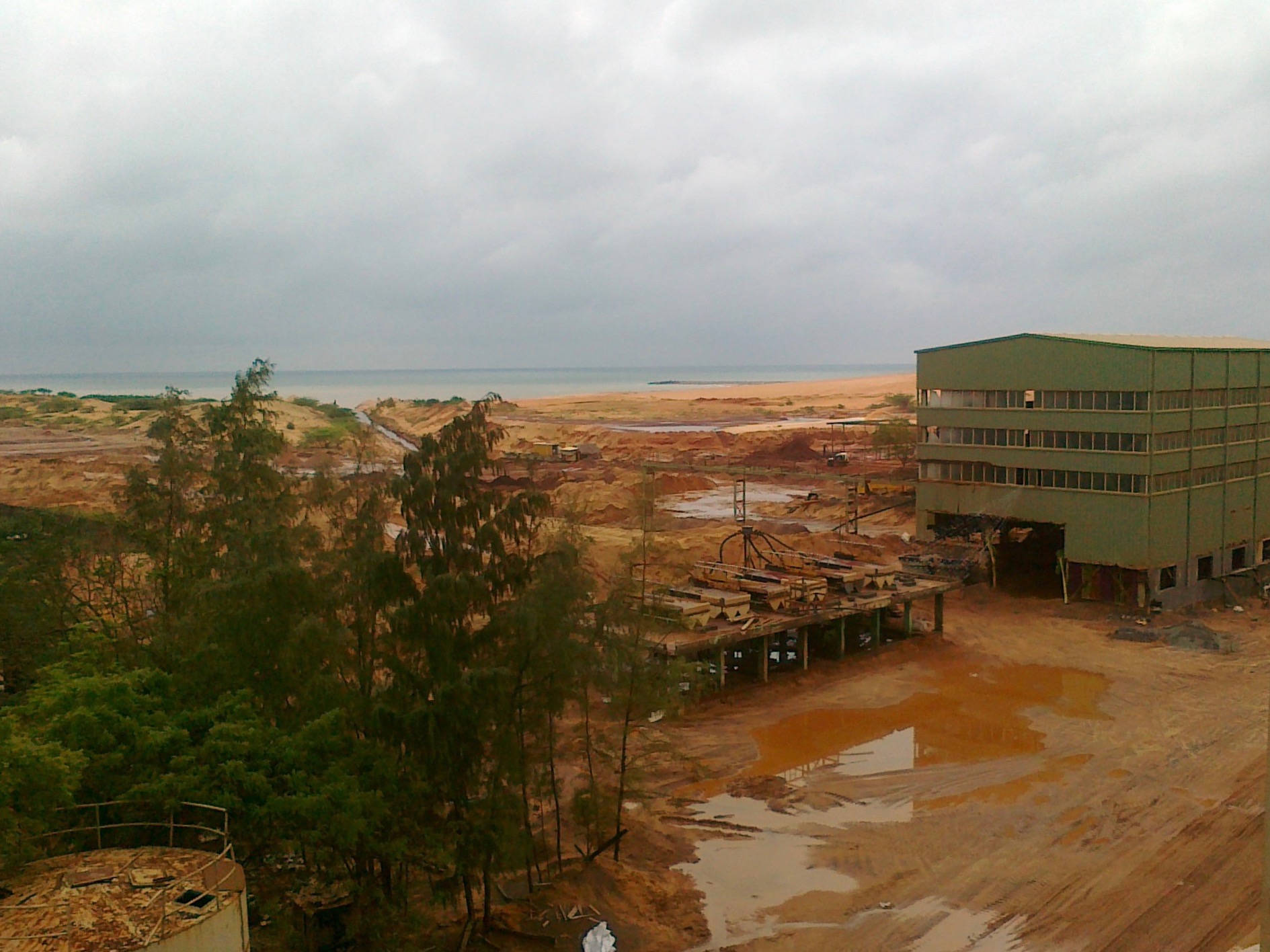 Chennai: On December 20, a truck carrying five metric tonnes of beach-sand minerals was stopped by police near Nanguneri, in the district of Tirunelveli. The driver was arrested for theft and for violating the Mines and Minerals (Development and Regulation) Act, 1957.

Tirunelveli police said that the truck was headed to Puducherry from a plant belonging to Beach Minerals Company.

This occurred despite the state government’s 2013 ban on mining or transporting beach-sand minerals. The Wire has extensively reported on how illegal mining, transport and export have continued despite the ban.

But this latest interception follows an even more sobering discovery.

Approximately 37,000 metric tonnes of monazite, an atomic mineral found in the state’s coastal sands, is sitting in godowns belonging to a clutch of miners in Tamil Nadu. It appears to have been mined illegally, and over 777 metric tonnes appears ready for export – which is against the law.

These numbers were presented in a report of the amicus curiae, in a case taken up suo motu by the Madras high court in 2015. The report was presented to the high court in July of 2018.

The monazite has been found mixed in with other beach-sand minerals – classified as raw sand, semi-processed minerals and processed minerals. The report makes a detailed argument that all of the stocks were illegally mined, subsequent to the 2013 ban.

The amount found packed in bags, mixed in with processed minerals,  is deemed to be ready for export, the amicus curiae wrote.

Monazite is an atomic mineral that occurs naturally in the coastal sands of three districts: Tirunelveli, Thoothukudi and Kanyakumari. It yields a number of rare-earth elements, such as neodymium and praseodymium. Both of these are in demand internationally for making high-performance rare-earth magnets – components of power wind turbines, electric vehicles and robotics.

Thorium can also be retrieved from monazite, and thorium can further be enriched to uranium.

For this reason, private firms are restricted from processing or exporting monazite. It remains a government monopoly, extracted under the purview of the Department of Atomic Energy. However, it remains legal for private companies to process and export other minerals mixed in beach sand – such as garnet, ilmenite, sillimanite, zircon and rutile – along with monazite.

If a large presence of monazite is found in the bags of other beach-sand minerals, packed and ready for export, then alarm bells begin to sound. 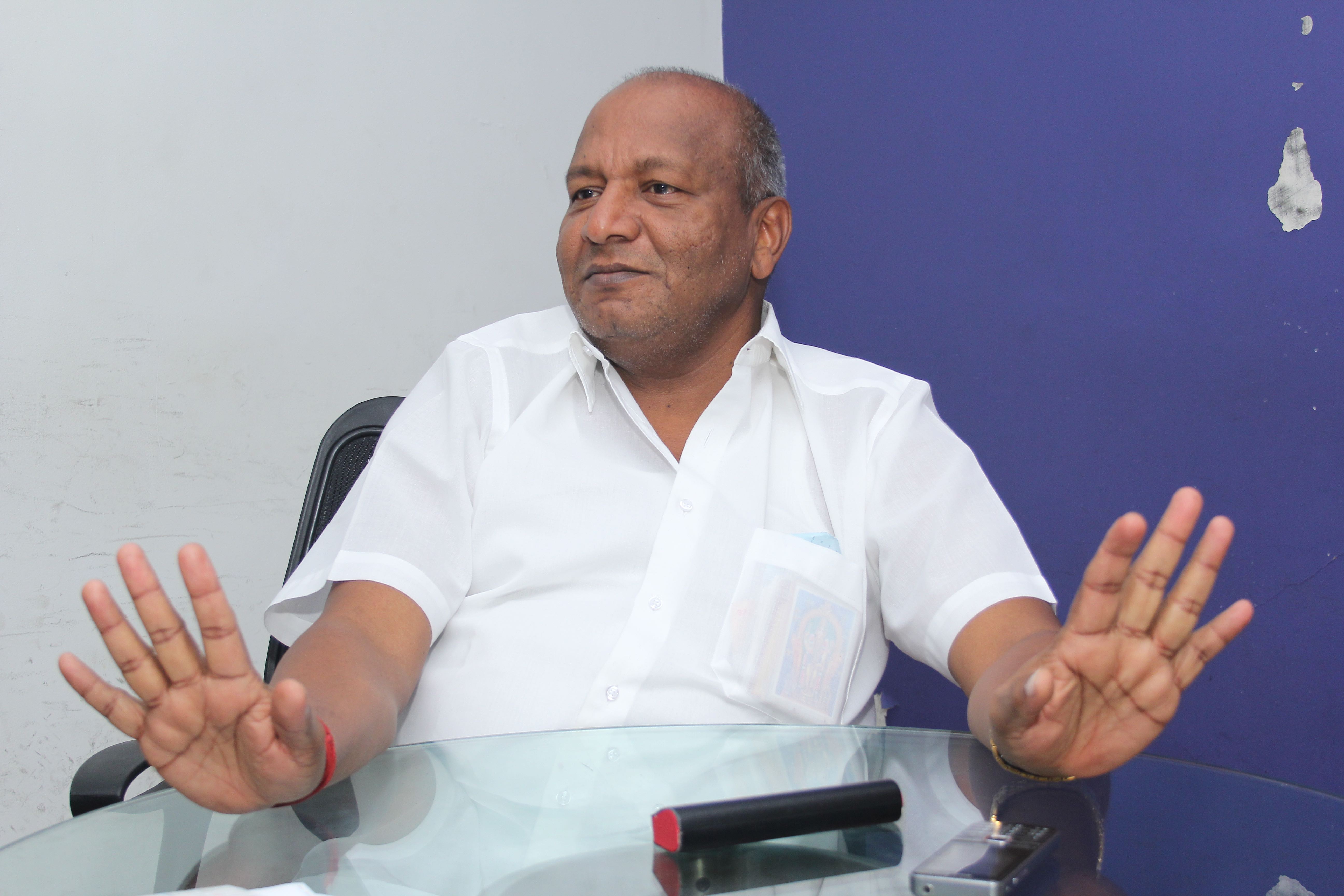 Two miners alone are in possession of the bulk of the apparently illegal stocks. VV Mineral and Transworld Garnet India, both owned by S. Vaikundarajan, had close to 18,000 metric tonnes of extractable monazite on their property and premises.

The other big holder of monazite is S. Sukumar, younger brother of Vaikundarajan and owner of Beach Minerals Company. His firm is in possession of over 13,000 metric tonnes of extractable monazite.

This is just the amount currently identified in the godowns, factories and mining sites of firms from Tirunelveli, Tuticorin and Kanyakumari in Tamil Nadu. It is impossible to know how much of the mineral has already been exported, mixed in with the other minerals that are allowed to be sent to foreign shores.

The data about the quantum of illegal monazite has been drawn from the report of the Sahoo Committee, a special team led by IAS officer Satyabrata Sahoo. The report was submitted to the Madras high court in April 2018.

The Sahoo report comprises a 56-page summary and eleven volumes of documents. It includes mineralogical and chemical analyses of samples, and radiation studies by a multi-disciplinary team, including officials from the Atomic Energy Regulatory Board (AERB), Atomic Minerals Directorate, and the state geology and mining department.

In July 2018, amicus curiae V. Suresh submitted his second report to the court, distilling further the findings of the Sahoo Committee.

It reported high levels of monazite mixed in with the other beach sand minerals – including in raw sand, semi-processed and processed minerals. “It is important to point out that some of the stocks said to be processed minerals were found to be packed in bags, presumably ready for sale,” the report said. 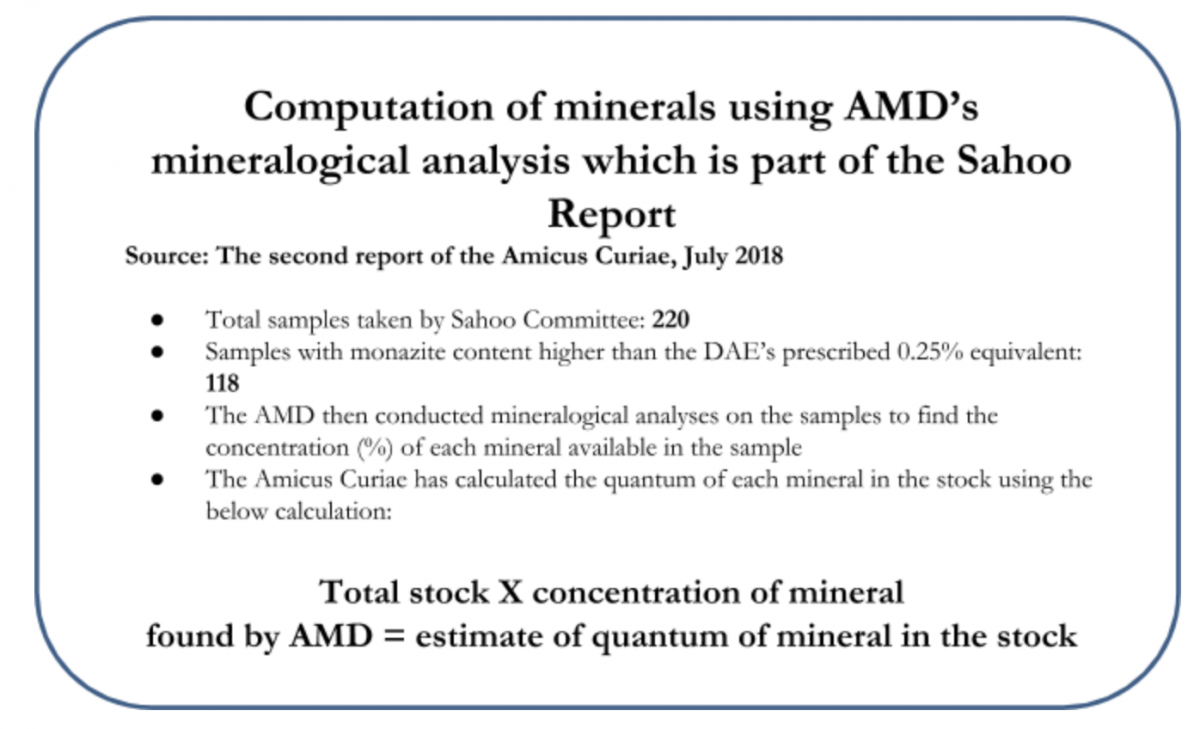 The value of monazite in the international market was set out by Don M. Lay, the CEO of Medallion Resources, a Canadian firm that deals with rare-earth elements. While this is one international value that can be attributed to the mineral, prices vary, depending on the quality, end use and buyer of the monazite sands.

“Monazite is traded mostly in China and South East Asia. Its price varies between $500 and $2,500 per ton depending on the purity, thorium levels (a negative), distribution of rare-earths and location),” he told The Wire, in response to an email about the global market pricing of monazite.

“Transportation is expensive because of the radioactivity, [which] means special containers and handling. Sometimes monazite is contained with a heavy mineral concentrate (normally an ilmenite and zircon mix) and is sold as a concentrate and then separated at a mineral separation plant at the destination plant (most of these are in China).”

What Lay explained is also what was found by the court-ordered team that examined the stocks  in the premises of the miners – that monazite is mixed in with other minerals like garnet, ilmenite, rutile and zircon and packed in bags, “presumably ready for export”.

At present, the private beach-sand mining sector in Tamil Nadu is dominated by one family. The chart below shows the ownership pattern of companies involved in the sector.

It is not just the illegally mined and ready-for-export monazite mix that has alarmed the court and the state. Back-calculations of the amount of raw sand that would have had to be mined to reach these quantities of processed mineral are equally worrying.

Take for instance the presence of 23,608 metric tonnes of monazite, in a yard belonging to VV Mineral to store ‘tailings’. The figure of how much monazite is stored there is consistent between AERB records and the company’s submissions. But calculations show that the miner has likely mined at least three times the amount of raw sand that he claims.

“A total quantity of over 4.6 cr tonnes of raw sand is required to produce 23,608 MTs of Monazite,” says the amicus curiae’s report. “How and where this was obtained or how such a massive mining could be covered up is a matter that is required to be inquired into by specialised agencies competent to undertake such an investigation.”

Almost all of the beach-sand mining firms seem to have followed the same disputed method of calculation as VV Mineral, the report added. 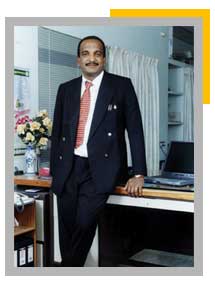 Raising another red flag, the Sahoo Committee report found a low quantity of monazite in the tailings at the designated yards of the Beach Mineral Company. This firm is owned by Vaikundarajan’s younger brother, S. Sukumar.

As other minerals are extracted and removed, the concentration of monazite should increase.

The report observes: “The authorities at AERB need to look into the fact as to why monazite equivalent of such low concentration (eg: 0.72% at Kuttam and 0.39% at Arasoor) need to be kept in these specific sites. Has this concentration of the monazite equivalent changed over the years because of any pilferage? Were they being properly inspected in a timely manner? Is there a possibility of its being transported out without the knowledge of AERB or the authorities concerned?”

All of these figures are as found in April-May 2017, when the Sahoo Committee inspected and sealed the premises and godowns of the miners. It is unclear when the stocks were mined and processed and how much monazite mixed in with other minerals has already been exported. With these questions in mind, the amicus curiae has suggested that a special investigative team probe the situation in detail.

This correspondent sent questionnaires to all the concerned firms, though only VV Mineral responded.

Asked about the 37,022 MT of extractable monazite found by the Sahoo Committee – and the amicus curiae conclusion that it was illegally mined – J. Muthu Rajan, director, VV Minerals replied that the amicus’ report contained “reverse calculation with virtual numbers by amicus curie with noting to back it up.”

Muthu Rajan also alleged that the amicus curiae had relied on date from a separate report – the Gagandeep Singh Bedi report issued in 2014 – and dismissed the latter. “Bedi committee has be deemed to be partial (we have a single judge order for the same, for which government has a stay). Sahoo committee was separate, in fact it clears us as the data matches with our declaration. That is why Amicus Curie is relying on data from Bedi (which is partial) and have not used data from Sahoo as is but with some specific modification as he sees fit and also making some up.”

In fact, the amicus’ report speaks only of findings from the Sahoo report. It is unclear why the firm claims that it refers to the Bedi report.

“Please explain if they are pure monazite like how IRE (a government company) does or is it tailing with trace quantity, stored for transportation to the storage bunkers as per the rules? Because I know Sahoo report had the distinction between raw material, middling, in process material, tailings and finished material. But Amicus Curie Report did not have that distinction.

This is equivalent to claiming to visiting your house and claiming I found lot of dirt in your house. More details is needed, for example if inspection was done in the trash bin of course there is going to be dust, that may not be the case for the dining hall. That distinction is needed.”

As a matter of fact, the amicus curiae’s report uses the same distinctions as the Sahoo report in terms of raw sand, semi-processed and processed minerals.

Sandhya Ravishankar is a Chennai-based journalist who has been investigating illegal beach sand mining for years. She tweets at @sandhyaravishan