Lenders however have asked the company to submit a revised resolution plan within 10 days, which if accepted could see a withdrawal of the insolvency plea. 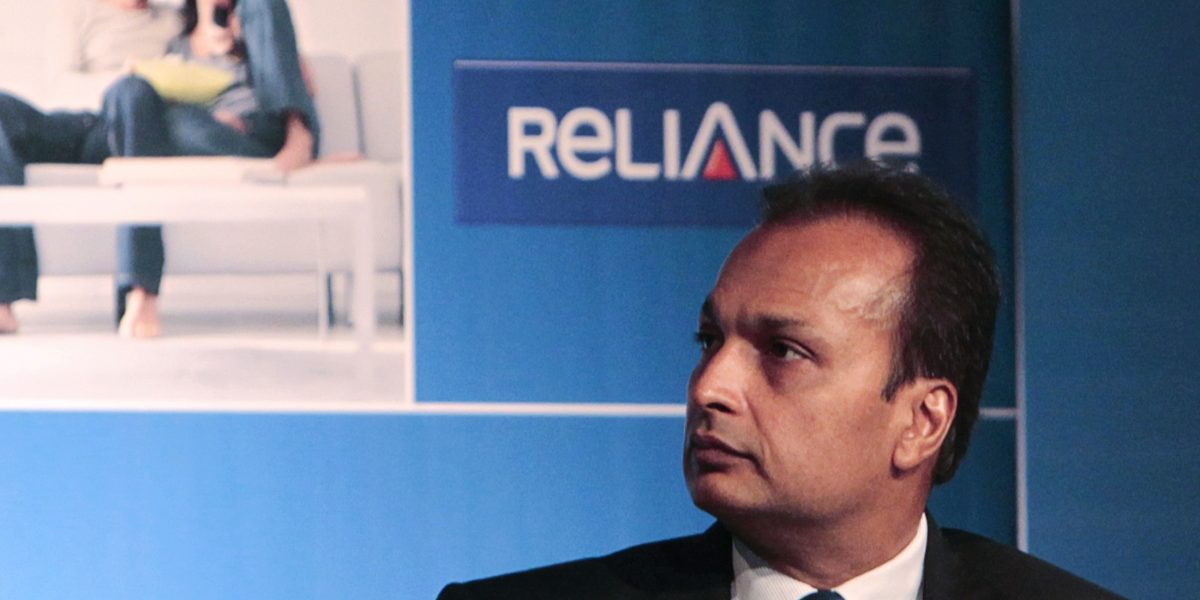 The company's auditors in April raised doubts over its ability to continue as going concern. Credit: Reuters

New Delhi: IDBI Bank on Thursday filed an insolvency application against the Anil Ambani-owned Reliance Naval and Engineering in the Ahmedabad bench of the National Company Law Tribunal, in a petition that seeks debt resolution under India’s insolvency and bankruptcy (IBC) process.

The application kicks off an end-game of sorts for Reliance Naval, which for the last six months has struggled to present an acceptable resolution plan to its lenders, to whom the company owes nearly Rs 9,000 crore.

Reliance Naval is part of a group of companies that were affected by the Reserve Bank of India’s February 12 circular, which gave banks a six month-period to resolve debt for corporate accounts that were in default by even one day. If a resolution plan could not be worked out in six months, the lenders would have to drag the defaulter to the NCLT to start the insolvency and bankruptcy process.

As The Wire reported in April 2018, multiple banks were forced to declare the Reliance Naval account as non-performing after it failed to service its interest obligations in the October-December 2017 quarter.

In the quarter ended June 2018, the company reported a consolidated loss of Rs 347.1 crore.

Settlement offer on the cards?

On Thursday, in an afternoon meeting with its lenders, the promoters of Reliance Naval offered a one-time settlement offer, which would see a Rs 1,000 crore cash repayment upfront in addition to converting remaining debt into equity and convertible redeemable preference shares. The company has also allegedly offered to take over Rs 1,350 crore of the firm’s guarantee and move it to the parent Reliance Infrastructure.

Banking sources The Wire spoke to, however, indicated that such a deep haircut was being viewed with wariness. The lenders have consequently asked Reliance Naval to come up with a revised settlement within the next 10 days. If the new offer is acceptable, the insolvency petition could be withdrawn.

According to a new amendment to the IBC guidelines, if 90% of lenders agree to accept a settlement offer – and a deal is arrived at before the bidding process starts – then banks have the power to withdraw from the insolvency proceedings.

A questionnaire sent to Reliance Naval regarding its revised settlement offer went unanswered until the time of publication.

In April, The Wire reported how Anil Ambani’s decision to purchase the heavily-indebted Pipavav Defence in a fire-sale didn’t really pay off.  At the time of the acquisition, Pipavav (which was later renamed to Reliance Naval and Engineering) was in a corporate debt restructuring programme, with dues of nearly Rs 7,500 crore.

Since then, Reliance  hasn’t been able to turn things around – in March this year, in a curious turn of events,The Wire had reported how Reliance Infrastructure issued a Rs 5,000 crore arbitration notice against the founders of Pipavav.

The notice – which named Nikhil Gandhi, Bhavesh Gandhi and their companies SKIL Infrastructure, Grevek Investments and SKIL Shipyard holdings – said that it was entitled to claims for Rs 5,440.38 crore for “breach of warranties under the purchase agreement” between Reliance Infra and the “founder promoters”.

According to legal sources with knowledge of the arbitration process, Reliance discovered what it believes are serious breaches in representations made by the founder promoters, revolving around the state of affairs and governance standards of the company.

In April, the company’s auditors raised doubts over the firm’s ability to continue as a “going concern”. In its defence, Reliance Naval has blamed a global slowdown in the shipbuilding industry and inordinate delays by India’s defence ministry in handing out contracts.

In August 2018, Anil Ambani stepped down as director of the debt-ridden firm in order to comply with a provision in India’s companies law.