In an interaction with American journalists in New York, the Microsoft CEO noted that his family celebrated all major religious festivals in Hyderabad. 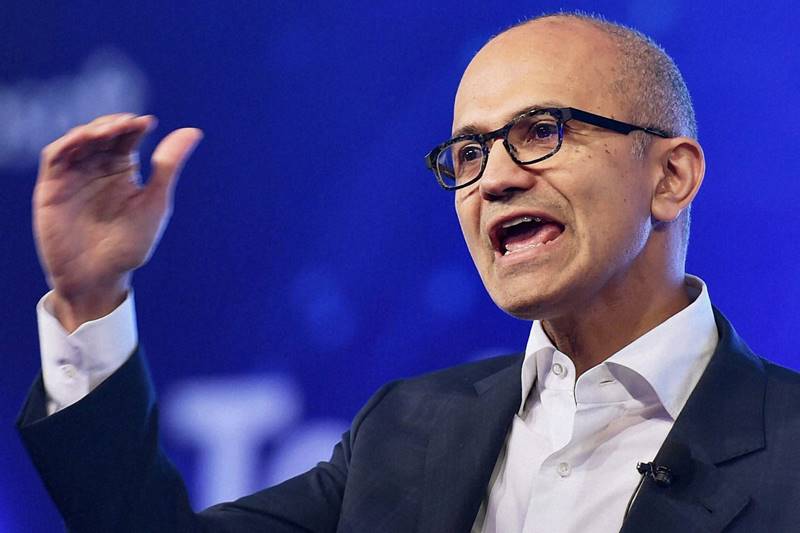 “I think what is happening is sad, primarily as sort of someone who grew up there, I feel, and in fact quite frankly, now being informed shaped by the two amazing American things that I’ve observed which is both, it’s technology reaching me where I was growing up and its immigration policy and even a story like mine being possible in a country like this, I think it’s just bad…,” Nadella told American journalist and Buzzfeed editor-in-chief Ben Smith in New York on Monday.

The technology firm’s boss was reportedly speaking to the press at a Microsoft event in Manhattan.

“…If anything I would love to see a Bangladeshi immigrant who comes to India and creates the next unicorn in India, or becomes the CEO of Infosys, that should be the aspiration. If I had to sort of mirror what happened to me in the US, I hope that’s what happens in India,” Nadella added.

Asked Microsoft CEO @satyanadella about India's new Citizenship Act. "I think what is happening is sad… It's just bad…. I would love to see a Bangladeshi immigrant who comes to India and creates the next unicorn in India or becomes the next CEO of Infosys" cc @PranavDixit

Nadella is from Hyderabad and studied at the Manipal University before leaving to the United States. His father, B.N. Yugandhar, was a 1962 batch Indian Administrative Service (IAS) officer who served as secretary of former Prime Minister P.V. Narasimha Rao.

In his interaction with journalists, Nadella also pointed out that he was proud of his multi-cultural roots, an aspect he has also addressed in his 2017 book Hit Refresh.

“I’m very proud of where I get my heritage, culturally in that place, and I grew up in a city, Hyderabad, I always felt it was a great place to grow up, we celebrated Eid, we celebrated Christmas, Diwali, all three festivals that are big for us,” the Microsoft CEO said.

Shortly after Nadella’s comments became public, Microsoft India issued a statement that had a more measured tone, but did not retract the CEO’s comments.

Instead, it reiterated that the hope was to see an India in which an immigrant can found a prosperous start-up and quoted Nadella as saying that every country should “define its borders, protect national security and set immigration policy”.

“Every country will and should define its borders, protect national security and set immigration policy accordingly. And in democracies, that is something that the people and their governments will debate and define within those bounds,” the statement said.

The Centre last week issued a gazette notification announcing that the CAA has come into effect from January 10, 2020.

There have been widespread protests against the Act in different parts of the country.