The state's politicians could've used recent court judgments as an opportunity to carry out reform. Instead, they will plead with the Modi government to extend mining leases further. 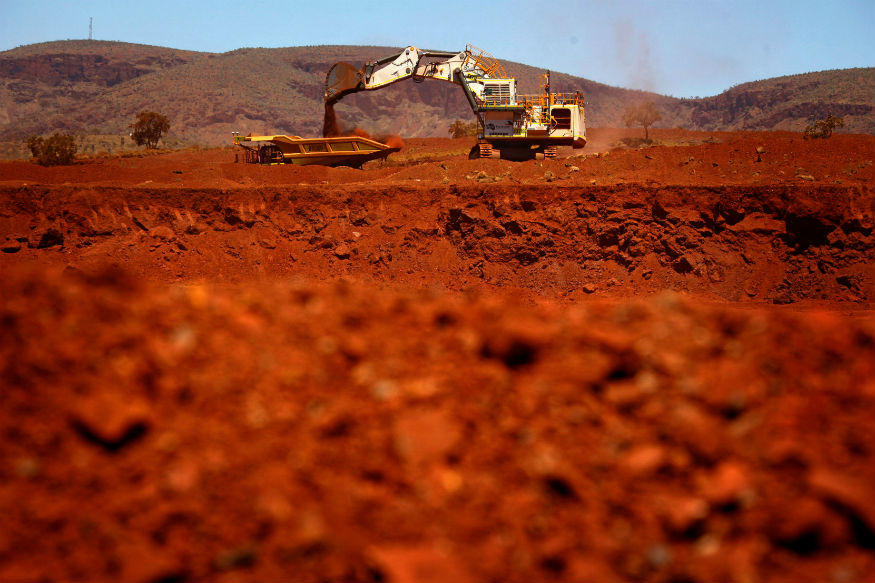 Natural resources, including minerals, are a shared inheritance, owned by the state in trust for the people and especially future generations. Credit: Reuters

A delegation of members of legislative assembly (MLAs) from Goa are headed to Delhi on Monday. They will plead with the Centre for an ordinance to retrospectively amend a 1987 Act, so that existing mineral leases get automatic extension for another 20 years (till 2037).

In effect, this is a plea by Goa’s ruling politicians to regularise illegal mining from November 23, 2007 till date – the amounts recoverable from Goa’s miners likely exceed Rs 1,00,000 crore – and to hand over another tranche of public money valued at another Rs 1,00,000 crore to the same illegal miners, instead of getting the state the best value through public actions.

To apply the Supreme Court’s words used by it in its recent Goa mining lease renewal case, “the inferences that can be drawn are obvious”.

In the run-up to the Beijing Olympic games, the demand for iron ore soared. The resulting iron ore mining boom in Goa led to a free-for-all situation, with the environment being devastated and laws being violated. In response, the Goa government set up a public accounts committee (PAC) under Manohar Parrikar to examine mining. The PAC observed:

“There is a complete breakdown of all machineries provided by the statute which are required to ensure that mining is undertaken and carried out in a legally permissible manner.  The term ‘irregular mining’ is nothing but illegal mining.”

The Centre set up the Justice M.B. Shah commission to examine illegal mining in Goa. After visiting Goa, it wrote:

“Inaction, delayed action and mild actions have had created fearless atmosphere, abuse of law and regulations in the Goa state. This has paved ways for large scale irregularities, illegalities and corruption. … The regulatory mechanism has been totally collapsed and irregularities due to maladministration have risen to its peak. In the process, the sole loser is environment, eco-system of the Western Ghats, general public and treasury of Goa state.”

“It is pertinent to state here that such illegal acts can’t happen without connivance of the politicians, bureaucrats and lessees. There is a complete collapse of the system.”

Riding the anti-corruption surge and the leaked PAC report, the BJP led by Manohar Parrikar won a majority in Goa’s legislative assembly elections in February 2012. A key promise was to clean up corruption.

Following the Shah commission report, Parrikar banned mining in Goa on September 10, 2012. In the subsequent PIL filed by the Goa Foundation (GF), the Supreme Court issued a historic judgement in April 2014.

Some of the key rulings were:

A number of other illegalities alleged were left to the Goa government to pursue. The period of illegal mining was under Digambar Kamat of the Congress.

Goa now had a clean slate. No existing leases. The recoverable due to nearly 5 years of 100% illegal mining was conservatively estimated at Rs 65,058 crore, or Rs 4.5 lakh per person (Goa Foundation). Recent claims by the Goa Mineral Ore Exporters Association (GMOEA) – that Goa exported $7 billion of iron ore each year before 2012 – would lead to recoverable amounts of over Rs 2,04,750 crore!

Less than a month after the SC judgment, in May-2014, the BJP won a historic majority in the general elections, promising that natural resources would henceforth only be auctioned. Keeping with its promise, in November 2014, it introduced a bill for public consultation providing that henceforth mining leases could only be granted to private players through auctions. Only public sector undertakings (PSUs) could still be allotted mineral leases without an auction.

Back in Goa, Parrikar ruled out auctions and PSU mining despite the BJP manifesto. Auctions raised the threat of the unknown mining mafia coming into Goa, he said, and PSU mining raised the possibility of corruption and misgovernance.  Instead of recovering the amounts legally due from the miners and either auctioning mines or mining under a PSU, the BJP government, initially under Manohar Parrikar and later under Laxmikant Parsekar, renewed 88 mining leases.

Not just renewed leases, but back-dated their period of validity to November 22, 2007.

Three groups of petitioners – Goa Foundation, Sudip Tamankar, and a group lead by Rama Velip – filed cases in the Supreme Court challenging the renewals and a related high court order directing them. On February 7, 2018, in a scathing judgment, the SC quashed the mining lease renewals, but gave the miners until March 16, 2018 to manage their affairs. The SC said:

“The state ignored the fact that every single mining lease holder had committed some illegality or the other in varying degrees.”

“With the mining lease holders violating virtually every applicable law or legal requirement, it is clear that the rule of law was not their concern.”

“It was observed by Justice Khehar in Natural Resources Allocation that material resources of the country should not be dissipated free of cost or at a consideration lower than their actual worth. This was not kept in mind and mining leases were renewed for a small payment of stamp duty and royalty. It is therefore clear that the considerations that weighed with the State were not for the people of Goa but were for the mining lease holders.

“The entire exercise undertaken by the state was a hasty charade, regardless of violations of the law by the mining lease holders, without any benefit to the Indian industry and without any concern for the health of the average Goan.”

“…Without making any serious attempt to recover such huge amounts, the State of Goa has granted second renewal of mining leases and the MoEF played ball by lifting the abeyance order in respect of the environment clearances. The inferences that can be drawn are quite obvious.”

In effect, the position from the previous judgment has been restored. Mining after November 22, 2007 is illegal. Even larger amounts are recoverable, more than enough to provide for any further doles to the mining dependents.

Goa can restore the environment first and simultaneously pursue recoveries. Dumps the size of 300 Giza pyramids litter the state, using up land. An estimated 150 million tonnes are saleable if we remove the iron ore from these dumps alone. (There are several other valuable minerals in these dumps, discarded as waste.)

Numerous mining pits and quarries have been abandoned, even in wildlife sanctuaries. Agricultural fields & river bottoms are coated with iron ore, at times a metre thick. Dump mining could be conducted by a PSU, with auctions of the raising contract and the iron ore for sale. This would utilise the mining cap for at least 8 years, giving the land some breathing time and space to recover health. Recoveries are to be saved in the permanent fund, and only the real income distributed as a common dividend. This option, advocated by the Goenchi Mati (Goan Earth) Movement, would create jobs, provide a shared prosperity and restore a green Goa.

The alternative of restoring the environment as an economic opportunity is never discussed by Goa’s politicians. Instead, they see only two legal courses of action – fresh mining through a PSU or fresh mining through auctions of mining leases to private entities. Neither is attractive. The existing miners would still need to cough up huge sums and they would nevertheless be debarred from mining for their persistent illegalities. This is a mortal threat to the entire miner-politician-bureaucrat nexus.

As a result, Monday will witness Goa’s MLAs (both Congress and BJP) pleading with the NDA government at the Centre to pass an ordinance so that they do not have to pursue their miner friends for recovery of illegal gains and start afresh. They will plead to give away more of our collective mineral wealth to a few super-rich miners, leaving behind a corrupt, devastated and bankrupt Goa for our children.

Claude Alvares and Rahul Basu are part of the Goa Foundation.