The proposed Debt Management and Fiscal Responsibility Bill does not achieve its basic objective – to constrain absolute government discretion to deviate from the path of fiscal consolidation. 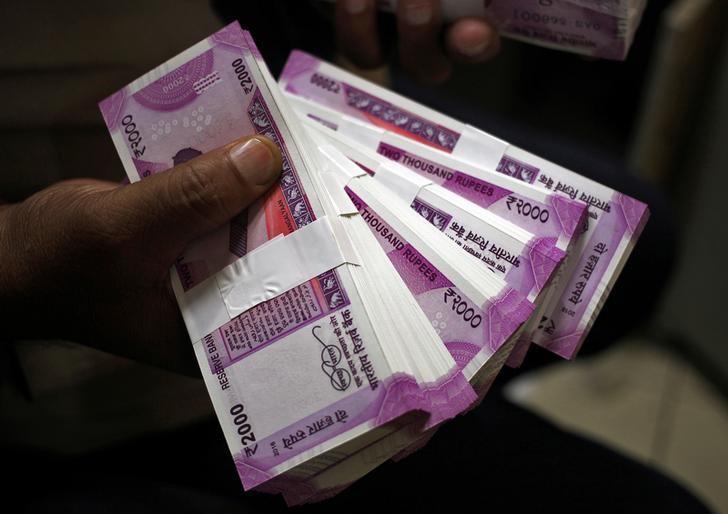 A credible fiscal framework is a critical pillar of macroeconomic management. In the Indian context, a commitment to fiscal consolidation will complement the new inflation-targeting monetary policy framework. The recently released report of the FRBM (Fiscal Responsibility and Budget Management) Review committee is an attempt to reform the fiscal framework of the country. This committee has proposed a new legislative framework for fiscal consolidation – the Debt Management and Fiscal Responsibility (DMFR) Bill, 2017. This bill lays down an elaborate arrangement to ensure that the central government sticks to the path of fiscal consolidation and can only temporarily deviate from it by triggering a strictly drafted escape clause.

However, going by past experience, this proposed legal arrangement falls short. This is because the committee has focused only on the statutory escape clause and completely overlooked the escape clause in-built within the Indian constitution – the “money bill” – which can be used by the central government at its discretion to dilute this new legal arrangement.

A state is said to be in fiscal deficit if in a given year it spends more that what it earns through revenue. In such a situation, the state can finance its extra spending through borrowing. The amount thus borrowed adds to the public debt of the state. Public debt is not harmful per se. Just like an educational loan is not harmful for a student’s career. Instead, both are crucial investments for the future. However, while a student has every incentive to be cautious while taking a loan, ruling politicians have a perverse incentive to spend much more than the revenue in a bid to woo their vote bank. This gets reflected in successively higher and persistent public debt, thus imposing a higher financial burden on future generations of citizens. Hence, the need for rules to restrict the discretion of ruling politicians in raising public debt and promote fiscal consolidation.

But imposing absolute restrictions on the ruling politicians’ discretion on raising public debt could be counter-productive. Under pressing circumstances, like sudden economic shocks, it may be prudent for the state to temporarily deviate from the long-term path of fiscal consolidation. For instance, on October 17, 2013, former US President Barack Obama signed a bill to temporarily suspend the debt limit of the US government, ending a two-week partial shut down of the US federal government.

In view of this Hobson’s choice, it is essential to have clear long-term fiscal targets along with a precise escape clause that allows temporary deviation from the targets only under pressing circumstances.

The current FRBM Act, 2003 provides such an escape clause. Section 4 states: “Provided that the revenue deficit, effective revenue deficit and fiscal deficit may exceed such targets due to ground or grounds of national security or national calamity or such other exceptional grounds as the Central Government may specify”. The FRBM committee found the words “such other exceptional grounds” to be vague, liable to expedient interpretation to suit the needs of the government in office. Consequently, it proposed an improved mechanism constraining government discretion on triggering the escape clause to deviate from the path of fiscal consolidation.

The proposed DMFR Bill makes the debt-GDP ratio the key anchor of fiscal policy. An obligation has been imposed on the central government to endeavour towards lowering the debt-GDP ratio to 60% by FY’ 2023. Further, the proposed bill requires the Centre to ensure that fiscal deficit and revenue deficit do not exceed specific numerical targets across financial years 2017 to 2023. Deviation is permitted only on specific grounds in clause (7) – the escape clause. To prevent misuse of this escape clause and drawing on international best practice, an independent ‘fiscal council’ has also been proposed. The central government can trigger the escape clause only on advice of this fiscal council. Moreover, while exercising the escape clause, the central government must also prepare a clear plan to show its commitment to return to the long-term fiscal target. With these new features, the proposed DMFR Bill is certainly an improvement over the existing FRBM Act.

Yet the new DMFR Bill, 2017 does not achieve the basic objective – to constrain absolute government discretion to deviate from the path of fiscal consolidation. This is because the DMFR Bill only improves the statutory escape clause but does not in any way constrain the central government’s misuse of the escape clause in-built within the Indian constitution. In the Indian set-up, the Centre being the executive wing of the state, is controlled by the Cabinet, which in turn enjoys a majority in the Lok Sabha. And the Constitution under Article 109 read with Article 110(1)(b) empowers the Lok Sabha to unilaterally enact a law on “borrowing of money” by the government of India as a “money bill”. No approval is required from the Rajya Sabha. Therefore, if the central government (ie. the cabinet) finds itself tied by any provision of the FRBM Act or DMFR Act, the Lok Sabha (where the cabinet enjoys majority) can always unilaterally amend the FRBM Act or DMFR Act to relax those restrictions. In other words, if the statutory escape clause is too restrictive, the central government can always use the constitutional escape clause to suitably amend the statute itself to deviate from the path of fiscal consolidation at its own discretion.

Worse, this is not a mere theoretical apprehension. The Indian government has in the past consistently used this money bill route to relax the restrictions under the FRBM Act. For instance, section 4(1) of the FRBM Act, 2003 initially stated: “The Central Government shall take appropriate measures to reduce the fiscal deficit, revenue deficit and effective revenue deficit to eliminate the effective revenue deficit by the 31st March, 2008”. Finance Act, 2004 extended the deadline to March 31, 2009, with Finance Act, 2012 changing it to March 31, 2015 and Finance Act, 2015 changing it to March 31, 2018. Effectively, this constitutional escape clause allowed the government to dilute the FRBM Act. The proposed DMFR Bill, if enacted, could be similarly diluted. This aspect has been completely overlooked by the committee in its report. Unless the committee is able to propose a mechanism to check potential misuse of this constitutional escape clause, no amount of precision in statutory drafting will be able to constrain absolute government discretion in deviating from the path of fiscal consolidation.

Pratik Datta is a researcher at the National Institute for Public Finance and Policy (NIPFP). Radhika Pandey is an economist and consultant at NIPFP.