The four men were employees of private firm M/S Star Constructions and were engaged in maintenance work at the plant's coal chemicals department, SAIL said. 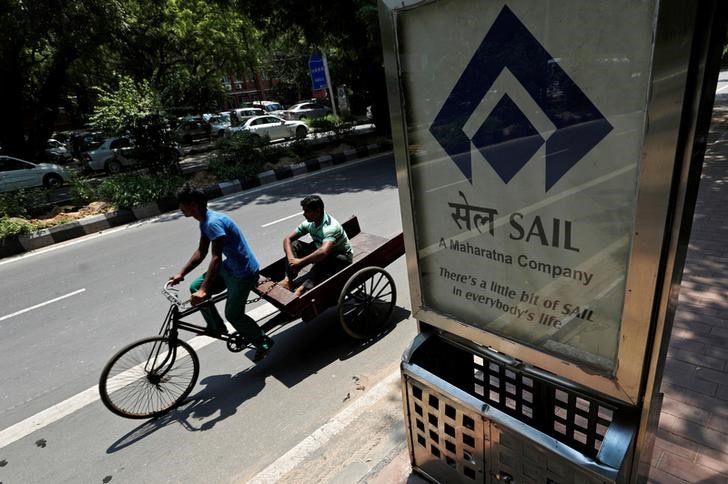 A man paddles his rickshaw pasts an advertisement of Steel Authority of India Ltd. (SAIL) at a street in New Delhi, India, August 5, 2016. Credit: Reuters/Adnan Abidi

Bhubaneswar: Four contract workers at the Steel Authority of India Limited’s (SAIL) Rourkela steel plant in eastern India died on  Wednesday after a suspected gas leak, the state-owned company said in a statement.

Two deputy general managers (DGMs) have since been placed under suspension for negligence.

The four men were employees of private firm M/S Star Constructions and were engaged in maintenance work at the plant’s coal chemicals department, SAIL said.

“The workers felt unwell at around 9 am on January 6, 2021, and were immediately rushed to the ICU of Ispat General Hospital (IGH) at Rourkela for treatment,” the company said in a statement.

“A high-level committee has been formed to inquire into the cause of the incident and all emergency protocols have been immediately activated in the plant.”

The inspector general of police Kavita Jalan told Reuters that the police were investigating the deaths.

Odisha Chief Minister Naveen Patnaik and Union Petroleum and Steel Minister Dharmendra Pradhan have expressed grief over the loss of lives in the mishap.

“Deeply saddened to know about the tragic loss of lives in the gas leak incident at Rourkela Steel Plant. My thoughts and prayers are with bereaved families in the hour of grief,” Patnaik said in a message.

“Grieved at the loss of lives in an unfortunate incident at SAIL Rourkela Steel Plant. My thoughts are with the affected families in this hour of grief,” Pradhan tweeted.

One member from each of the deceased’s families will be offered a job in RSP. Besides, the organisation for which they were working has been asked to give compensation of Rs 2.5 lakh each to the families of the deceased, a senior official said.