The parties will now get a free pass for violations of the law going back 40 years. 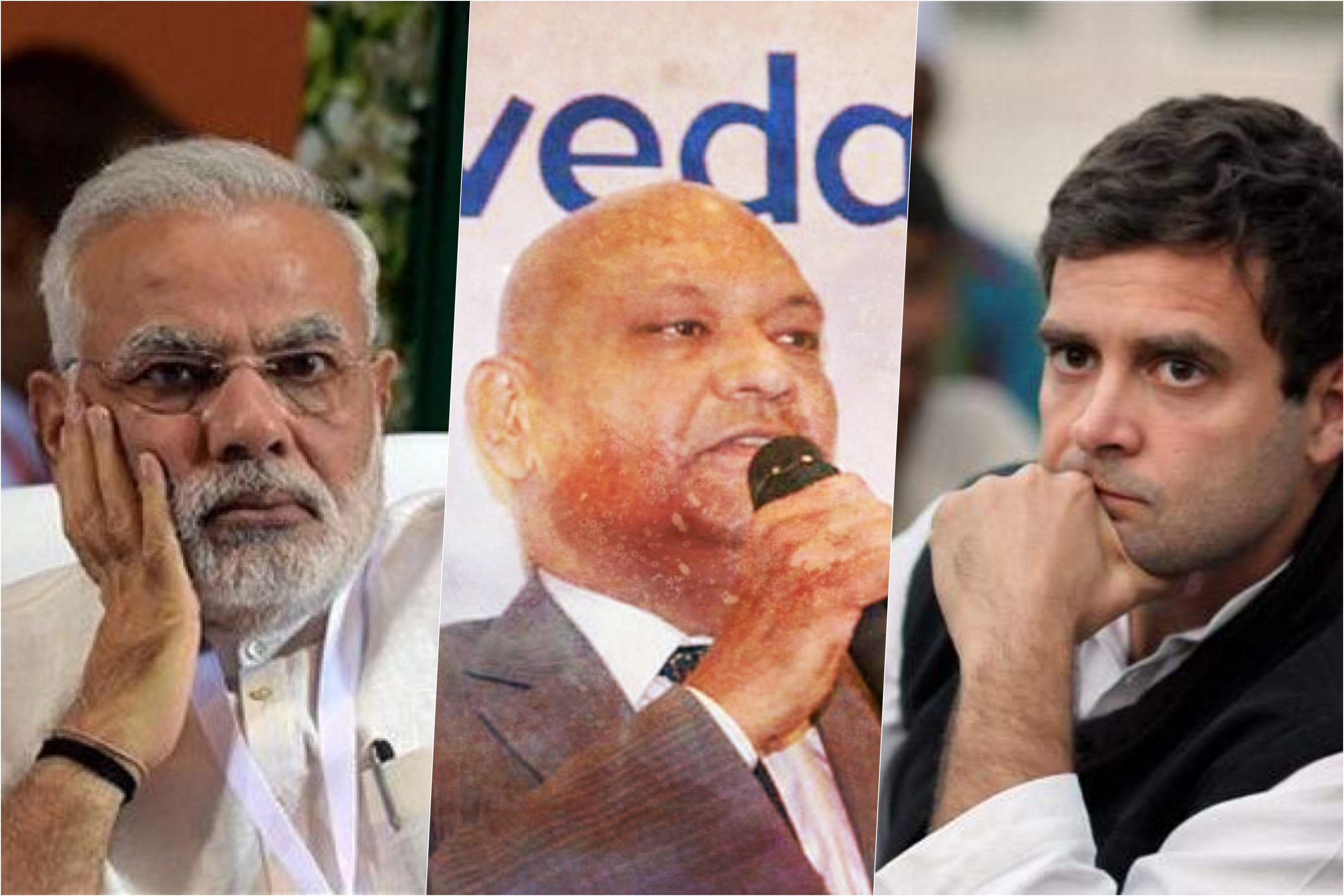 New Delhi: The Modi government is using Budget 2018 to once again give the BJP and Congress a get-out-of-jail card for having illegally accepted funding from foreign companies.

The parties will get a free pass for violations of the law going back 40 years.

In 2016, as The Wire reported, finance minister Arun Jaitley inserted a surreptitious amendment in that year’s finance bill which shielded both political parties from having violated the Foreign Contribution (Regulation) Act 2010 (FCRA) when they accepted donations from London-based multinational Vedanta.

The amendment was a thinly disguised attempt to overturn  a 2014 Delhi high court order that found both the Congress and BJP guilty of violating the FCRA and ordered the government and Election Commission to act against them.

The move came even as the government was cracking down on NGOs for allegedly violating the FCRA, freezing the bank accounts of Greenpeace and Citizens for Justice and Peace and even instituting criminal proceedings against the anti-communal activist Teesta Setalvad.

However, the 2016 amendment – which changed the FCRA to redefine foreign companies as “Indian” if their ownership in an Indian entity was within the foreign investment limits prescribed by the government for that sector – was made retrospective only from 2010, which is when the latest version of the FCRA was introduced.

This meant that donations received from foreign companies prior to 2010 were not covered by the retrospective amendment. Ironically, the impugned Vedanta donation itself was from before 2010.

A new amendment in the Finance Bill 2018 – made public after the announcement of the budget on Thursday – now seeks to amend that 2016 amendment so that the BJP and Congress are off the hook for any donation received after August 5, 1976 – the date of the commencement of the original Foreign Contribution (Regulation) Act of 1976.

The 1976 Act was repealed and later re-enacted as a separate piece of legislation in 2010 with minor changes.

The new amendment, if passed, could get both political parties off the hook for receiving foreign donations of up to Rs 5 crore from companies even before 2010 as well.

What was the original 2016 amendment?

The clause that prohibited political parties from accepting foreign donations – and which  defines a “foreign source” as a company that has “more than one-half of the nominal value of its share capital held” by  “corporations incorporated in a foreign country or territory – is found in both the 1976 and 2010 acts.

This was amended in 2016 to declare that a company will “not be deemed a foreign source” if the “nominal value of share capital is within the limits specified for foreign investments.” As The Wire pointed out at the time, this not only got the BJP and Congress off the hook from the Delhi High Court’s order but also opened the doors for hundreds of foreign companies to make contributions to Indian political parties.

In December 2016, the parties withdrew appeals they had filed in the Supreme Court against the Delhi high court’s verdict. At the time, the BJP’s counsel, senior advocate Shyam Divan, stated that their appeals were no longer necessary because the retrospective amendment to the FCRA allowed political parties to accept donations from an Indian subsidiary of a foreign company.

But as Jagdeep S. Chhokar of the Association for Democratic Reights wrote at the time, it is “evident that the real reason for withdrawal of the SLPs was not that there is no reason to challenge the March 2014 decision of the Delhi High Court because it has been negated by the amendment done in February 2016. The real reason appears to be that the amendment which was done – arguably surreptitiously – does not really provide the protection it was expected to provide, particularly in view of paragraph 2 of the March 2014 judgment of the Delhi High Court,” which noted:

“Since the writ petition drew attention to donations made to political parties for the period up to the year 2009, we record at the outset that our concern is not with the Foreign Contribution (Regulation) Act, 2010 which has come into force on September 26, 2010. Our discussion of the legal position would be with respect to the Foreign Contribution (Regulation) Act, 1976.”

Why is the 2018 amendment important?

The latest finance bill amendment is significant because the legal subterfuge in 2016 only gave a free pass to the Congress and BJP from 2010 onwards.

Chhokar – whose organisation had initially moved the Delhi High Court over the FCRA violations – predicted the latest amendment as far back as November 2016.

“What we feel is that the government can look to amend the FCRA again, this time by introducing a more precise clause that shields them,”  he had said at the time.

The 2018 financial bill amendment, if passed, appears to have done just that.

There are at least 25 instances of the Congress and the BJP receiving funding from the ‘Indian’ subsidiaries of various foreign companies before 2010.  As the table below, compiled by ADR, shows, the parties have received funding in the range of Rs 5 lakh to Rs 5 crore from the Indian subsidiaries of Vedanta, Dow Chemicals and Switzerland-based Mundipharma over the course of six years from 2004 to 2010.