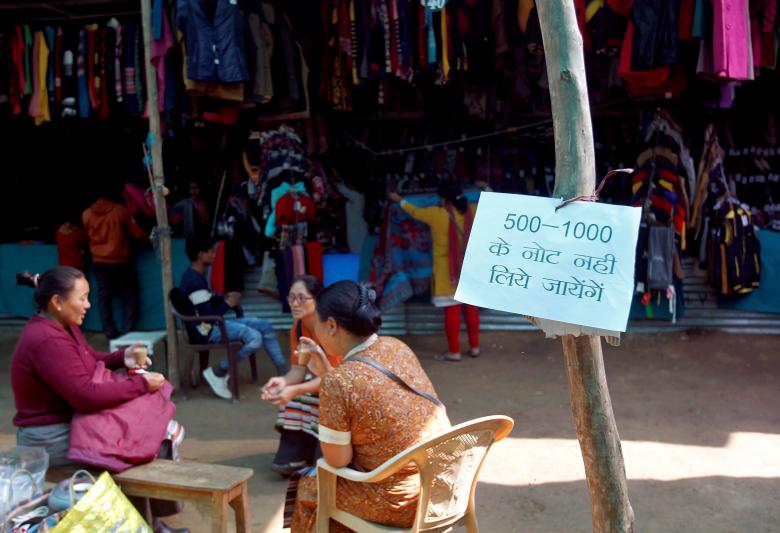 A notice is displayed stating the refusal to accept old Rs 500 and Rs 1000 Indian rupee banknotes at a market in Allahabad, November 24, 2016. Credit: Reuters/Jitendra Prakash/Files

“Demonetisation is not the end but the beginning of a ‘long, deep and constant’ battle against black money and corruption and will benefit the poor and the common man.” This is what Prime Minister Narendra Modi told his parliamentary party colleagues in November 2016. The loyalists hailed it and passed a resolution endorsing the great crusade.

The actual notification of demonetisation was issued by the finance ministry under Section 26(2) of the Reserve Bank of India Act, 1934:

Whereas, the Central Board of Directors of the Reserve Bank of India (RBI) has recommended that bank notes of denominations of the existing series of the value of five hundred rupees and one thousand rupees shall be ceased to be legal tender;…And whereas, it has been found that fake currency notes have been largely in circulation causing adverse effect to the economy;…And whereas, it has been found that high denomination bank notes are used for storage of unaccounted wealth;…And whereas, it has also been found that fake currency is being used for financing subversive activities such as drug trafficking and terrorism,…and the Central Government after due consideration has decided to implement the recommendations of the Board…

The central bank followed it up with a circular:

In terms of Gazette Notification No 2652 dated November 08, 2016 issued by Government of India, ₹500 and ₹1000 denominations of Bank Notes of the existing series issued by Reserve Bank of India shall cease to be legal tender with effect from November 09, 2016….

With one fell-swoop, 86.4% of the cash in circulation was declared invalid, thereby destabilising the economy with citizens running around like headless chickens, crowding before banks, begging for their own money. This raised several legal issues and the matter went to Supreme Court. Nine critical questions were framed to be considered by a constitution bench in January 2017. However, even as the public went through immense suffering, humiliation and death (young and old) these questions remained unanswered and the demonisation of cash became fait accompli. So much for the rule of law and constitutional safeguards.

The moot question is whether the objectives of demonetisation as given in the notification and declared by prime minister were really genuine and have they been achieved? As far as extinguishing fake currency and terror funding, it appears that it was more rhetoric than anything else. On the elimination of unaccounted wealth or black money, much of it appears to have been converted into white money for now. As it turned out, more than 99% of invalidated currency came back into the banking system. This has sparked the serious allegation that demonetisation turned out to be somewhat of a state-sponsored money-laundering operation of gigantic proportions.

The grapevine has it that Rs 2,000 notes were sent to cash chests of banks across the country well ahead of the demonetisation announcement with strict instructions not to open the bundles and make account entry. This appears to be tenable considering the large quantity of Rs 2,000 notes that surfaced outside the banking system soon after prime minister’s announcement. As revealed by the CBI in the Shekar Reddy (Tamil Nadu sand mafia) case, the RBI it appears did not keep a record of the serial numbers of these notes. For now it remains to be seen how well India’s financial and economic administrative machinery cracks down on people who tried and succeeded in laundering their money through the system.

In his speech at the launch of e-payment wallet Jio Money soon after demonetisation, Reliance chief Mukesh Ambani made two points. Firstly, with one single step, Modi, it appears, “has brought all the unproductive money into productive use. This will enhance credit flow in the economy and legitimate credit is the fuel that powers the engine of economic growth”. And secondly, India would make the switch from “high-value, low volume credit” to “high-volume, low-value credit”.

What certainly helped India’s crony capitalists is the avalanche of ‘unproductive’ cash that came back into the system after demonetisation. This liquidity in part has helped paint over the trillions of rupees in NPAs. With the recapitalisation of banks, it appears that some of these same capitalists may get ‘low-value, high volume credit’.

Another objective of demonetisation was to aggressively promote ‘Digital India’. From the way central government, the RBI, the NITI Aayog and commercial banks were marketing ‘cashless business’, it looked as if this was the real crusade.  So desperate was this business promotion that the Centre decided to mandate the linking of all savings bank accounts with the customers’ Aadhaar numbers to enable digital transactions. This was done in defiance of Supreme Court orders to help prod millions of people into joining the digital economy and make online payments. 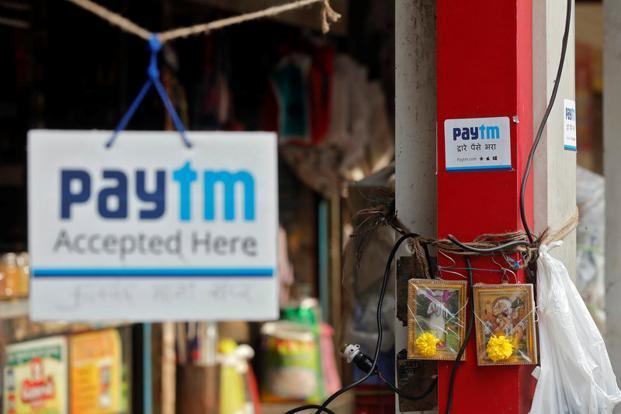 Through demonetisation, an act of expropriation, the central government in effect confiscated the wages of the poorer segment of the population; stole much of the income of the farmer and informal sector entrepreneurs and imposed a phenomenal burden of loss of purchasing power. The income/working capital of the daily-wage worker, the wholesaler and retailer of goods, the farmer and the service providers were taken away.

That India is a land of jugaad is once again proved by the innovative ways of converting black into white money and a flourishing ‘black market’ had sprung-up for the purpose. As for shuddhi yagna (corruption cleansing) declared by the prime minister, how have we fared?

Corruption in the central government one year after demonetisation is best be described in the words of an industrialist: “‘Shuddhi yagna’? That’s funny, because I certainly don’t see any shuddhi in government. Me and my colleagues have over the past few months paid lakhs in cash as bribe to an individual known as the official liquidator in the Ministry of Corporate Affairs, just to get the process of liquidation of our previous company moving in court… And the new Rs 2,000 notes have made bribing so much more convenient!”

Now let us turn to the prime minister’s claim of “benefiting the poor and the common man”. A United Nations report released in April 2017 says “In terms of inequality India is only second to Russia where (in India) richest 1% own 53% of the Country’s wealth.”

Credit Suisse Group AG says that the percentage of country’s wealth held by the top 1% is around 58%. Job growth of just around 1% is dismal and under-employment is a staggering 35% of the over-15 years labour force. What is worse, over 30% micro and small businesses perished leading to massive unemployment with the volatility rate rising sharply from 8.8% (pre-demonetisation) to 23.5% post-demonetisation.

India ranked 100th among 119 countries on the Global Hunger Index (2017). More than 20% of Indian children under five have lower weight in relation to their height and about 33% are too short in relation to their age. Despite India being world’s second-largest food producer, it has second highest under-nourished population in the world. And hundreds of infants die every day in state-owned hospitals. This is India’s socio-economic milieu. In many ways, the lot of poor and the common people has gotten worse.

It is evident that none of the initial stated objectives of demonetisation were met and the battle against black money and corruption is yet to show results. All that this futile exercise has done is to put a reasonably healthy and functioning economy through a surgical operation, taking out 86% of its blood and running it through ‘Digital India’ machines. As a result, the country and its people continue to bleed.