The adjudicating authority of the Directorate of Revenue Intelligence has struck down all proceedings against the Adani Group. 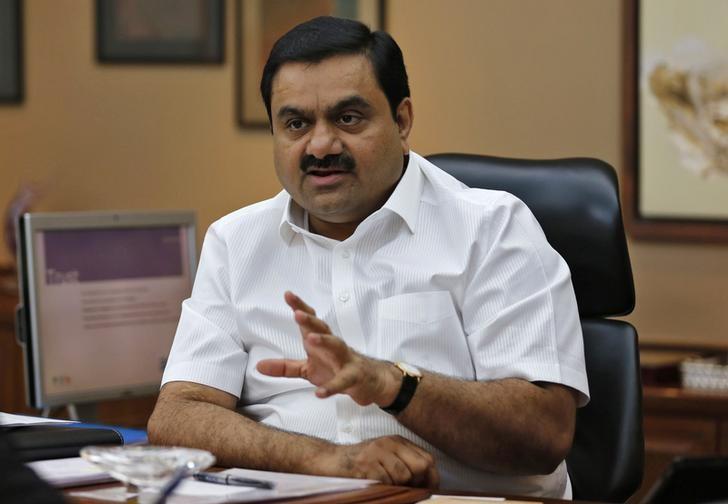 Billionaire Gautam Adani speaks during an interview with Reuters at his office in Ahmedabad April 2, 2014. Credit: Amit Dave/Reuters/Files

New Delhi: A customs intelligence investigation against a group of Adani firms for allegedly over-invoicing the value of power and electricity goods has been dealt a setback, with the adjudicating authority of the Directorate of Revenue Intelligence (DRI) passing an order that has struck down all proceedings against the Ahmedabad-based conglomerate.

In 2014, it was widely reported that the DRI had issued show-cause notices to a group of Adani companies for the alleged over-invoicing of power plant equipment. Inflating the value of imports, done through a group of friendly overseas companies, allegedly helped the Adani Group siphon off Rs 5,000-6,000 crore to offshore locations.

However, the DRI’s adjudicating authority, K.V.S. Singh, has now struck down the agency’s case against the Adani Group.

“I do not agree with the case of the department that the noticees APML (Adani Power Maharashtra Ltd) and APRL (Adani Power Rajasthan Ltd ) along with their related entity i.e. EIF (Electrogen Infra Holdings Pvt Ltd) had connived to over-value the value of the impugned goods,” said Singh in his 280-page adjudication order passed on August 22.

This development was reported on Friday by the Indian Express.

According to the media report, Singh’s adjudication order will be reviewed by a committee of chief commissioners of customs from Ahmedabad and Mumbai. The DRI itself will not have any role to play in the review process.

The customs intelligence agency, however, can challenge the decision at the Central Board of Excise and Customers by appealing before the department’s member (legal).

As The Wire had previously reported, the DRI’s report shows that a handful of Adani Group companies allegedly coordinated with a Dubai-based firm called EIF in order to inflate the cost of capital goods bought from Korean and Chinese OEMs. This money was then used to shift money abroad.

“….even though I find that EIF and APRL to be related entities through Shri Vinod Shantilal Adani @ VinodShantilal Shah I have come to the conclusion that the said relation has not affected the price and that the same was at arms length and have accepted the transaction value. Thus I find that the allegation that the impugned goods were over-valued does not hold water,” said Singh in the order.

According to Indian Express, Singh based his order on submissions made by Adani Group firms that a December 30, 2016 order of the Income Tax department, Ahmedabad, did not add to the total income of APRL and APML in the assessment of financial year 2012-13 and 2013-14, the year when the transactions with EIF took place.

Singh apparently did not seek any further comments from the DRI on this issue.