The Chinese government is trying to transform the country's recycling system and large-scale battery makers are being pressed to establish their own recycling facilities. 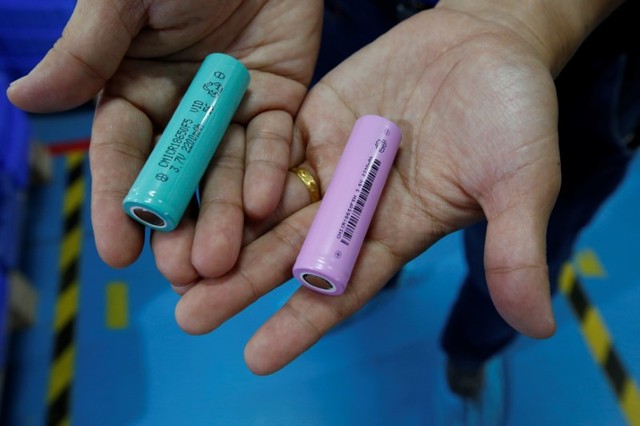 Shanghai: After years of dismantling discarded televisions and laptops, a Shanghai recycling plant is readying itself for a new wave of waste: piles of exhausted batteries from the surge of electric vehicles hitting China’s streets.

The plant has secured licences and is undergoing upgrades to handle a fast-growing mountain of battery waste, said Li Yingzhe, a manager at the facility, run by the state-owned Shanghai Jinqiao Group.

“We believe there will be so much growth in the number of electric vehicles in the future,” he said.

Shanghai Jinqiao will be entering a market that includes Chinese companies like Jiangxi Ganfeng Lithium and GEM Co. Ltd, whose share prices have risen as they invest in battery recycling facilities of their own. That confidence comes even as companies face considerable hurdles launching battery recycling businesses, including high operating costs.

The growth of China’s electric vehicle industry – and the ambitions of recycling companies – is underpinned by a government drive to eventually phase out gasoline-burning cars, part of a broader effort to improve urban air quality and ease a reliance on overseas oil.

Led by companies like BYD and Geely, sales of electric vehicles in China reached 507,000 in 2016, up 53% over the previous year. The government is targeting sales of 2 million a year by 2020 and 7 million five years later, amounting to a fifth of total car production by 2025.

According to the International Energy Agency, China accounted for more than 40% of global electric car sales in 2016, followed by the EU and the US. It also overtook the US as the market with the greatest number of electric vehicles.

Production in China of the lithium batteries that power those cars has also soared. In the first eight months of 2017, Chinese manufacturers produced 6.7 billion batteries, up 51% from the year-earlier period, according to industry ministry data.

All that activity could put China in pole position for dominating the global electric car industry, as well as related businesses like batteries and recycling.

China began promoting electric vehicles in 2009, and as the first of those cars reach the end of their lifespan, lithium battery waste could be as much as 170,000 tonnes next year, industry experts estimate. The figure is likely to keep multiplying in tandem with car sales.

Dealing with all that waste poses huge problems for China. Lithium batteries are not yet classified as hazardous waste and are therefore not subject to stringent disposal controls. Battery waste includes heavy metals like cobalt and nickel, as well as toxic residues that could end up in waterways and the soil if not handled properly. 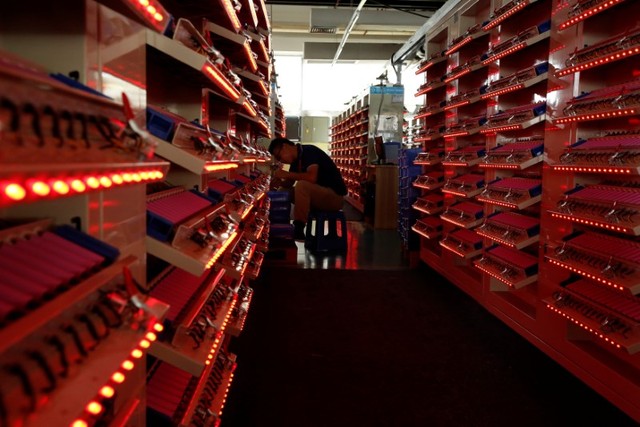 Despite the challenges, battery waste also represents a significant opportunity for the country’s growing recycling industry.

The China Automobile Innovation Centre, an industry think tank, estimates the recycling market could be worth 31 billion yuan ($4.68 billion) by 2023.

Recycling lithium batteries can be prohibitively expensive for many companies. And the industry has yet to agree on the standardisation necessary to handle spent batteries more profitably and in big numbers.

Some executives also say China is not doing enough to encourage the industry with subsidies and enforce existing environmental regulations.

“Speeding up the recycling of lithium batteries is a matter of urgency, and has become a major issue for the development of the new energy vehicle industry,” Zhang Tianren, chairman of the battery maker Tianneng Power, wrote in a proposal submitted to China’s parliament in March. 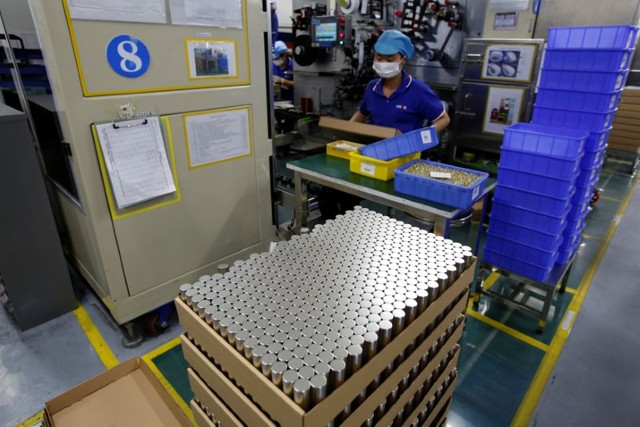 The commercial viability of the sector has been undermined by soaring waste treatment costs, as well as high taxes, Tianwei’s Zhang said.

In his paper, Zhang cited one recycling company as saying that the value of materials extracted from one tonne of lithium-iron-phospate battery waste stood at 8,110 yuan, but the cost of recycling them would be 8,540 yuan.

Automating the recycling process in China was another major challenge due to a lack of standardised product designs, said Zhang.

Automation was also being held back by poor equipment and technology, especially among smaller producers, Xiao Hai, chief engineer with the Shenzhen-based Clou Electronics, a company that develops new energy products, said at an energy conference in August.

The government, meanwhile, is trying to transform the country’s recycling system into a high-tech regulated industry.

Large-scale battery makers are being pressed to establish their own recycling facilities, and polluting backyard recyclers have been forced to close.

China’s industry ministry last year urged the sector to introduce standardised designs and raise technology to “international” levels by 2020. It plans to publish comprehensive new battery recycling rules before the end of the year.

But Tianneng’s Zhang said regulators were not enforcing policies and penalising unqualified companies.

“Because policies are not enforced and there is no clear incentive mechanism, lithium battery recycling is not profitable,” he said.

Battery companies have for the moment been bearing much of the cost of recycling. While carmakers are technically liable for recycling batteries, in practice they sign deals with suppliers to recycle batteries on their behalf.

Green Cheng, chief executive of Shenzhen Cham Battery Technology Co. Ltd, said that recycling was a strain on the resources of battery makers. Shenzhen Cham churns out 300,000 lithium batteries a day at its factory in Dongguan, in southern China, and lists Geely, the automaker, among its partners. The company has to pay a recycling company to dispose of batteries.

“If manufacturers like us are going to be responsible, then the government definitely needs to provide funds to support us,” he said.