As Online Sites Bleed, Amazon India Inches Ahead of All Competition 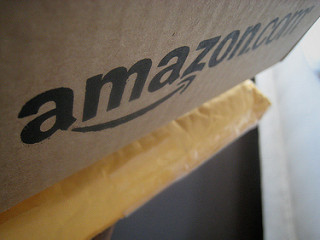 Amazon digital subscribers were surprised last week to get a gloating letter from Jeff Bezos claiming that Amazon has crossed Flipkart sales in India and is thus number one here too, just as it is in every country it operates in. “Just two and a half years from our launch, Amazon.in has become the most visited e-commerce site in India. This customer response continues to amaze and energize us,” Bezos said. No actual sales figures were revealed.

Flipkart’s decline in traffic could be because of its emphasis on the app, according to some experts. Almost 75 percent of Flipkart purchases are via the app now. The comScore chart put out by Bezos shows that Flipkart had 25 million unique visitors in October 2015 while Amazon had 30 million.Jabong has 20 million and Snapdeal 15 million so it is evident that these leads could change anytime.

The numbers that the big players get are indeed enviable.Most of Amazon’s competitors have said they are now driven by mobile app strategy and so the numbers do not really reflect reality. Analytics showed that Flipkart was the leader in mobile app traffic getting more than five per cent of all e-commerce app traffic while Amazon and others were below 5 percent. Flipkart has relaunched its web portal (after its brief app-only strategy did not have desired results) since 55 million of its users use both the mobile and web.

Despite the wrangling about numbers it may be time to sit back and look at the massive e-commerce cash bleed which does not at all bode well for the sector; a shakeout looks imminent. Some numbers may give us an idea:

According to venture capitalist Alok Goel the burn rate of India’s top 10 e-commerce players, calculated unofficially, could be in the region of $ 9 million a day. So companies would need around 6 billion dollars to sustain these sales numbers till the next year festival season. Goel calculates that market cap will have to go up by about 70 % if this sort of funding needs to be sustained. Where are the investors who will pour in so much money for e-commerce sites without any redemption in sight? Remember, Indian e-commerce portals got more than Rs 650 crore in funding this year.

In fact things are not all that comfortable for the many startups which have got good funding but are not among the top five or so. Furniture delivering company Urban Ladder is one such case worth watching. It’s losses have grown to Rs 58.51 crore by March this year which is 8 times the previous year’s loss.Company officials says the spend on advertising and marketing is huge for any e-commerce site since traffic comes only if a company is top of the mind for mid and high value products. Urban Ladder has won the confidence of many investors including Ratan Tata but things do not look rosy at all for them at the moment.

The plus point for a furniture site is that the margins are high and there is a replacement cycle too. Often there is a huge difference between the actual product and what you see on site, so complaints and replacement demands also mount.

No value in small items

Retailing sites are getting impatient with small value products like books. Flipkart has moved out of e-books last month, clearly signalling that it is impossible to compete with Amazon in that space. Flipkart did the right thing because Amazon has a presence in every book-linked sector. Amazon’s heavy advertising of Kindle is an indication that for the company e-books is a thrust area in India and with Flipkart’s withdrawal,it now has a monopoly in the sector.

Of Amazon’s annual revenue of $75 billion, books form 7 percent or $5.25 billion, according to Forbes. This is a fabulous achievement, especially when one considers that Jeff Bezos’s initial strategy was to push cheap book sales to build up consumer data. So it may be safe to surmise that in India too Amazon has gathered enviable consumer data. Also Amazon controls 90 percent of the digital books market. Flipkart did the right thing by not wasting its good money on a bad cause. When Amazon opened a physical shop in the US there were suggestions that e-book sales were dwindling but it is clearly not the case.

An Amazon official was quoted in the New Yorker in February 2014 saying: “The move to people reading digitally and buying books digitally is the single biggest change that any of us in the book business will experience in our time,” he said. “Because the change is particularly big in size, and because we happen to be a leader in making it, a lot of that fear gets projected onto us.”

Jeff Bezos has also argued that Amazon’s role is simply to usher in inevitable change. The next big change is of course is drone delivery in the US, where a book should land on the terrace or lawns of a building in designated cities, within 30 minutes after ordering. In India permission to fly drones may not come anytime soon, but it’s a mouth-watering prospect.

The Jeff Bezos letter is indication that it aims to take on rivals in technology battles and finish them off, just as it did to physical retailing. In India he has sounded the first gong, a warning note to Flipkart. By capturing first the book market (low-cost sales, high-value data) and now moving past Flipkart, Bezos is well on his way to dominate in India.