At the core of this dispute is a 2005 agreement between Antrix and Devas for the lease of satellite spectrum which was annulled in 2011 following a policy decision of the Indian government. 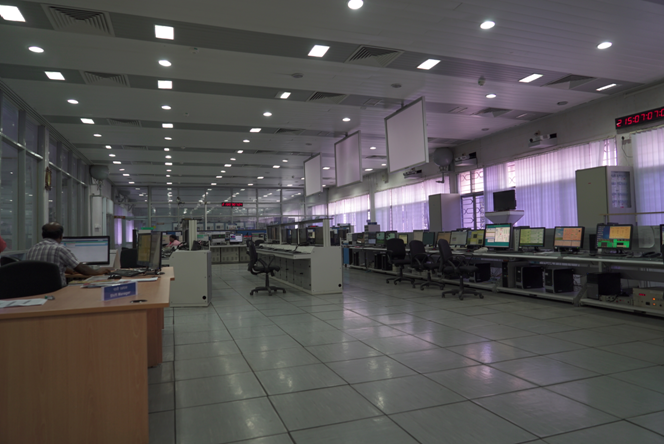 The National Company Law Tribunal (NCLT) earlier this week has ordered the winding up of the Devas Multimedia Private Ltd. (Devas), following a petition filed by the Antrix Corporation Ltd. (Antrix) – the commercial arm of India Space Research Organisation (ISRO).

At the core of this dispute is a 2005 agreement between Antrix and Devas for the lease of satellite spectrum which was annulled in 2011 following the policy decision of the Indian government to reserve the S-Band for national and strategic purposes. Apart from the commercial arbitration at the ICC, the dispute between Antrix and Devas has also manifested two Bilateral Investment Treaty (BIT)-based arbitrations, CC/Devas v India, under India-Mauritius BIT, and Deutsche Telekom v India, under the India-Germany BIT.

Important to note here that the BIT arbitrations are conceptually and legally distinct from the commercial arbitrations under ICC, notwithstanding that they were conducted parallelly. The BIT tribunal in CC/Devas held the Indian government responsible for indirect expropriation, and violation of fair and equitable treatment (FET) standard of the BIT. In October 2020, it awarded $111.30 million plus interest in compensation to CC/Devas.

In December 2017, the tribunal in Deutsche Telekom also held India responsible for the breach of FET contained in the India-Germany BIT, and in May 2020 awarded $101 million plus interest in compensation to the Deutsche Telekom which held 19 % shareholding in Devas. India challenged both these awards at their respective seats of arbitration – the CC/Devas award at the Hague District Court and the Deutsche Telekom award at the Swiss Federal Supreme Court. Both these courts have upheld the BIT awards. 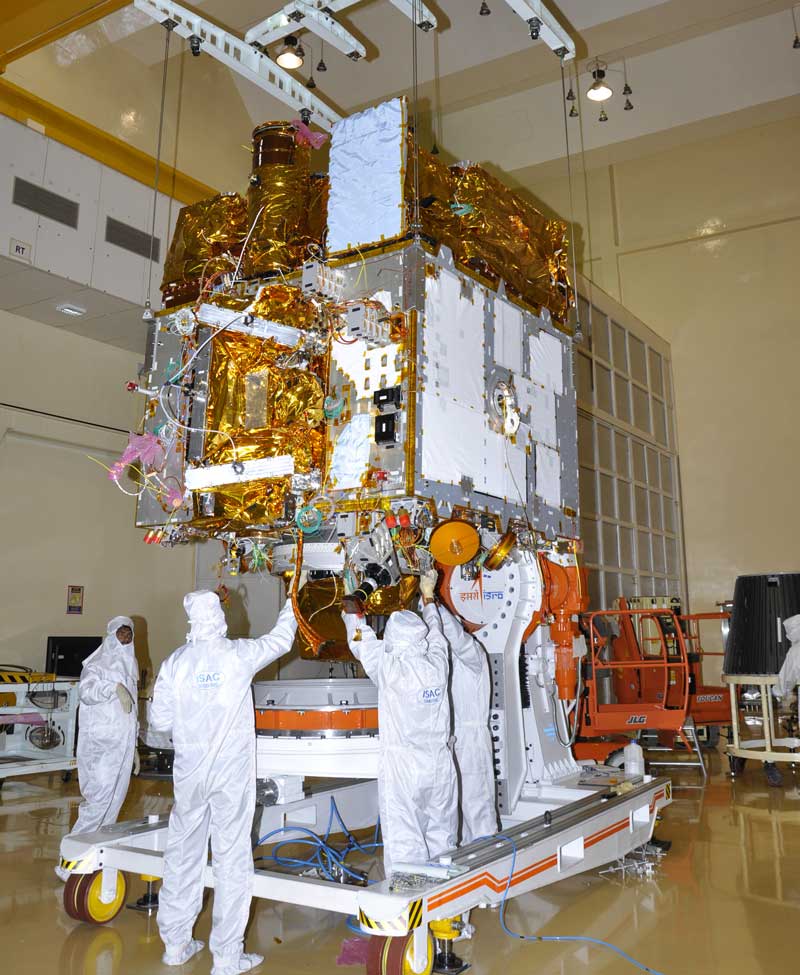 In the CC/Devas arbitration, India did not raise a jurisdictional objection based on the grounds of corruption and fraud of Devas and the illegality of the investments made, until the tribunal finalised its award on July 25, 2016. It was only in December 2016 that India requested the suspension of arbitral proceedings related to compensation on the ground that the Central Bureau of Investigation (CBI) had filed chargesheets against several officials of Devas as well as the government for crimes under the IPC and Prevention of Corruption Act.

The Indian government made a similar request to the Deutsche Telekom tribunal in October 2016 seeking suspension of the arbitral proceedings, only after the hearing phase was over. The request was rejected by the tribunal which stated that it was untimely and against the procedural requirements.

The core argument in both these requests was that if the charges are upheld in the court, the Antrix-Devas agreement would be void ab initio under Indian law, and the tribunal’s determination that the ‘Devas agreement was a valid and binding agreement and an ‘investment’ under the BIT could not be sustained’. This argument must have been raised as a preliminary objection to the jurisdiction of the tribunal, even though the investigations by CBI and Enforcement Directorate (ED) were ongoing and the chargesheet had yet not been filed.

The practice and jurisprudence related to dealing with corruption in international arbitration are far from settled, and still in the process of development, with divergent views, which could have been beneficial to India. As Lucinda Low notes, given the proliferation of international instruments and consolidation of obligations related to prevention, detection and remediation in both the public and private sectors, corruption has come to be accepted as an international and transnational public policy issue, and both BIT arbitration tribunals and commercial arbitration tribunals need to address the issues related to jurisdiction, admissibility, etc. arising out of the allegations of corruption. The Indian government would have had at least a shot at having the BIT arbitral proceedings stayed until the investigation was complete. It would have certainly put the Indian government in a relatively better position.

This point was highlighted by the Swiss Federal Supreme Court in its decision of December 2018, on the set-aside proceedings related to Deutsche Telekom when it observed while holding the Indian government’s objection as time-barred – ‘it is difficult to understand why the appellant did not mention these circumstances, which were indicative, at the very least, of suspicion of commission of criminal offences in its writings in the arbitration file, then during the hearing in April 2016, or  its brief after inquiries of June 10, 2016, preferring to wait until October 24, 2016, to inform the tribunal’.

Further, the Hague district court in the set aside proceeding related to CC/Devas award, rejected the argument of India that the BIT arbitral tribunal did not have the jurisdiction because the Antix-Devas agreement was contaminated by criminal offence and was null and void ab initio.

The court observed that ‘mere circumstance that a criminal complaint has been filed has no legal effect yet. This means that as long as no (irrevocable) court decision has been made on the criminal complaint, there is no question of a null and void Devas Contract due to the contamination with criminal offences.’

Also read: Games People Play: The Many Uses of the RBI’s Dividend to the Government

The NCLT decision and its impact

The NCLT decision ordering the winding up of the Devas has held that the ‘the incorporation of Devas itself was with fraudulent motive and unlawful object to collude and connive with the then officials of Antrix and to misuse/abuse the process of law, to bring money to India and divert it under dubious methods to foreign countries’. As a result of the winding-up proceedings, the official liquidator appointed by the NCLT will step in to pursue the legal proceedings related to the ICC award.

Assuming that the NCLT decision is upheld in appeal to National Company Law Appellate Tribunal (NCLAT) and the Supreme Court, it may also have an impact on the enforcement of the BIT arbitration awards in the CC/Devas and Deutsche Telekom case. At present, both CC/Devas and Deutsche Telekom have approached the US courts for recognition and enforcement of BIT arbitration awards.

Since NCLT has ordered the winding up of Devas, the Indian government may challenge the enforcement based on the NCLT ruling, arguing that the Antrix-Devas agreement is void ab initio as it has been vitiated by fraud and corruption. To be more specific India can object inter alia that the recognition and enforcement of the award would be contrary to the public policy of the US, which will be determined according to Article V(2)(b) of the New York Convention 1958.

Although the prevalent view in the US jurisprudence is that the public policy defence resisting the enforcement of foreign awards must be narrowly construed, the cases related to corruption will fall under the purview of public policy defence. However, there are chances that the US court may be unimpressed with this argument, possibly because the NCLT has only ruled that ‘affairs of the company are being conducted in a fraudulent manner’.

An application for setting aside the ICC arbitral award is pending before the Delhi high court, after being transferred by the Supreme Court in November 2020, while the ICC award has been kept at abeyance pending such determination. The question of the validity of the Antrix-Devas agreement owing to allegations of corruption and fraud will be the core issue to be decided by the Delhi high court. The Indian government may certainly request the US courts to stay the enforcement proceedings until such determination is made. 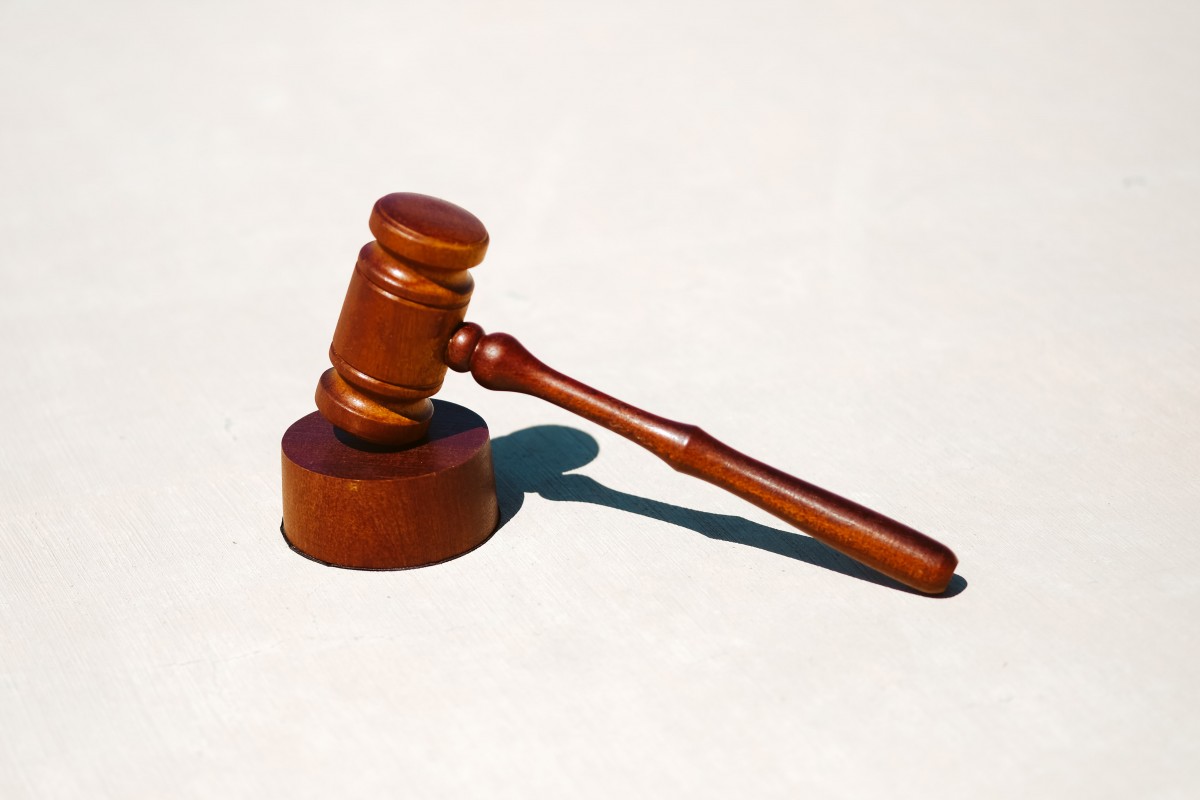 Towards a third BIT arbitration?

Presently, faced with multi-billion-dollar awards resulting from both the ICC arbitration and the BIT arbitrations, the Indian government has gone all guns blazing to prevent Devas from enforcing the award. After the NCLT decision, it seems unlikely that Devas will be able to cash in on the ICC award. If it happens, then India will be caught again in a White Industries kind of situation.

The ICC award which Devas has procured can very easily qualify as an investment within the wide definition of investment under the India-Mauritius BIT. The Mauritian investors could argue that the Indian government by using its investigative agencies, and other regulatory authorities, have resorted to a retaliatory campaign against Devas, to prevent it from enforcing the ICC award.

Further, if one reads the NCLT decision, the displeasure of NCLT with Devas resorting to ICC arbitration is sprayed all over the 99 pages. To top it up, in the operative part of its decision, the NLCT, in the exercise of the ample granted to under the Indian law, has specifically directed the official liquidator ‘to take expeditious steps to liquidate the Company in order to prevent it from perpetuating its fraudulent activities and abusing the process of law in enforcing the ICC award.

Unless this specific direction is set aside in appeal against the NCLT, the liquidator cannot press for the enforcement of the award. Such express directive can be used by Mauritian investors to claim indirect expropriation of its investment, which in this case would be the ICC award.

In another move, in November 2020, the Indian government brought an ordinance amending the Arbitration and Conciliation Act, 1996, which made it mandatory for the courts to grant an unconditional stay on the enforcement of awards from arbitrations seated in India, where there is a prima facie case that the arbitration agreement or the underlying contract which is the basis for the award, or making of an award is induced by fraud or corruption. The amendment has been given a retrospective effect and the ICC arbitration initiated in 2013, falls within its scope.

This can also be invoked by Devas, to point out the intention of the government to circumvent the enforcement of the ICC award. All these instances can be invoked by Devas to claim that the Indian government has created an uncertain regulatory environment, treated it unfairly and inequitably, and breached the FET obligations.

Another important aspect is the presence of the most favoured nation treatment provision (MFN) which can be used by Devas to import more favourable provision from other BITs, such as the obligation to provide ‘effective means of asserting claims…’ as present in the India-Kuwait BIT.

Pushkar Anand is an assistant professor at the Faculty of Law, University of Delhi. The author is thankful to Dr. Prabhash Ranjan and Aditya Vikram Singh for the valuable discussion on the issue.