Stake Sale in Mind, Anil Ambani asks for Cross-Holding Norms to be Relaxed

Industry observers say that the big winner could be Reliance Jio, which is looking to accumulate and directly control a large chunk of spectrum. 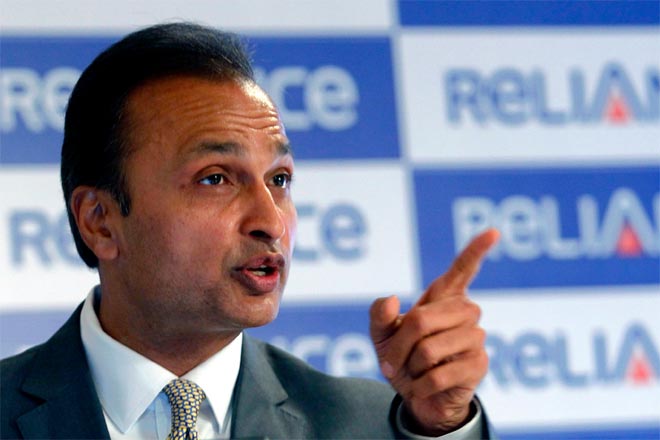 Industry observers say that the big winner could be Reliance Jio, which is looking to accumulate and directly control a large chunk of spectrum.

New Delhi: Anil Ambani-led Reliance Communications (RCOM) has asked the Department of Telecommunications (DoT) to tweak rules regarding telecom industry cross-holdings, in a move that if approved could allow Mukesh Ambani-owned Reliance Jio purchase a majority stake in RCOM.

In a letter to the inter-ministerial group headed by DoT deputy director general P K Mittal, dated July 4, RCOM has asked for the telecom department to do away with the currently existing 10% cross-holding norm so that it can sell equity to existing telecom service providers. A copy of the letter has been accessed by The Wire.

The cross-holding norms – which do not permit a company to own more than 10% equity in two different operators in the same circle – were introduced years ago to ensure healthy market competition.

If the DoT agrees to RCOM’s request, industry observers and sources say that the Anil Ambani-owned firm would be able to sell its equity to Reliance Jio, the 4G telecom venture that is owned by his older brother Mukesh. Crucially, sources say, this would help out a financially-stressed RCOM while allowing Reliance Jio to accumulate a large chunk of spectrum.

RCOM itself has debt of more than Rs 42,000 crore, while its EBITDA is about Rs 4,600 crore. The government has set up an inter-ministerial group to address the issue of financial stress of the telecom companies.

In the current market situation, according to experts and industry observers, only two companies are in a position to buy RCOM’s equity: Bharti Airtel, which is the industry market leader, and Reliance Jio. In the last couple of years, Bharti has bought spectrum from Vodafone, Aircel, Tikona and Telenor.

Presently, Airtel is exploring possibility of buying Tata Group’s telecom businesses. “There is no question of Airtel buying equity in RCOM,” said an industry observer. “RCOM has already committed its spectrum to Jio. Moreover, the two companies have very different management culture.”

According to sources, it has become increasingly clear that Reliance Jio is the only player that can buy equity in RCOM. Such a move would also help Jio help gain control over the whole spectrum of RCOM. Over the last few years, Jio has inked a number spectrum sharing and trading agreements with RCOM. However, if it takes equity in RCOM, it can influence management decisions and can have control over all infrastructure of RCOM including towers, fibre, and spectrum. Experts say such a deal, if realised, will give more flexibility to Jio.

RCOM is currently in the process of acquiring more spectrum through its proposed deal with MTS. Once this happens, the company will have access to this spectrum also.

A closely-tied issue to the cross-holding norms are the rules that dictate how much spectrum a merged telecom entity is allowed to hold. Currently, acquisition norms do not allow a merged entity to hold more than 25% total spectrum allotted in a circle. In case of a specific band, this ceiling is 50%. So, even in the case of proposed Idea Vodafone merger, the combined entity will have to surrender spectrum in some circles due to spectrum cap.

If Jio buys equity in RCOM, the two companies will continue to exist as separate entities. Hence, the spectrum cap norm will not be applicable on them. It will give further lease of life to RCOM. It will get time to set its house in order and sell its properties to ease its debt burden.

Interestingly, RCOM also sought removal of the cross-holding norms in 2007, when it wanted to enter into the GSM services. Later, the government allowed dual licences that enabled it to offer GSM services along with its CDMA-based mobile telephony.