An examination of complaints received by the telecom department shows how thousands of Indians struggle with basic connectivity, especially while making digital transactions, due to poor network quality. 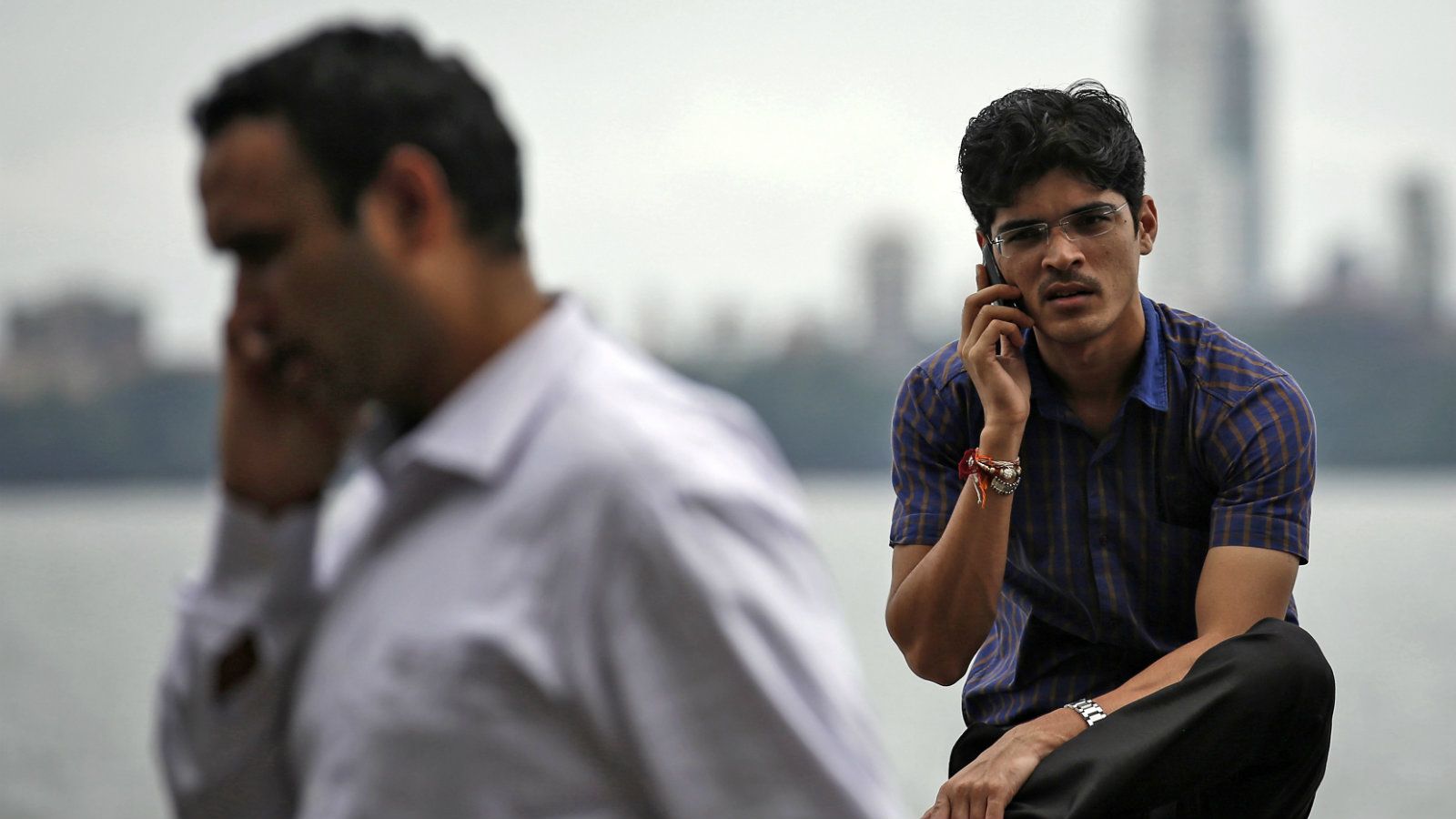 New Delhi: It all started with the Parivartan rally in Kushinagar, Uttar Pradesh, a few weeks after demonetisation last year. November 27, 2016, to be precise.

In a live telecast, a charged Prime Minister Narendra Modi told the gathering that “Ab aapka phone he aapka bank ho geya hai (Now your mobile phone has turned into your bank)”.

A year after demonetisation, an examination of complaints received by the Department of Telecommunications (DoT) shows that thousands of people across the country are struggling to make online transactions due to the lack of a mobile signal or because they receive their OTP (one-time password) messages three or four hours after they initiate a transaction.

These complaints aren’t restricted to a particular provider but instead point to a systematic quality of service issue.

The quality of service problems associated with India’s telecom network has been well documented. While the total data payload in the country’s network grew over 60% last year, India ranked 89 among 100 countries in terms of average mobile internet connection speeds. Various reports over the last two years have shown how frequent call and packet drops, network outages and congested networks result in poor coverage and increased download times.

The Wire’s qualitative examination of complaints sent to the DoT shows that hundreds of customers complain on a monthly basis about poor signal quality and call drops. In some cases, disconcertingly, complaints are closed by the government or mobile service provider without coming to a satisfactory conclusion.

Here is a sampling.

On October 31, the DoT received a complaint from Chandigarh resident Shashi Kumar Gupta* (complaint ID: DOTEL/E/2017/36320) of network problems in his place of residence for the last seven months. His complaint reads:

“Sir, I have been facing network problem over these numbers at my residence for the last 7 months. Owing to this problem, neither a call can be made nor received. Even I cannot make any financial transaction using credit/debit card or internet banking as the OTP is not received. I wrote the Customer Care of Airtel first time on 24.04.2017 and, thereafter, to the Nodal Officer and Appellate Authority of Airtel times and again. They replied me that a new site has been planned in my area by August, 2017. But nothing has been done. After the expiry of this time limit, I once again wrote them and they replied that the site has been planned in September, 2017. But till date nothing has been done at their end.”

Gupta’s complaint also attaches correspondence with Airtel’s customer care executive Umang Sahani who informed him on October 13 that the company’s team had “confirmed that maximum optimisation has been done at your nearest serving site. Therefore, this is the best possible coverage that can be provided presently.

As of November 8, Gupta’s case is still in progress at the DoT. A separate complaint specifically against Airtel has been pending from April 2017.

On October 24, Jitender Kushwah* from Madhya Pradesh, who recently shifted from Reliance to Airtel, filed a complaint (DOTEL/E/2017/37528) that claimed that he is “currently unable to make payments as OTP was not delivered to his mobile number”.

On the same day, Ravitej Roy* of West Bengal in his complaint (DOTEL/E/2017/37568) informed the DoT that “outgoing calls from his Airtel mobile often failed to go through” and that he was receiving “SMS-es 1 to 2 hours after they had been sent. As a result, many bank transactions failed to go through.”

Six days after his complaint, Parul Thakur of Airtel customer service informed Roy in writing that SMS service is working fine from Airtel side and he should try new handset. As a result of this communication, the DoT has closed the complaint case.

When The Wire reached out to Roy, he said that he changed his handset. “But SMS are still coming late. However, I am getting them a bit quicker that before.”

The problem only isn’t with Airtel or handsets. A common recurring pattern when it comes to responses by the telecom service provider is that the tower or site serving the customer isn’t equipped to provide proper connectivity.

For instance, in his complaint (DOTEL/E/2017/37551) dated October 25, one Vikash Raj* from Vaishali, Bihar chewed out emerging telecom giant Reliance Jio. Raj had filed his first complaint with the DoT over weak signals in September 2016 and over the last year has filed a total of 40 complaints.

On November 1, he received yet another identical response from Jio which read:

“…..customer’s location and observed high utilisation in the site serving customers location. Hence to enhance network reception, a new site is planned which is expected to be completed in 15 days on basis of receiving the necessary/ appropriate approvals to install the Site; however, immediate improvement will not be currently feasible.”

Another Reliance customer, Rana Pratap Kuswah* (DOTELE/2017/37531) wrote to the DoT about problems with his network on October 24.

“Due to interruption of incoming messages I am unable to make payments as OTP is not delivered on my mobile number and alerts to safe the bank account are also not received,” his complaint reads. “ I have already forward mails to service centers of Reliance but to no avail. It is therefore, humbly requested that needful action may be done to resolve the problem”.

On November 2, Rakesh Choudhary* filed a complaint (DOTEL/E/2017/38831) against Vodafone, alleging that even after several complaints the company had yet to respond.

“Our connections are facing problems with network reception and even after several complaints on our issues to Vodafone care we’ve not yet got any solution to our complaints,” says Choudhary in his filing. “Every time we’ve called customer care we’ve received a typical reply that Vodafone is going to set up new towers in your area and you will not have the said problem in the future.”

After the DoT forwarded his complaint to Vodafone, the company replied by sending a 13-point questionnaire asking him about “Problem faced for (number of Days): Exact nature of problem: (e.g Voice breaks/ Call drops etc), Number of signal bars on the handset: (0 to 5), Are calls getting disconnected mid-call – Yes/No etc.”

On November 8, the status of Choudhary’s complaint with the DoT was “case closed”.

The Wire catalogued hundreds of complaints that talk of inadequate connectivity just in the last two months – from Bankura district in West Bengal to East Champaran in Bihar. In rural and semi-urban areas, telecom service providers admit that only “outdoor coverage” can be provided.

In Simlapal block of West Bengal, for instance, Balaram Mahapatra* was informed in October that the Airtel’s technical team had conducted a “survey at village Kalabati” and that while adequate outdoor coverage was available, the company realises a network site is required for his area.

In early September, in response to a complaint filed by Rakesh Sinha*, Airtel’s technical team confirmed that it had conducted a survey at “PS Jharaukhar, Ghorasahan” and that it could only confirm availability of adequate outdoor coverage – with the company carrying out “maximum optimisation at the nearest network cell site”, this was the “best possible coverage that can be provided presently”.

Most of these complaints are routed to the DoT through the Centre’s ‘public grievance (PG) portal’ – also known as the Centralised Public Grievance and Monitoring System. Interestingly, there are also a vast number of complaints about how the DoT and PG portal move quickly to close complaints without verifying if the underlying problem has actually been fixed.

“Untruthfully, Airtel reports PGPORTL again and again. They play a trick against resolution of disputes that they intend to get scan copy from the customer of their notice. When they have traced contents of the notice they have reported in disposing my grievances in the references 07534 and 27365 , they have got originals, what scancopy they need further. They can write at me by post, it is not safe to send evidence of the notice over mail. It is very usual, they neglect.”

Consider the case of Jaspreet Chopra*. Living in South Delhi, his place of residence is situated in a locality that comes with a host of network quality problems: zero signal connectivity, call drops, not receiving SMS-es and OTPs on time.

In mid-July, he filed his first complaint with Airtel. The company’s engineers reportedly visited the area and his residence and admitted that there was no network in the area. A few weeks later, the company officially informed him that the locality in question had been incorporated as part of its “future planning”.

Chopra went on to file two complaints with the DoT – DOTEL/E/2017/36288, dated October 13 and DOTEL/E/2017/37512 (dated October 24). The first was closed within two days, the second closed after an email from Airtel that was sent informing him of “maximum optimisation at the nearest network cell site” that had resulted in the “best possible coverage that can be provided presently”.

A customer care executive from the telecom company called but the call was disconnected in under 30 seconds due to poor signal quality. A few hours after that, the DoT closed the case, with the telco’s submission reading “This is to apprise you that we tried to contact you multiple times on ********** dated 3rd November 2017. However, we were unable to establish contact with you as there was no response”.

While the above complaints are a mere sampling, it becomes clear that throughout India’s telecom network there are blind spots – where connectivity is stalled until the service provider invests as part of its future roll-out plan.

Furthermore, the DoT it appears may not be verifying whether the mobile service provider resolves complaints satisfactorily.  Nevertheless, as the Modi government’s ‘Digital India’ and ‘Cashless India’ agenda marches on, it is important that quality of service issues are addressed.

*All personal details of the complainants have been changed in this story to protect their privacy.