Air India Investigation: A Reckoning Six Years in the Making

The spotlight is now back on former civil aviation minister Praful Patel, whose under whose tenure everyone from the CAG to Murli Manohar Joshi-headed PAC found highly questionable financial decisions. 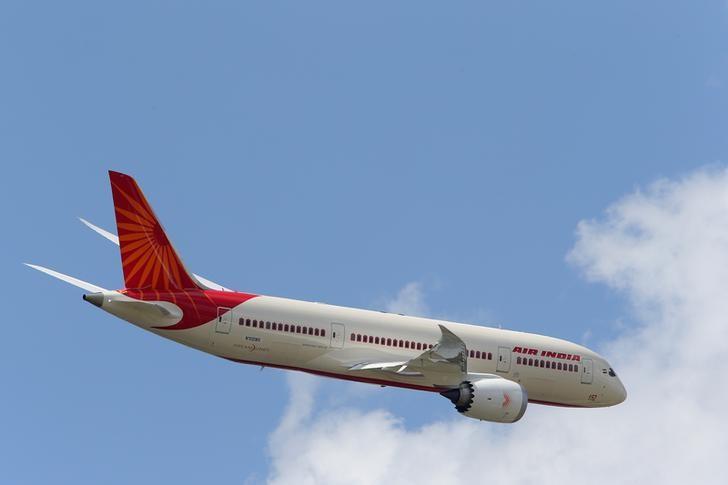 Late last month, the Central Bureau of Investigation (CBI) filed three first information reports on the highly questionable financial decisions that had been taken by the previous UPA government a decade or more ago. These decisions primarily deal with the purchase of a large number of aircraft by Air India and Indian Airlines, leasing of aircraft and surrendering profit-making routes. A preliminary investigation has also been launched into the merger of the two carriers.

The aircraft were acquired in 2005, the merger was approved in 2006 and an incisive report by the comptroller and auditor general came out in 2011. Similar territory was traced by parliament’s public accounts committee (PAC) in a 2014 report. Ironically, the PAC was at that time led by the then opposition leader from the BJP, Murli Manohar Joshi. But the FIRs have been filed just now.

However, what largely helped prod the CBI along was a public interest litigation launched by the Centre for Public Interest Litigation, spearheaded by activist lawyer Prashant Bhushan, in 2011. The Supreme Court admitted the PIL in 2012 and in January this year the court asked the government to conclude the investigations by June in response to a plea by Bhushan that the PIL be kept alive.

Praful Patel in the eye of the storm

A new government, that of the NDA, came to power in 2014 and since the whole issue puts the previous UPA government in the most unbecoming light, it would have been natural for the present government to do a quick investigation and come up with results. After all, the hard spadework for the investigation had already been done for it by none other than two of the country’s top most institutions, the CAG and PAC. But the FIRs have been registered only recently.

The person at the centre of the controversy is NCP leader Praful Patel, who was Union civil aviation minister at the time. If there is a reluctance to go ahead with investigations, which will eventually land at the door of Patel, then there is good reason for it. Patel, other than being a long-term president of the All Indian Football Federation, has cordial relations across the political spectrum. The launch event of his most recently published book was attended by, among others, filmmaker Karan Johar, Shiv Sena chief Uddhav Thackrey, Maharashtra chief minister Devendra Fadnavis, Amitabh Bachchan and Mukesh Ambani. This caused a Mumbai paper to say of the event, “It doesn’t get bigger than this.”

What do the CBI’s FIRs contain, what did the painstaking CAG report unearth and the PAC report validate? It is worth going into these in some detail to understand why Air India remains in the red, despite a Rs 30,000-crore bailout by the previous UPA government, and now carries a load of a massive Rs 50,000 crore debt. Perhaps because it is considered a lost cause, its privatisation is being mooted at the highest levels.

The three FIRs, according to press reports, cover the following – alleged financial irregularities over the purchase of 111 aircraft for Air India and Indian Airlines, leasing them out without due consideration and, perhaps the most damaging, surrendering profit-making routes and schedules to private players even as the Indian carriers themselves were heavily debt ridden. Under the CBI lens is also the merger of the two airlines after the decision was taken to acquire aircraft for them from Boeing and Airbus.

Now let us see what the CAG report said. As I had noted in a piece five years ago, it does not question the wisdom of large purchase of planes after many years and merging the two airlines but asks whether these were adequately planned and put through with economy and efficiency. In assessing the impact of the new bilaterals, it examined the oversight exercised by the ministry. Overall, it questioned the reliability of data and reasonableness of assumptions used in decision making in addition to the adequacy of facts and information put up for obtaining approval.

A concept paper prepared by A.T. Kearney in 2004 on the potential for value creation through collaboration between the two airlines on fleet and networks was not considered when fleet acquisitions were made for the two airlines independently. But in March 2006, a few months after the late-2005 independent fleet acquisitions by the two airlines, the government gave ‘in principle’ approval for their merger. The report had argued that merger before aircraft acquisition could have altered the acquisition strategy. Also, the government failed to implement the merger as envisaged. The exercise was “ill timed with loss of significant synergistic opportunities.”

The main financial case for the merger “was not adequately validated, prior to the merger.” Except for a statement by the consultant Accenture that profitability would rise by over Rs 600 crore (Rs 820 crore benefits minus Rs 200 crore costs) or 4% of the-then combined yearly revenue, there was no “detailed item-wise financial analysis” so as to “assess the reasonableness and robustness of these projected savings”. The initial consultant’s estimate of synergy benefits of Rs 820 crore was later revised to Rs 996 crore but after claiming to have achieved Rs 503 crore by December 2008, the Air India management said further quantification of benefits was difficult because they were the cumulative effect of many factors.

Perhaps the most serious indictment of Patel is contained in the report’s comments on how Air India had been forced to play on a non-level field and thus had to give up potential lucrative business in the Gulf and elsewhere through generous bilaterals executed under India’s version of open skies. This has allowed airlines like Emirates with huge hubs to also eat into traffic from all over India to Europe and North America.

The irony is that the civil aviation ministry under Patel justified the vast expansion of entitlements under bilaterals so as to help Indian workers go to West Asia when the actual requirements on that score were far lower. “It is certainly not our case that AI should benefit from a protected environment, cloistered from competition from foreign airlines (and other Indian carriers), especially in the current era of economic liberalisation. However, the timing of the liberalisation of bilateral entitlements (notably the Gulf/SE Asia/Europe) from 2004-05 onwards left much to be desired.” As auditor speak goes, that is pretty damning.

In popular perception, the buck stopped with Patel. But as he has pointed out and as the chronology of events in the report shows, they were all in it together. The ministry’s proposals for fleet acquisition and merger of Air India and Indian Airlines went through several filters like the Planning Commission, Public Investment Board, committee of secretaries, group of ministers and the cabinet; the prime minister was fully in the picture and doubts and objections raised at some levels were subsequently given up while recommending sanction.

Now let us see what the PAC had to say. Despite reservations and concerns raised regarding the number of aircraft that were to be procured, the government went ahead with the deal without having a long term perspective. “This is unfortunate to say the least.” The committee deplored the fact that when the purchase agreement was concluded in December 2005, a desperate need for 50 aircraft was made out and in the next few years there had to be deferment in the delivery of aircraft to reduce the burden of loan repayments. Though the aviation sector is market driven, the committee felt that the payment capacity of Air India for such a large fleet was not anticipated.

The committee observed that a company (Boeing) was given business out of the money borrowed from an American bank (US Exim Bank) and to this the Indian government had stood as a guarantor against the advice of the ministry of finance that “a preferred option may be to encourage financing arrangements not involving government guarantee”.

Surprisingly, the speed and synergy with which the purchase agreement was concluded with Boeing, was lacking while executing the agreement, more so when the financial implications were evident, causing a wholly avoidable loss of Rs 220.71 crore to the public exchequer on account of additional interest burden alone.

The committee was “pained” to note that the purchase contract was loaded against the buyer, that is Air India, as despite the delay of more than three years in the delivery of these aircraft the purchase agreement provided for compensation only upto a maximum of 180 days. The committee recommend that immediate steps be initiated for claiming liquidated damages as per the contract and action taken to safeguard the interest of the airline in terms of the contract and to avoid such a “dereliction of duty” in future.

The merger was to provide competitiveness, economy of scale, resource consolidation and the optimal use of both the aircraft equipment, ground handling side as well as the manpower. But there was lack of adequate validation of the financial case for merger in the first place and the ministry admitted that some of the positives had not materialised due to several other prevalent factors.

The gulf sector was Air India’s and Indian Airlines’s most profitable international segments before the liberalised policy on bilateral entitlements came. Air India repeatedly expressed strong reservations to the ministry against requests from Gulf countries for increase in seat entitlements as well as additional points of call at interior locations in India. Despite this, the ministry went ahead with massive increases in entitlements from 2004-05 onwards to the detriment of Air India. The committee was “shocked” over the manner in which massive excess entitlements for the most profitable Gulf sector were granted to foreign airlines to the serious detriment of Air India.

All this has been known since early 2014, making it clear why it is now so difficult to turn around Air India and explains why privatisation is being freely talked about by the current higher-ups.

Subir Roy is a senior journalist and author of Made in India: A study of emerging competitiveness (Tata Mcgraw Hill, 2005) and the forthcoming Ujjivan: The microfinance frontrunner (OUP)