AGR Telecom Headache: A Faulty Verdict that Can Only be Remedied by Govt Intervention

It is ironical that the very policy which was brought in to help telecom service providers has ended up becoming their bane, but that's Indian regulation for you. 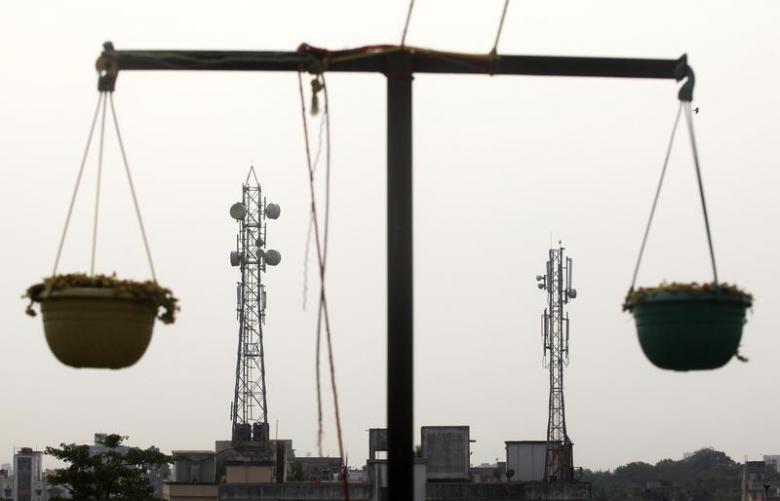 In this representative image, telecommunication towers are pictured through hanging flower pots at a residential building in Kolkata. Photo: Reuters/Rupak De Chowdhuri/Files

After six gruelling rounds of litigation spanning over 17 years, the issue of adjusted gross revenue (AGR) has largely been put to rest with the Supreme Court dismissing the review petitions in the matter.

The judgment, by imposing a mammoth liability of Rs 1.47 lakh crore on telecom operators, has struck a body blow to the industry in India which was already struggling with bleeding balance sheets. The court battle, which may still linger on with modification petitions, will have far-reaching implications on the investment climate, which the Narendra Modi government can ill-afford at this juncture.

It is thus necessary to examine some questionable aspects of the verdict and how government inaction exacerbated the problem.

In 1994, India’s telecom sector was liberalised under the National Telecom Policy and licences were issued to companies. However, the steep licence fees resulted in many telecom service providers (TSPs) defaulting on their payments, which prompted them to make representation before the government. The Centre came out with a revised National Telecom Policy in 1999 which provided an option to the licencees to migrate from fixed licence fee to revenue-sharing model. As per the new licences, the TSPs were obligated to share a percentage of their AGR with the government as licence fee. The concept of AGR was finalised in 2001 and it was to be calculated by excluding certain specified items from gross revenue.

Thereafter, demands for licence fees were raised by the Department of Telecom (DoT) in 2003 and the operators rushed to Telecom Disputes Settlement and Appellate Tribunal (TDSAT), challenging the demand. Their primary contention was that DoT had ignored recommendations made by Telecom Regulatory Authority of India (TRAI) and illegally included income which was not attributable to activities under the licence.

In 2006, TDSAT agreed with the TSPs and held that DoT cannot seek license fees on activities beyond the purview of the licenses. However, TDSAT referred the matter to TRAI on the ground that there was no adequate consultation with TRAI before setting out the components of AGR. After some back and forth movement between TDSAT and SC, TDSAT largely agreed with the recommendations of TRAI relating to heads of revenue to be considered while calculating AGR and reiterated its earlier position that activities not covered under the licence cannot be considered for determining AGR.

In 2011, the SC nullified TDSAT’s ruling on the ground of lack of jurisdiction of TDSAT to determine the dispute. Thus, the TSPs again approached the TDSAT and other fora which resulted in varying interpretations of AGR. In this way, the matter found its way again by appeal to Supreme Court for a definitive adjudication.

The fundamental question before the court was whether DoT could ask telcos to share percentage of revenue earned from non-licence activities like sale of towers, foreign exchange fluctuations, income from interest and dividend, gains from sale of shares and so on. Here, the court plainly looked at the liability to pay as a contractual obligation and held that the definition of gross revenue was ‘broad, comprehensive and inclusive’ because of use of the phrase ‘any other miscellaneous revenue’. The judgment accepts the government’s version on face value and does not establish why non-licence related activities should be factored in while calculating gross revenue. The verdict merely asserts that the 2011 judgment covered the topic and hence is barred due to res judicata. 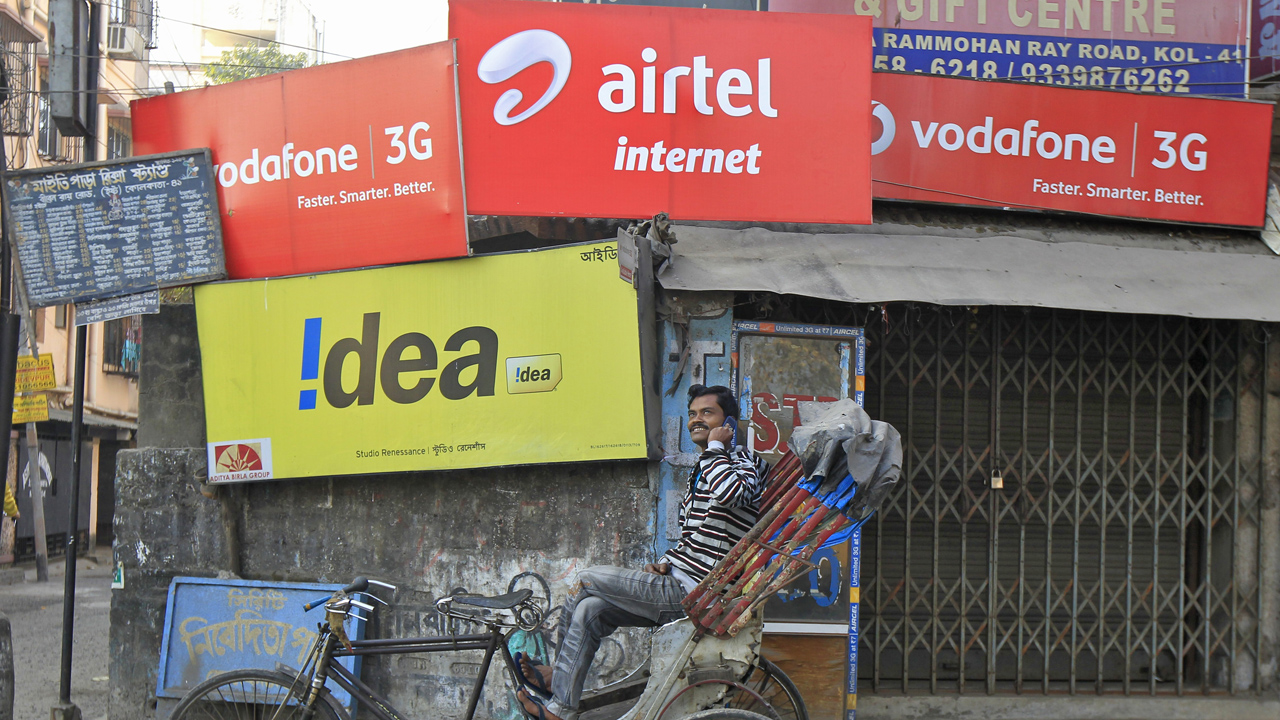 A rickshaw puller speaks on his mobile phone as he waits for customers in front of advertisement billboards belonging to telecom companies in Kolkata February 3, 2014. Photo: Reuters/Rupak De Chowdhuri

This is wholly unfair since the contrary view was upheld later by TDSAT based upon recommendations of TRAI, which is an expert body. It is submitted that this stance taken by the SC also failed to note the dominant position of the state vis-à-vis the private operators which merited a closer examination of the arguments made by the government. By holding that TSPs had to unconditionally accept government’s expansive definition, judiciary failed in its duty to correct the imbalance of the bargaining powers of both sides.

The absurdity of the judgment is further showcased by the huge liabilities imposed on the non-telecom PSUs such as Oil India, NHAI, Indian Railways and Power Grid Corporation.

Usually, penal interest is waived off in case of a genuine dispute and only levied judiciously in case of deliberate disregard of law or statutory liability. The judgment bluntly holds that disputes raised were not bonafide, wholly unsustainable and only raised as delaying tactics, thus justifying imposition of penalty and penal interest from 2003. The decision completely overlooks the fact that TDSAT had upheld the telcos’ arguments multiple times until 2015.

If at all a penalty was to be levied, it should have been on basic AGR dues. By asking TSPs to cough up dues going back to 2003, the court sends a bad message about the judiciary’s handling of high stakes matters where the state is a party to the dispute.

A missed stitch in time?

Moving aside from the legal aspects, the dispute also showcases the hostile business environment when it comes to government dues and taxes in India. Since the sector had seen a bloodbath and considering its significance, it would have been prudent for the government to work towards a more agreeable solution instead of fighting it out in the courts. The obstinacy in refusing to heed to recommendations of an expert body like TRAI hollows out the institutional value of the regulator.

The government could have also stepped in by scrapping the license fees and spectrum usage charges which constitute the AGR dues. The 1999 policy was put in place when a large part of the spectrum was given for free towards achieving universal coverage. However later, spectrum was auctioned at steep rates in 2010 following the 2G scandal. Thus, the government could have written off the dues against the revenues mopped by the spectrum auction process which would have reduced the AGR dues significantly. On this front, the Modi government and the UPA government were equally complicit in their inaction and letting the problem fester.

The massive liability imposed has raised concerns about the sustainability of two major players, Airtel and Vodafone.

Also read: Situation Critical: Vodafone’s Future in India May Be in Doubt after SC Ruling

While Airtel is slightly better placed due to its recent fundraising, Vodafone is staring at a bleak future. Vodafone Idea chairman KM Birla had announced that in absence of government support, Vodafone would have to be shut down. The death of Vodafone, one of the largest foreign direct investments in India, would spook potential investors about setting foot in India. Added to that, the potential job losses during a period of high unemployment will bring even more bad news for the government.

For now, the ball is in the government’s court to offer any relief. The government must understand the core nature of telecommunications, especially in light of its Digital India push, and upcoming 5G revolution.

Unless adequate steps are not taken soon, the industry will cripple, which will also leave customers poorer and have a debilitating impact on the economy.

It is an irony that the policy which was brought in to help TSPs has ended up becoming its bane.

Abhisek Mohanty is a graduate of NUJS, Kolkata, and is currently practicing as a lawyer at the Cuttack high court.