AGR: As Airtel Coughs up Rs 10k Crore in Part-Payment, All Eyes on Vodafone-Idea

What could add a new wrinkle to the story is if telecom operators further dispute the DoT's AGR calculations. 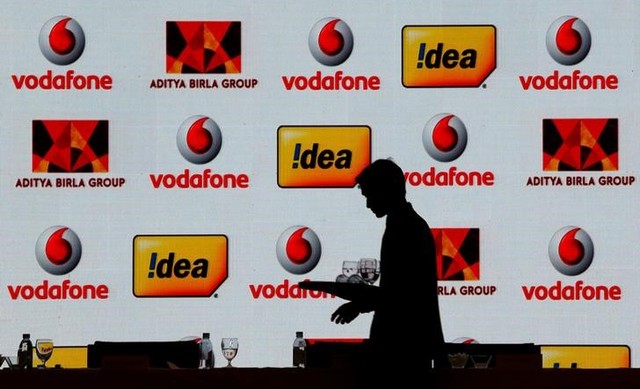 New Delhi: Telecom operator Bharti Airtel on Monday said that it had paid Rs 10,000 crore to the Department of Telecommunications (DoT) as part of its dues towards the AGR (adjusted gross revenue) controversy.

In a statement, the company added that the remaining portion of what is owed will be paid after it undertakes a “self-assessment exercise”.

“The…total amount of Rs 10,000 crore has been paid on behalf of Bharti Airtel, Bharti Hexacom, and Telenor,” it said.

“We are in the process of completing the self assessment exercise expeditiously and will duly make the balance payment upon completion of the same, before the next date of hearing in the SC,” the statement added.

The company said it will also submit supporting details at the time of making balance payment.

Last week, the Supreme Court drastically upped the ante over the AGR controversy by slamming both the Narendra Modi government and the telecom companies over the delay in complying with its October 2019 order.

The sector as a whole, as per the apex court’s judgement, now owes over Rs 1.45 lakh crore in dues.

Also read: Is This the End of the Road for Vodafone-Idea in India?

After being threatened with contempt proceedings, the DoT issued a hasty order last Friday demanding immediate payment, but did not provide any specific details. In response, both Airtel and Vodafone-Idea promised some form of payment. While Airtel had initially said it would pay Rs 10,000 crore by February 20, it now appears to have done so in advance.

What is likely to add to the existing controversy is that individual telecom operators continue to believe that their dues are much less than what the DoT has calculated. According to a report in The Economic Times published on Monday morning, Airtel and Vodafone-Idea believe that they owe far less.

“The reason for the difference in estimates is because even by calculating their AGR according to the Supreme Court verdict of October 24, there are certain errors such as duplication of certain items, as per DoT’s definition,” the report said, quoting an anonymous company source. “Thus, certain items still don’t make it to the list, and the interest on those items plus the penalties go down.”

It is also unclear what Vodafone-Idea plans on doing. Over the weekend, the company promised that it would clear its AGR dues, but also warned of possibly insolvency if it didn’t get relief through its modification plea before the Supreme Court. After Friday’s hearing, it’s equally unclear if the apex court is viewing the telecom operator’s modification plea, which asks for a staggered payment schedule, in a positive manner.

The possible default by Vodafone Idea (Voda-Idea) in paying its adjusted gross revenue (AGR) dues and the company shutting down operations will have serious repercussion on the telecom and banking sectors in particular and the economy in general with large magnitude of debt default, job losses and customer annoyance as the telco faces an imminent risk of shutdown.

A default by Voda-Idea and the company shutting shop, analysts say, could increase India’s fiscal deficit by 40 basis points (bps). While presenting the Union Budget for financial year 2020-21 (FY21), the government had pegged the fiscal deficit for FY21 at 3.8 per cent of GDP (gross domestic product) and at 3.5 per cent for FY20.

“Voda-Idea has gross debt of Rs 1.2 trillion, of which around Rs 900 billion is government’s deferred spectrum debt, while around Rs 250 billion is bank debt. A default of such a large scale could increase India’s fiscal deficit by nearly 40 bps, thus having the deepest impact on government receipts despite winning the suit, while creating ripples in the banking sector,” wrote Gautam Duggad, head of research for institutional equities at Motilal Oswal Financial Services (MOFSL) in a recent note.

The social impact of this could be worse as 300 million subscribers may face the annoyance of network shutdown and churn. Reports peg the job loss at Voda-Idea at a staggering 13,500 employees. This is merely the direct impact, while the indirect impact on multiple vendors and other stakeholders could be even worse.

“Ironically, the government, despite winning the suit, could see the biggest impact through deferred spectrum debt default Rs 900 billion. Even with some relief of AGR liability, Voda-Idea would have found it difficult to service debt and capex needs through its operating cash flow,” Duggad says.