In an open letter published in the London Review of Books this week, more than 250 prestigious authors protested the decision. 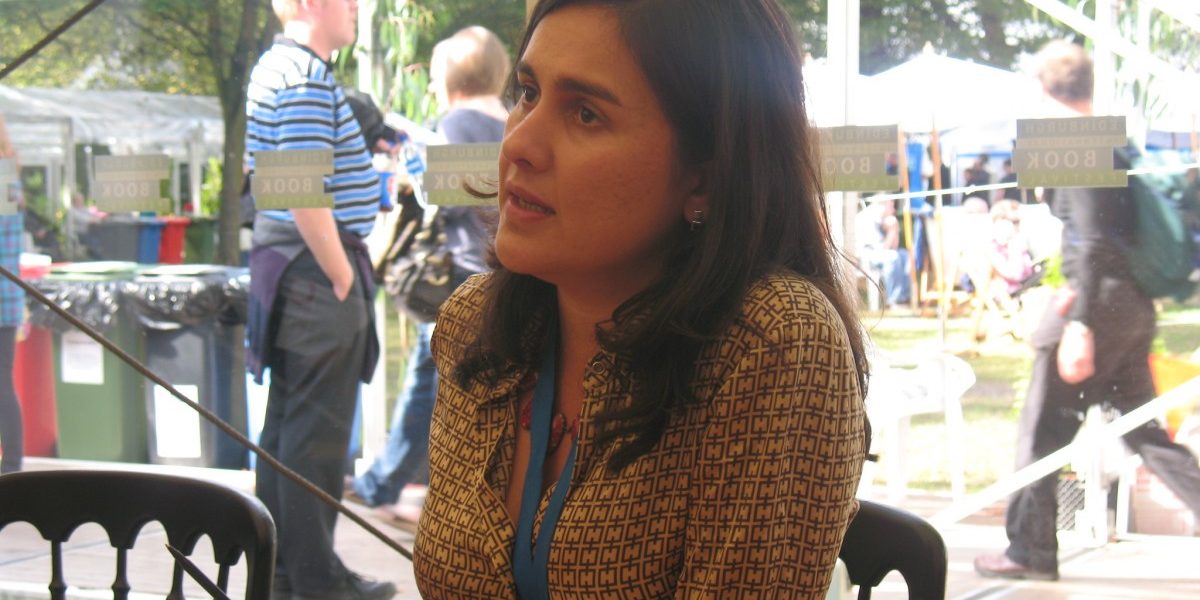 The Nelly Sachs Prize, one of the most renowned literary prizes in Germany, was rescinded last week from British-Pakistani author Kamila Shamsie by the city of Dortmund owing to her membership of the Israel-critical BDS Movement (Boycott, Divestment and Sanctions).

But in an open letter published in the London Review of Books this week, more than 250 prestigious authors protested the decision. The list of signatories reads like a who’s who of contemporary world literature: Arundhati Roy, Michael Ondaatje, John Burnside, Jeanette Winterson, Noam Chomsky, Sally Rooney, and PEN International President Jennifer Clement.

Many Arab authors also signed the letter, such as prominent Lebanese writer Elias Khoury. Author and filmmaker Alexander Kluge is one of few Germans among the signatories.

US filmmaker Alice Rothchild was among those who tweeted their support for Shamsie.

I proudly signed this letter published in the @LRB. “It is with dismay we learned of the decision of the City of Dortmund to rescind the Nelly Sachs Award for Literature from Kamila Shamsie because of her stated commitment to #BDS for Palestinians”: https://t.co/thJlRkySeH

‘The jury regrets the decision’

The decision to revoke the award for the British Pakistani author was made both by the book prize jury and the City of Dortmund. The jury originally announced on September 6 that they would award Shamsie the prize. No new winner has been nominated.

According to the specifications of the award, which includes a prize of €15,000, it should honor people who “have particularly supported the promotion of intergovernmental cultural work as way for people to connect.” Some of the previous prizewinners include Margaret Atwood, Bachtyar Ali, Milan Kundera, Christa Wolf and Marie NDyiae.

Kamila Shamsie, who was born in Karachi in 1973 and has spent most of her life in the UK, has won numerous prizes including the Women’s Prize for Fiction for her 2017 novel Home Fire – which was also longlisted for the 2017 Booker Prize. She has supported the BDS Movement since 2014, which has the aim of economically, culturally and politically isolating Israel. The jury did not know about Shamsie’s involvement with the group until after she was selected as the prizewinner.

“The cultural boycott does not transcend borders, but affects the whole of Israeli society regardless of its actual political and cultural heterogeneity,” said the jury in a statement. “This contrasts with the claim of the Nelly Sachs prize to proclaim and exemplify reconciliation among peoples and cultures. The jury regrets the situation in every respect.”

The BDS movement was founded in 2005 by over 170 groups in protest of the Israeli occupation of Palestinian territories and to fight for equality for Palestinian citizens and refugees. In May, the German federal parliament debated the group and voted that it was antisemitic, as did the state parliament of North Rhine-Westphalia.

“It is a matter of great sadness to me that a jury should bow to pressure and withdraw a prize from a writer who is exercising her freedom of conscience and freedom of expression,” said Shamsie in response to the decision.  “It is a matter of outrage that the BDS movement (modelled on the South African boycott) that campaigns against the government of Israel for its acts of discrimination and brutality against Palestinians should be held up as something shameful and unjust.”

In the open letter, similar sentiments were expressed. “What is the meaning of a literary award that undermines the right to advocate for human rights, the principles of freedom of conscience and expression, and the freedom to criticize? Without these, art and culture become meaningless luxuries.”

Alan Posener of the German newspaper Die Welt pointed out Shamsie’s previous refusal to allow her works to be translated into Hebrew. “She has a right to her opinion. But she does not have a right to win the prize named for Nelly Sachs.”

Nelly Sachs, a Jewish Swedish-German author and Nobel prize laureate was forced into exile under the Nazi regime and was a strong supporter of Israel. The prize which honours her should apparently go to those who “produce outstanding creative achievements in the field of literary and spiritual life which aim in particular to improve cultural relationships.” Sachs herself won the first prize in 1961.

The news comes weeks after Israeli Prime Minister Benjamin Netanyahu, whose future hangs in the balance following a close election, announced plans to annex more of the West Bank.