With patients in India getting increasingly impatient with doctors, a new memoir invites us to pause and think. 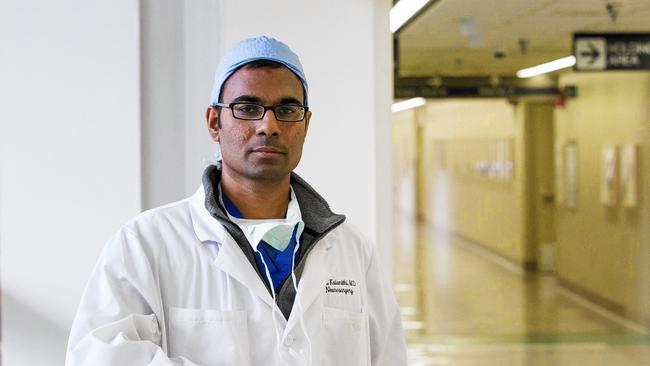 The much-loved and much-reviewed When Breath Becomes Air is a unique autobiographical work by US neurosurgeon Paul Kalanithi, a terminally ill doctor-turned-patient who died at age 36. Unlike other works of the same genre, which tend towards relaxed reminiscences and protracted pondering, this has an air of urgency and contingency to it. Kalanithi, whose “ability to make lunch plans had been shot to hell” by a diagnosis of terminal cancer, shares with readers his reflections on life and death, on being a doctor and then a patient, and on living a meaningful life. It is useful reading for both the general public and doctors, especially in current times when the patient-doctor relationship in India has deteriorated to perhaps a historic nadir.

After a heart-rending prologue describing his gradual discovery of the fatal malady, Kalanithi takes us on a short tour of his childhood and college years, sharing vignettes of how he was raised by a mother, who worked relentlessly to secure her children’s future, and a cardiologist father, who spent much time away from home. (His parents “had eloped, in love, across the world from southern India to New York City,” with their Christian-Hindu marriage causing “years of familial rifts”.) During his formative years, Kalanithi developed a precocious interest in literature and philosophy. That interest, as is evident from the book’s profound writing, lasted well until his final breath became air.

The existential and philosophical nature of life fascinated Kalanithi during college. He chose to go to medical school after a masters in English literature from Stanford, believing that it would allow him a chance to “find answers that are not in books… and to keep following the question of what makes human life meaningful, even in the face of death and decay.” During his days at the Yale School of Medicine, he experienced the “enormity of the moral mission of medicine.” He recollects how he “couldn’t help but hear real ribs cracking” while practising CPR on a plastic mannequin; or how he found undigested morphine pills in the stomach of the cadaver of a man, “meaning that he had died in pain, perhaps alone and fumbling with the cap of a pill bottle.” 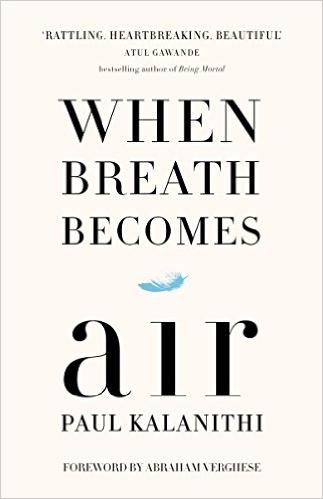 Kalanithi came face-to-face with the importance of experience and judgement in medical practice while assisting a childbirth in the later years of medical school. He realised at one point during the birth that just knowing that one needed to be careful when pulling on the baby’s head to facilitate the delivery of the shoulder was not the same as doing it. “What if I pulled too hard? (Irreversible nerve injury, my brain shouted.)” In other words, “reading books and answering multiple-choice questions bore little resemblance to taking action, with its concomitant responsibility.” As a neurosurgeon, Kalanithi took this responsibility very seriously, learning to treat “his paperwork as patients, and not vice versa”.

He writes about making mistakes during surgery, and about the limits of a doctor’s (in his case a neurosurgeon’s) skills and judgement. “Learning to judge whose lives could be saved, whose couldn’t be, and whose shouldn’t be requires an unattainable prognostic ability.” (Italics in original) It is hard to see doctors in India writing something of this sort. The doctor-patient relationship is so fraught in India that doctors would (rightly) say, such honest confessions could be professionally, and even personally, devastating. After all, they have seen their colleagues being beaten up and humiliated publicly for such subjective and volatile reasons as ‘not doing enough to save the patient,’ or ‘not seeing our patient first.’

The peculiar state of affairs in India, where there is a general tendency to ‘blame the doctor’ for almost every adverse event in the medical system, makes it hard for Indian doctors themselves to write such honest memoirs. On the other hand, decades of dominance by unregulated and ‘unaccountable’ private sector doctors, of governmental negligence of the public healthcare sector, and of the notoriously discourteous attitude of healthcare staff in both government and private hospitals, have often led to patient experiences that range from depressing to traumatic to even life-threatening.

Towards the close of his residency, as a chief resident, Kalanithi felt he had “conquered the pinnacle of residency”, with “job interest trickling in from all over the country”. His journey towards professional excellence was characterised by an increasing realisation of the “singular importance” of the relationship between doctor and patient. “When there’s no space for the scalpel, words are the surgeon’s only tool.” This is brilliantly brought out by the example of a young patient suffering from seizures who had a benign tumour in her brain. The location and size of the tumour made surgery a feasible and potentially curative option in her situation, but Kalanithi realised that he couldn’t simply launch into a mechanical discourse about the operation, its complications and success rate – particularly as the patient was quite apprehensive about surgery. He gathered her family with her, and together they “calmly talked about the options.” As the discussion progressed, he could see the enormousness of the choice his patient faced “dwindle into a difficult but understandable decision. I had met her in a space where she was a person, instead of a problem to be solved.”

The patient-doctor relationship often flounders when either side fails to prioritise the other’s primary identity as a person. The relationship struggles when doctors look at patients only as ‘problems’ that need to be ‘solved’, and when patients look at doctors only as people with ‘solutions’ that need to work perfectly. For readers in India, Kalanithi’s memoir provides a much-needed impetus to acknowledge the fundamentally human nature of the patient-doctor relationship, complete with all its frustrating limitations and exhilarating possibilities.