Watch: Ashok Lavasa, on Why He Won't Write About His Time as Election Commissioner

Ashok Lavasa's forthcoming book, 'An Ordinary Life', is a biography of his father. 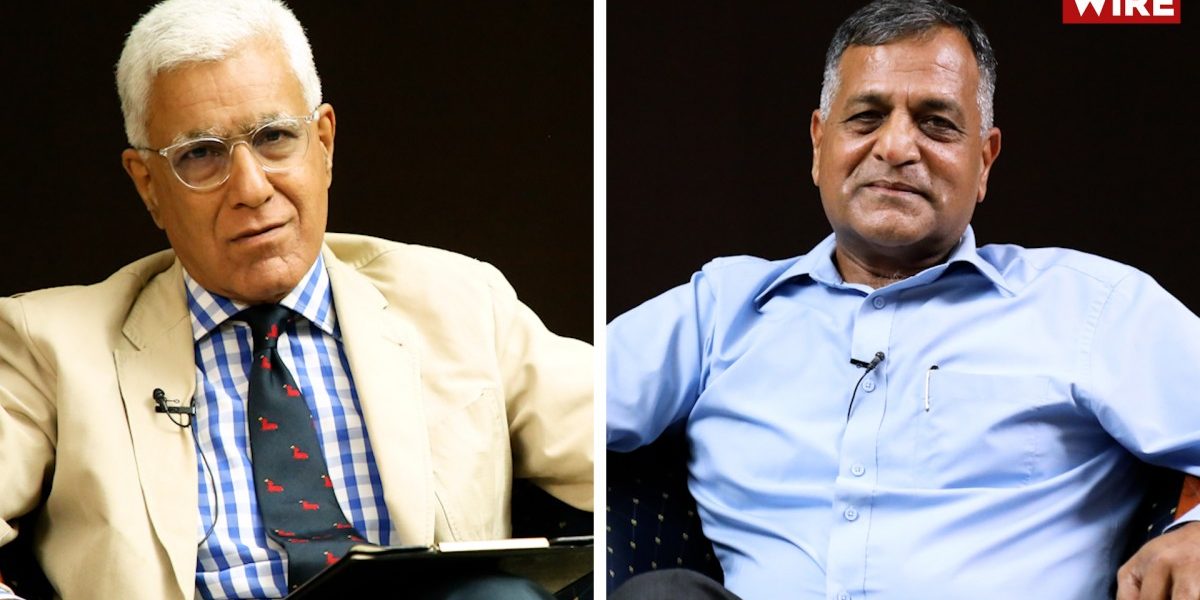 In an interview about his forthcoming book An Ordinary Life on his father, Udai Singh Lavasa, former election commissioner Ashok Lavasa has said that he lacks the objectivity and distance in time to write about his own period in the Election Commission (EC). However, he also said that just as he has written a book about his father, perhaps his son might write about him.

In a 40-minute interview to The Wire, to mark the launch of his book An Ordinary Life: Portrait of an Indian Generation, Ashok Lavasa, who resigned as election commissioner in 2020 to become vice-president of the Asian Development Bank, suggested he had resigned from the EC because the bank offered him “a huge opportunity”.

Lavasa, who earlier served as finance secretary, described his father as “a character in search of an author”, a phrase that echoes Luigi Pirandello’s famous play Six Characters in Search of an Author.

The interview focuses on some astonishingly truthful but also disturbing revelations about Udai Singh Lavasa in the book. These include anecdotes and stories that suggest he was often “indifferent” to his wife and uncaring of her feelings. Other anecdotes suggest he could be selfish. Yet more reveal him as an insensitive person who would often hurt other people’s feelings without caring.

However, a major chunk of the interview is about a story Ashok Lavasa begins the book with. It’s how, when he was just nine, his father left him alone at the Bombay Railway Station to make his own way to school in Belgaum, a journey that involved three train changes. Udai Singh Lavasa asked a complete stranger, who he had never met before and whose name and address he did not know, to keep an eye on young Ashok. In other words, he trusted his son’s life to a complete and total stranger.

The train reached Belgaum at 2:30 am and the school is three km from the station. Young Ashok had no money. Fortunately, the stranger was a good man who took Ashok home, gave him a bed for the night, breakfast the next morning and took him to school. But what if this stranger had not bothered? After all, Ashok was not his responsibility. Is it not strange that his father should have risked his nine-year-old son’s life in the hands of a stranger whose name he had not even bothered to find out?

Lavasa defends his father by arguing those were days when you could trust strangers. He says that is the big difference between then and now. He also says his father was an intuitive man who could judge people by their first appearance.

The second half of the interview is about why Lavasa does not want to talk about three critical issues – (a) whether as election commissioner he felt Prime Minister Narendra Modi’s speeches in the 2019 elections breached the Model Code of Conduct and even perhaps the Representation of People Act, and Modi should be reprimanded and punished, (b) did the government open up tax cases concerning him, his wife and other family members as revenge, and (c) and is that why he resigned.