In conversation with Githa Hariharan about her latest book 'I Have Become The Tide'. 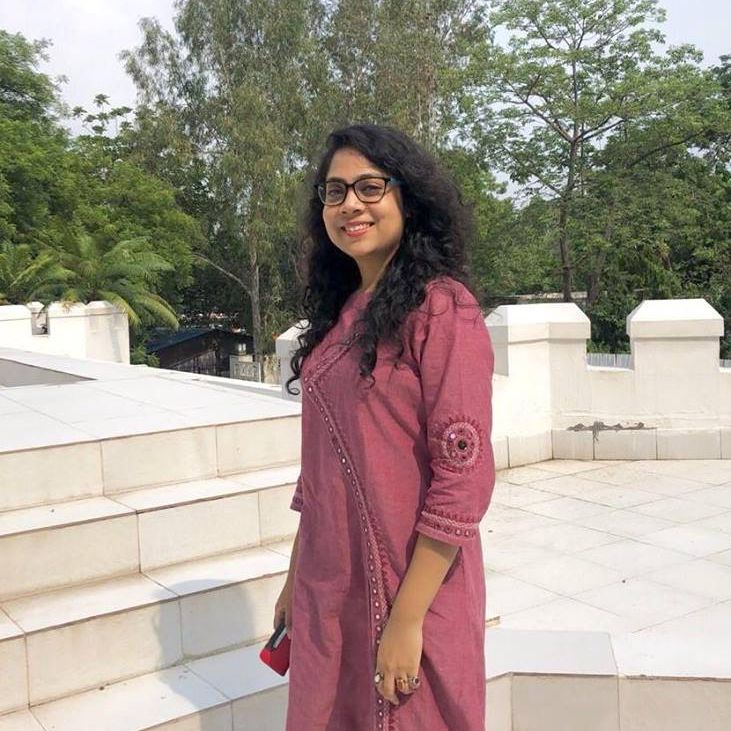 A cattle-skinner’s son runs away from his father’s funeral. Fate brings Chikka to Anandagrama, a village where he begins a new life as a washerman and grows up among people who envision a casteless society where equality is not a privilege but their right. Hundreds of years later, a certain professor is on a quest for the works of Kannadeva, a 12th-century poet who has been redefined as a Hindu saint-reformer in the present day. And somewhere in the vicinity, three Dalit students are dreaming countless casteless dreams.

Githa Hariharan’s latest book I Have Become The Tide, published by Simon & Schuster, is a plea for an inclusive, progressive society where caste oppression is condemned, dissenting voices are not suppressed and forms of resistance are celebrated.

In an interaction with The Wire, the author shares what it means to be a writer today, why dissent need not always be heroic, how hate politics can puncture the spirit of diversity and more.

The genesis of the book – how did the tide become the river? Did it begin with a stream, a brook, a tributary: please help us with a glimpse of the birth of this book.

I didn’t begin with the tide – it builds up through the resistance, whether in poetry or action. The image pattern at the heart of the novel, the various waterbodies, began with the idea of stagnation on the one hand, and movement on the other. So the novel begins with an “untouchable pond”, the stagnant pool of persisting inequality with people being “kept in their place”, excluded from the mainstream because of caste. Githa Hariharan
I Have Become The Tide
Simon and Schuster India, 2019

When these same people raise their voices, through poetry or song or action, they take the novel from the apparently never-changing pond to a free-flowing river of change. It’s the resistance, whether to caste or to the crushing of dissent, that makes this moving river powerful. The diverse people themselves become like the many faces of the river; their voices soar as they insist, in many ways, that their lives must move and change. This is how the river – and the people – “become the tide”.

On the way, there are many other water bodies in the novel that play subsidiary roles relevant to our lives today: the man-made lake in which the right-wing wants to raise a statue of an alleged Hindu saint poet; the quiet river of stillness which encourages contemplation, but also a spirituality that runs away from changing the injustices of the real world and the sea that offers an expanse of movement, and the possibility of reaching the horizon – a new place of choice and full citizenship.

Chikka runs away from his father’s funeral. A very poignant line in your book sums up the condition and situation of an outcast: “Life can be left behind without dying.” As a writer, how do you tell a story of someone who may or may not belong to your situation in terms of social hierarchy? Was this literary venture a journey to empathy with a message of compassion for humankind irrespective of caste, colour, creed, religion and other such barriers?

My experience is that a writer has to continuously stretch her knowledge of people and worlds different from what she is most familiar with. This is true for everyone, but perhaps sharper for those born to privilege. The writing journey begins with questions – ones that admit your ignorance or limited knowledge. The next phase of the journey is learning, in whatever way you can, all the while imagining real-life people in the contexts being learnt, both past and present.

All along, the writer is informed by certain values, a framework or worldview – which is what makes the work “political”. To put it simply, the business of the writer, as far as I am concerned, is to break down all man-made walls, probe and expose all forms of oppression and celebrate all forms of resistance.

When Asha, Ravi and Satya meet after joining their respective colleges, they depart while “examining each other for scratches and bruises”. How difficult is it to peel the layers of oppression across generations (12th century to the 21st century in this case)? As a writer, does the act of writing lead to healing or does it induce more pain?

All of it is hard, and all of it is necessary. Just as a reader can feel joy or pain or sadness when reading fiction, so does the writer while creating it. The real question is whether the fiction is able to offer some hope, however raggedy, despite the sadness.

The drum which is a “baggage” for Chikka that he inherits from his father, by the end of the book, is a symbol of “liberation”, an instrument of change, resistance, voice, agency for Kannadeva who visits his village long after his parents have died and is even mistaken for someone from the upper-caste by a family of farmers. He is treated with “respect”. The drum is the mute spectator of how an untouchable evolves from being a cattle-skinner to a Hindu “saint” and “reformer”. Did you always envision this transition while writing the book?

The drum’s numerous avatars in the book serve, like the bodies of water, as links between past and present, and among the three narratives in the book. And the drums are very much part of the music and poetry embedded throughout the novel. In the narrative from the past, Chikka’s father, the cattle-skinner, has a love-hate relationship with his drum. It offers him solace along with drink; but he also feels anger toward it, as he does with his life.

For Chikka, the drum is a connection with his past – not something to be forgotten – but also a challenge. How is he to make this inherited drum beat to the dream and demand of a more equal world? In the contemporary story of the three Dalit students, the drum is again there; in the past, as part of “traditional occupations” such as beating the funeral drum. But in the present day, it beats bravely in meetings on the university campus and rallies on the streets. Even the “middle-class narrative” of Professor Krishna, who is assassinated for writing about Chikka’s poetry, has drums – except these are played by a small child, as if to underline the fact that dissent need not always be obvious or heroic. In times like ours, a teacher or writer doing her job may end up being a dissenter. Mahadevi, a fisherwoman, “when she writes, she often makes a hole instead of a letter”. How is a lower-caste woman’s story different from a lower-caste man’s history; isn’t she twice removed, her struggle to be ‘acceptable’ harder than a man whose ‘maleness’ can somewhere compensate for his low birth? What about the literary voice of Dalit women, are they still buried, waiting to be unearthed, saved from being dumped into a “hole”?

Yes of course, in the novel as in real life, the voices of Dalit women are even more marginal than those of Dalit men. And this is why their resistance, whether in word or act, also hits so hard at the very root of both caste and patriarchal power.

Sobriquets like ‘Rakshasa Kavi’, ‘Elder Brother’, ‘Fearsome Five’ and even the names of the characters seem deliberate. Were you conscious while choosing these names or did they come about organically as part of the creative process?

It’s hard to separate it all and say what was spontaneous and what was more deliberate. I can say, however, that my writing process has fairly distinct stages as I go through multiple drafts. The earlier drafts are relatively spontaneous. But that’s only half the work. The rest get carefully structured, and a framework of linking words, images, objects, landscapes and people are put into place. I see the novel as an entire world of diversity with everything talking to each other.

As part of the textual discovery, when professor Krishna stumbles upon the name Puttanna and is unable to decipher the other word and thinks to himself “surely, it can’t be rat-catcher”, can this be one of those fleeting moments when Krishna, a Brahmin, is suspicious (patronising, perhaps) of a rat-catcher being someone who can have literary merit? Does he become conscious of the social ladder in this brief scene of revelation?

As a reader, you are entitled to your own suspicions. But my own suspicion is that just as Chikka is astonished that Elder Brother, a teacher, and Puttanna, a rat-catcher, are friends and comrades, professor Krishna is astonished that some of the poems allegedly by a “Hindu saint-poet” are by a rat-catcher. Whether Chikka or professor Krishna, or you or me, we have been trained to think that only certain sorts of people are poets or artists. Unlearning this received wisdom (or legend), and extending our knowledge to include more sources of literature or music or art makes us see people differently; indeed, it makes us re-consider what poetry or music or art may really be.

Today, as a society, have we become more tolerant and inclusive or are we trapped by prejudices, rigidity, “convenient omissions” and regressive ideas about what an “ideal” society is or a country should be? Are we closer to finding that river of a thousand faces, voices, colours and textures? Are you hopeful or cynical about the future?

We live in times that truly test our capacity for hope, for optimism. Not only do the old sources of division – such as caste – persist; we see new forms of exclusionary politics – hate politics – a thousand new ways of squandering our rich diversity. The right-wing has, in effect, pushed us all toward the stagnant pond I describe in the novel. Our hope lies in learning resistance every day; learning it from more people – Dalits, Adivasis, women, young, old, farmers, poets – then expressing it in all the different ways we are capable of.

A little about your forthcoming books.

If I hold forth about them, they may take fright and not come at all. More seriously, I have just published a novel; and a citizen’s reader called Battling for India which I co-edited with Salim Yusufji. That should do for now, I think.

Ipshita Mitra is an independent writer. Her Twitter handle is @ipshita77.