Finding Vilayat Khan, The Man Who Made His Sitar Sing

A new biography of Vilayat Khan shines the spotlight on his revolutionary music and tumultuous life. 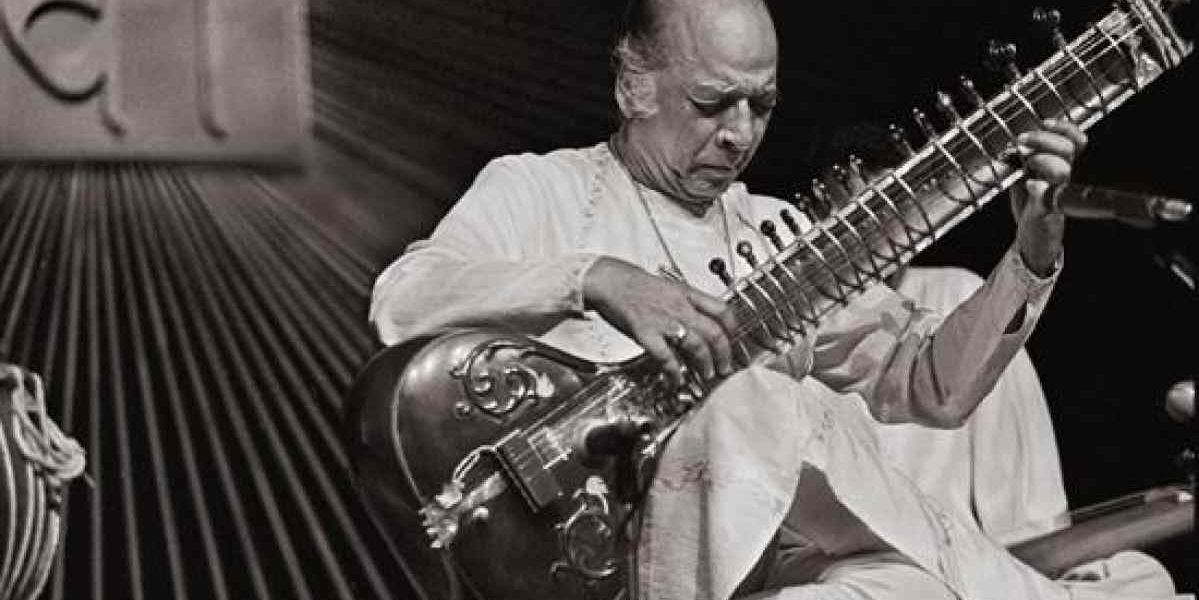 Vilayat Khan had a taste for the good life. He smoked a pipe, loved ball room dancing and drank pricey imported liquor. An aesthete to the core of his being, he possessed an expansive collection of vintage perfumes and exquisite Iranian carpets and played snooker & cards with the skullduggery of a practiced con artist.

A striking man with a sartorial panache to match his good looks, women drifted in and out of his life like “flickering fireflies.” And while his relationships were ephemeral, his enduring love was fancy cars. When the Emir of Afghanistan gifted him a Mercedes Benz that he’d coveted for a while, ‘Khansahib’ bent every rule in the book to drive his new toy from Kabul through Pakistan and into Bombay. He named her ‘Gazzala’ and even threw a grand bash in her honor, sending out car shaped invites to the who’s who of town. 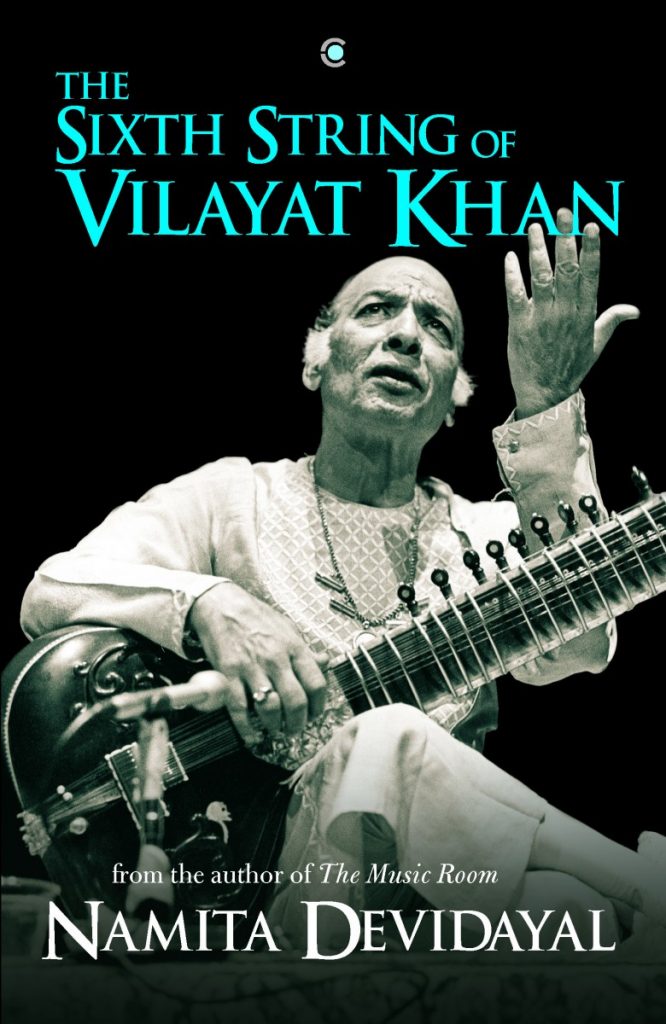 Along with cars, conflict and hurt were the other constants in Vilayat Khan’s life, replete with the drama of a failed marriage, an estranged relationship with his gifted younger brother Imrat, and an often ruptured equation with his two sons. Professionally, it was the very public and often exaggerated rivalry with the formidable force of Ravi Shankar that cast a long shadow.

While connoisseurs agreed that Vilayat Khan was perhaps a greater musician, Ravi Shankar was a global colossus whose rock star like fame would rankle Khan through his life and make the former a permanent bête noire.

But regardless of the manic surround sound of this tempestuous existence, “in the end it was Vilayat Khan’s music that transcended all else,” writes Namita Devidayal, author of The Sixth String Of Vilayat Khan, a dazzling new biography of the mercurial musician.

He chose a path that “looked within for depth rather than beyond, one that was solitary rather than collaborative. It would not lead to sharing record sleeves with famous pop stars, and it would not make him famous among the musically naive. But it is what he chose. He served as a reminder that there are spaces more intoxicating than fame.”

Third generation progeny of the Etawah Imdadkhani Gharana, Vilayat Khan’s prodigious talent was prophesised by his father, the great sitar and surbahar player Enayat Khan at a very early age. He was convinced that his boy would one day “transform sound into color and fragrance.” And the son wouldn’t disappoint. While an inherited pedigree had assured a certain level of melodic facility, Vilayat Khan’s music went far beyond to revolutionise the instrument his forbearers had played for generations.

By tinkering with its structure, acoustics and ergonomic design, he coaxed his sitar to “sing like the human voice,” Devidayal tells me in the spacious living room of her South Mumbai flat. This new version of the instrument, the ‘Vilayatkhani sitar’ became the “standard across the country.” Through his lilting gayaki-ang, the maestro managed to overcome the most severe limitations imposed by the string-and-fret instrument, which produced staccato notes rather than the glides & micro-tonal nuances of vocal music.

The Sixth String Of Vilayat Khan is Devidayal’s third book since the The Music Room (2007) and Aftertaste (2010). Told with a heft but without the heavy hand of a classical music biography, it navigates a genre that bravely blurs the borders between fiction and non-fiction; a leitmotif that runs through both her previous books.

It is a bit like the “biographical novel”, a term coined by Irving Stone who masterfully fused biography with narrative fiction to give us some of the most readable books on historical figures, notable among them, Lust for Life on the life of Vincent Van Gogh and The Agony and the Ecstasy about Michelangelo.

“Rather than obsess about factual accuracy, I have tried to create an impressionistic fluid portrait of a magnificent artist and a fragmented human being,” says Devidayal, who while acutely conscious of the need to anchor her story in fact, knew that she would have to take creative liberties to embellish the narrative for mood and atmospherics. ” I knew, for instance, of his belief in certain things, and rather than write of those without a context, I chose to transpose them into a conversation.” 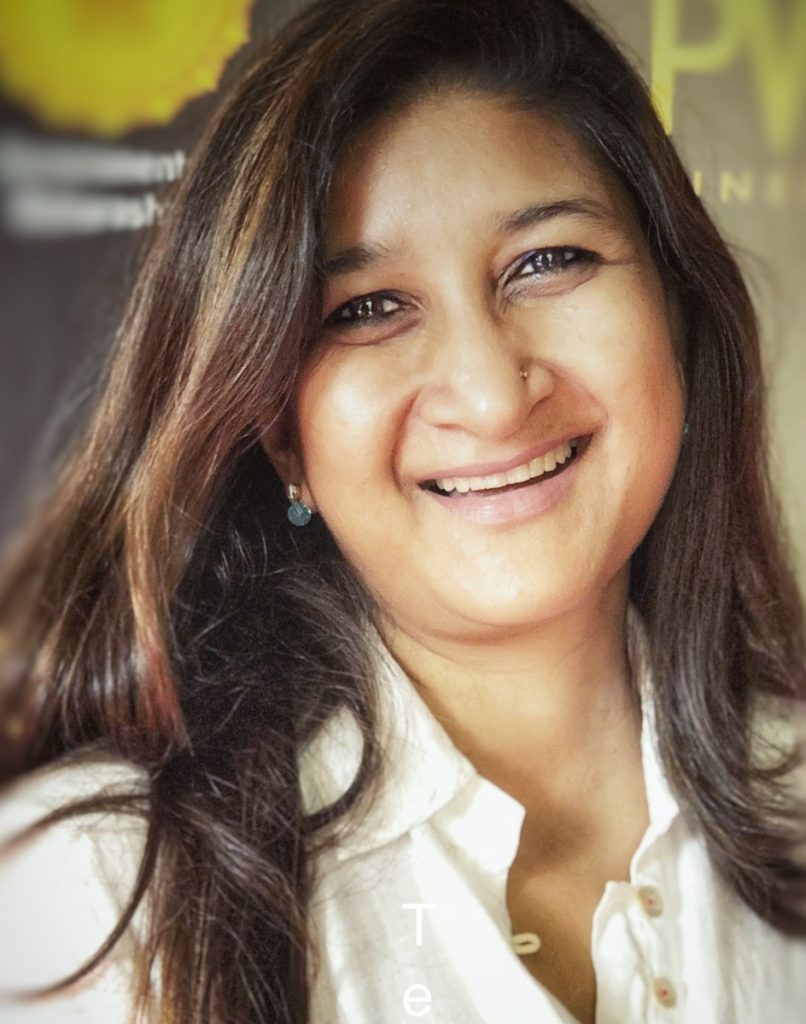 A go-ahead from Ram Guha, the historian who Devidayal considers as her mentor, as well as the fact that Vilayat Khan himself was a liberal embellisher of tales – it was said of him that he spoke the truth only by mistake – emboldened her to dip liberally into the imagination.

The result is a memory wall of deeply felt storytelling and solid musicological insight that’s peppered with incredible anecdotes. Sample this: in the opening chapter, a 24-year-old Vilayat Khan storms the stage of the Jhankar Festival unannounced, where Ravi Shankar and Ali Akbar are about to begin performing a duet.

He sits between them and humiliatingly steals the show. A few years later in Indore, after failing to cajole a learned maestro to teach him a composition with opium, he pulls out a pistol and asks the gentleman whether he wished to die or teach him the composition.

These fantastical stories, some of them without doubt apocryphal tales spun by a man who was, as Devidayal says “iridescent with illusion,” add a dash of color to her linier narrative. She uses the chronology of her subject’s life to retrace his journey from a childhood in Calcutta and onward to Delhi, Mumbai, Shimla, Dehradun and finally Princeton, where Vilayat Khan settled in the last years of his life.

A good biography can be as much of a point of entry into an epoch as it is into the life of an individual. Zooming in and out of her protagonist’s story, Devidayal takes essential detours to bring that period to life – from the film studios of Bombay, where a motley group of genius instrumentalists earned their living playing in orchestras, to the history of recording technologies that played such an important role in Vilayat Khan’s early pedagogy. She tells us why eventually it was Bombay that became the bastion of vocal music, while Calcutta was where the instrumentalists migrated, adding texture and layering to the already interesting material.

It took Devidayal four years, extensive travel and several people slamming the phone on her to finish the book. There was even a failed attempt at learning the sitar to get more intimately connected with the man she obsessed over in this period. But the intention never was, she asserts, to please stiff critics or the other humorless inhabitants of the stuffy, forbidding world of Indian classical music.

“I tread very light in life, they take themselves too seriously,” she says. “My attempt was really to make Vilayat Khan accessible to a much wider readership. I wanted my son to read about him and be inspired to think of him as the rock star that he truly was. We need to make classical music cool again to deal with the self-loathing this generation has for a lot of things Indian.”

The Sixth String Of Vilayat Khan may precisely be the book in order to get started on that task.

An audiobook, read by Devidayal, and accompanied by Vilayat Khan’s landmark performances, such as Raga Chandni Kedar played at the Taj Mahal with his brother Imrat Khan on the surbahar, will release soon on Amazon Prime.