Book Review: An Elegant, Readable Dive Into the Upanishads

Parsa Venkateshwara Rao Jr's 'The Upanishads: An Introduction' talks about how these verses became the pivot of India's unfolding philosophical discourse. Parsa Venkateshwara Rao Jr has written a cerebral, thoughtful and lucid book on the Upanishads.

The Upanishads are metaphysical poems attached at the end of the four Vedas – Rig, Sama, Yajur and Atharva.  They resonate with a wisdom that is a product of the deepest meditative insights, unhindered by structured presentation but robust, with a certitude of vision that is borne of unquestioned personal experience – anubhav.  There is a self, Atman, beyond definition and name or form or attribute because any attribute would only circumscribe its limitlessness. This self is the highest reality.  It encompasses all of creation: we are both part of it and its manifestation – Tat tvam asi (That thou art).  The self is the same as Brahman – Ayam atma brahma (The self is Brahman).

These utterances are two of the mahavakyas or great sentences of the Upanishads. The Upanishads use self and Brahman interchangeably. The apparent multiplicity of the world is an illusion. Once the ego and the senses are stilled through deep meditation, we realise our true self, beyond all sorrow and pain, and realise that our true reality is ‘that’. All human differentiation then becomes false, a product of illusion or maya. In that non-dual, or Advaita identification with Brahman, we partake of a bliss that is beyond mortal identification. 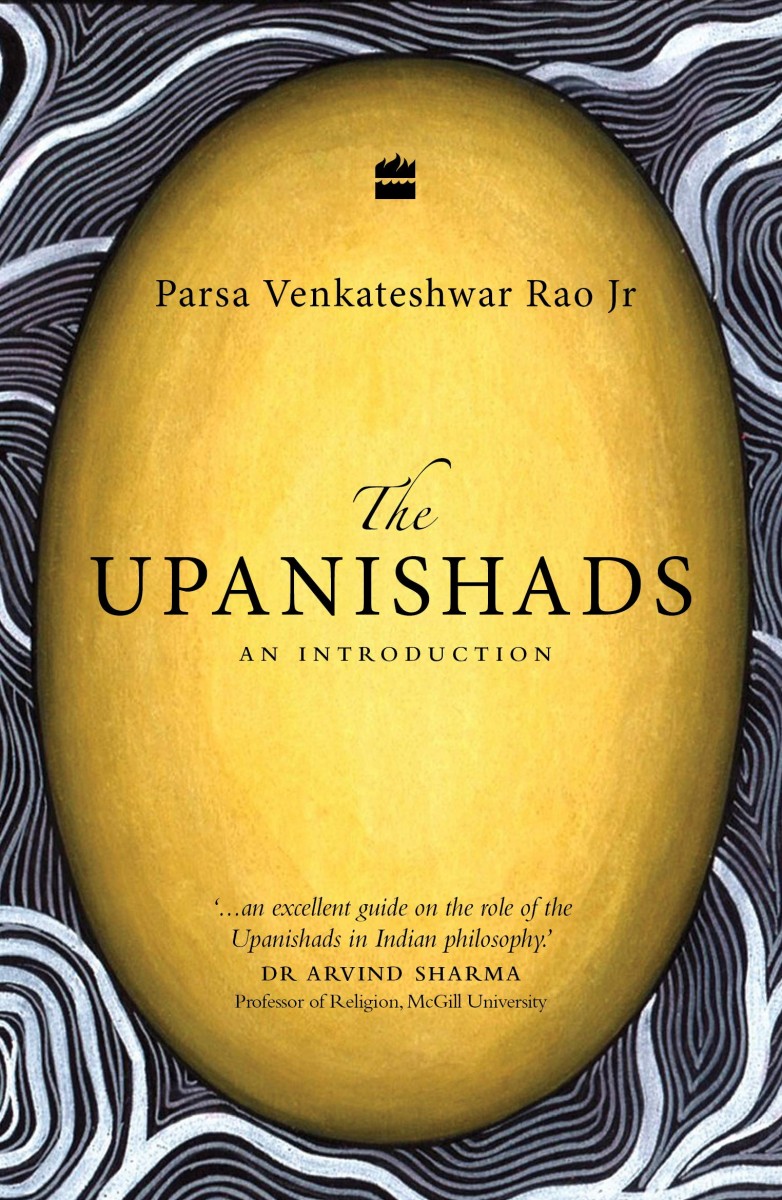 ‘This is, of course, the view of scholars,’ he says, ‘who carry the burden of cultural bias to the extent that that they do not recognize a philosophical argument when they see one in a non-Greek text.’ In fact, it is his contention, that while Western academics consider the Upanishads to be primarily religious texts – since they are appended to the Vedas – and only incidentally philosophical, the fact is that this hyphenation does not in any way diminish the philosophical depth of the Upanishads. The religious connection only ensured that the Upanishadic philosophy has remained ‘intellectually alive’ more than 3,000 years after it was expounded. ‘In the West, we can safely assume that only a well-educated person would have heard of Plato even if had not read Plato’s dialogues.  But an illiterate person in India is aware of the Upanishadic idea that the creation of the universe is the handiwork of a single intelligence, and that this intelligence is both immanent and transcendent.’ This universal percolation is unique to Indian philosophy.

Rao rightly rues the fact that the ‘secular bias among Indian scholars prevents them from writing about the intellectual achievements of the Upanishadic thinkers’. This is, indeed, nothing short of tragic. The Upanishads symbolise the search for what could be the ultimate truth behind the bewildering plurality and complexity of the cosmos. They do not talk of divinity per se. Even the six systems of Hindu philosophy – Nyaya, Vaisheshika, Sankhya, Yoga, Purva Mimamsha and Uttar Mimamsha – can technically be called atheistic, because their search is for ultimate truth and not conventional deities. The fear that secularism will be eroded in the deeper study of Hinduism’s philosophical legacy is, therefore, entirely untenable. Rao notes the fact that ‘not enough research has been done in the field of the intellectual history of India’.

Interestingly, in spite of their antiquity, Western philosophers became aware of the Upanishads only in the beginning of the 19th century. A Frenchman called Anquetil Duperront brought out a Latin translation of 50 Upanishads using the Persian translation commissioned by Prince Dara Shikoh in 1657-68 CE. This generated sufficient interest for translations into other languages directly from Sanskrit. Deussen’s Seschig’s Upanishads der Veda was published in 1897, dedicated to another German Indologist, Arthur Schopenhauer.

But while the West may have been unaware of the Upanishads, in India they became the pivot of the unfolding philosophical discourse. Rao concurs with this assessment. ‘The great British philosopher and mathematician Alfred North Whitehead had said that the whole of Western philosophy is but a footnote to Plato….It can be said with greater justification that the whole of Indian philosophy is a footnote to the Upanishads.’ It is all the more important, therefore, that Hindus – and non-Hindus – understand the ideas, context and meanings of the Upanishads. Parsa Venkateshwara Rao Jr’s elegant, readable and deeply knowledgeable book on the Upanishads, is a most valuable contribution to this endeavour.

Pavan K. Varma is a former diplomat and was a member of the Rajya Sabha between 2014 and 2016.