An excerpt from Maya Mirchandani's chapter in More News Is Good News: Untold Stories From 25 Years of Television Journalism. 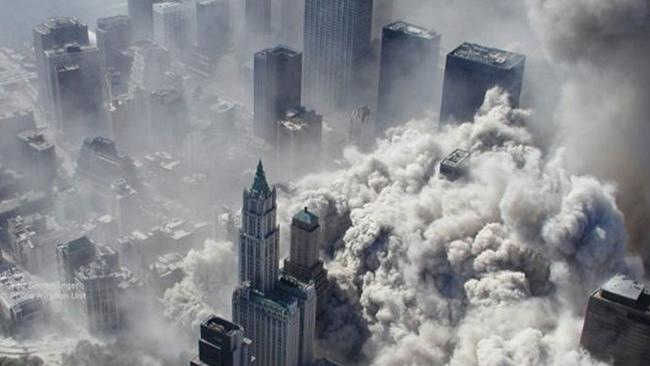 I often find myself having a macabre conversation with the ghosts of stories past, asking which was worse, the fire accident in Dabwali, or was it walking through what came to be known as ‘amputee camps’ in Sierra Leone, where innocent adults and children were out and about, limbless. They were what is often referred to as collateral damage in a brutal civil war between the Sierra Leone government and military, and rebels fighting for control of the country’s vast natural resources – blood diamonds sold in illegal markets all over the world.

Or was it standing on a sidewalk in New York on 11 September 2001, ten blocks north of the World Trade Center, watching people, tiny in the distance, jump out of buildings, being swallowed up by flames before those buildings came crumbling down in a heap of rubble. What made them do that? Did they think they would survive jumping out of a window 104 floors above the ground? Or was that a better alternative to waiting for the flames to swallow them? Because there was certainly no help that was going to be able to reach them on time. I was on the phone with the studios in Delhi, describing to the anchor what was going on before my eyes. To this day, I don’t know how I found the words to do so, given the dread I felt while squinting to see arms flailing in the not so distant sky.

Six months before going to Freetown I went through the most life-changing experience I have lived through so far. My first assignment as foreign correspondent took me to Colombo to cover the presidential elections in December 1999. Chandrika Kumaratunga, fighting to be re-elected, was addressing her last election rally on the night of 18 December 1999 at the Town Hall grounds in the Lankan capital. She’d been a target of the Liberation Tigers of Tamil Eelam (LTTE) for a long time, so security was tight and therefore we felt confident we were all safe. But we were all wrong.

As I went up to the foot of the stage to ask her a question or two on her way to her armoured Mercedes, a woman strapped with explosives appeared from the crowds behind the barricades, running towards the president’s car. Before then, I had only heard the sound of an explosion in movies. That night, the earth shook beneath my feet at the Town Hall grounds in Colombo. I don’t have the words to describe the sound, either of the explosion, or of my screams seconds after, as I looked around for my colleague Gaurav Dwivedi. For the split second I didn’t spot him standing behind me, as numbed as I was, panic reached my throat and erupted in violent screams that are still on tape. Chandrika was whisked away into the car, and we were left standing in the midst of splintered bodies of guards, journalists and policemen. Over twenty people died around us that night, fourteen of them blown to smithereens. The torso of Colombo’s director general of police lay on the ground like a ghoulish exhibit from a horror show. Pieces of flesh, his as well I am sure, had flown on to my face, got stuck in my hair and on my clothes. Of this, I had no idea, though, until I saw myself in the mirror sometime later.

When something dramatic happens, everyone talks of things becoming a blur. But I can replay each minute without confusion or embellishment, without missing a detail even after all these years. I have never watched the footage we recorded on tape that night, even though it has been played several times in promos for the news. Walking past the edit bays in office, if I hear the tape, I still freeze with fear.

That night, after we battled our hotel cabbie who didn’t want us to stain his pristine white seat covers with somebody else’s blood, hotel staff at what was then the Lanka Oberoi hurriedly escorted us away from the lobby – out of sight of the few holidaymakers and tourists they had as guests for the Christmas week. That was when I saw myself. In the elevator going up to our rooms my blood-streaked face was unrecognizable to me. I went straight into the shower, clothes, shoes on. I was wearing a brand-new lime-green kurta and a white churidar, scrubbing away blood and flesh, watching it all flow into the drain of the bathtub, tears of horror and fear camouflaged by the water streaming down my face. I insisted that Gaurav and I stay together through the night, wide awake, watching MTV in the hotel room because I didn’t want to see the news and live through what we had just survived; fearing even the shadows that the trees outside were casting on the sheer curtains of the room.

We came back to Delhi the next night, to tell the story of what happened, and it’s only after several years and after several conversations with friends and counsellors that I can admit to being afraid. So afraid to shut my eyes and sleep that it took me a month to turn the lights off at night again. So afraid that even today, retelling the story sends a chill down my spine. If a car backfires, I panic. On Diwali, I panic. The next time I went to Colombo in May 2001, nearly a year and a half later, I found myself wanting to stay away from crowded places, keeping a wide berth between anyone else and me on a pavement, a marketplace, everywhere.

As my journalistic career began to look like a collection of nightmares, the conversations I had with myself took several turns. The commitment to tell a story often conflicts with a base human need to preserve oneself. To simply stay alive. There’s a fine line between recklessness and bravado, they say, but I hesitantly submit that most of us aren’t able to tell them apart when we confront it. I know I wasn’t reckless in Colombo.

By the time I reached Freetown, Sierra Leone, on 24 May 2000, I can safely say I had become a little hardened. Or at least that’s what I believed. The day we had arrived, an ambulance had pulled up just ahead of us as we entered the UN field hospital where we were staying. There were two bodies inside, Kurt Schork and Miguel Gil Moreno, journalists who had been killed in an ambush as they were riding with the Sierra Leone Army. Before I had even begun to report, memories of Sri Lanka appeared like apparitions in my head. But I was here in Freetown, and I was going to file a damned good story, and I was going to stay safe and go home alive. I told myself this over and over and over again that day.

We had reached Freetown in an UN-chartered cargo plane, travelling with a swarthy Russian crew commissioned to transport armoured personnel carriers or APCs and other military supplies and munitions from Delhi to Freetown – supplies for the UNAMSIL, the UN’s peacekeeping and peace enforcement contingents in the West African country. The man leading the mission was an Indian Army general, Vijay Kumar Jetley. There were hundreds of Indian boots on the ground, albeit wearing the UN’s signature blue berets. In fact, one of the more heartening tales I have from Sierra Leone is that I became a postman for Indian peacekeepers around the country. Upon hearing a crew from Delhi was there to cover their assignment, hundreds of letters began to arrive at our guest house for us to courier back to families of the men stationed there. Thinking about that today brings a smile to my face, makes me feel a little human. After all, those peacekeepers weren’t just characters in my story. They were real people with real lives and real families who hadn’t been able to connect with them in months. I didn’t mind being a postman at all.

The Sierra Leone civil war was a brutal one. The UN and most human rights watchdogs put it down as one of the worst in history. The chosen weapons of war were machetes. Used by rebels to hack off arms and legs of innocent people without provocation, used to wreak terror on women and children and push them into sexual slavery or war on behalf of the rebels.

For me, proof of being less squeamish and more battle-hardened lay simply in the fact that I walked into amputee camps without much hesitation, and I didn’t keel over the side of the road and retch afterwards. But I overestimated myself, and today, I realize, I had underestimated the power of memory. Seared into my mind, even now, years later, the faces I saw in those camps are clear as day. Like the woman sitting on the ground and talking to me. I didn’t realize while sitting in front of her that her reason for not getting up was simply that she had no legs. They’d been hacked off by machete-wielding rebels when her village was attacked. She lived alone in a shelter camp set up by Medecins Sans Frontiers (Doctors Without Borders) in the heart of Freetown. Her husband was killed, her children had been taken away by the rebels to be drugged and made child soldiers. Other residents of the camp had become her family. Teenagers without an arm or a leg, an infant with her wrist cut off, young men and women with prosthetic limbs trying to make sense of the violence around them, and get on with their lives.

I went back to my room in the UN-run field hospital that night, beating curfew and a few armed rebels, and tried to understand the meaning of resilience. I don’t know if I was able to hide the horror on my face when I saw the stumps on the people I had met at the camp earlier in the day, but as much as I had to hide my reactions from them, the sharp, corroding shock I felt simply had to be communicated to the rest of the world through my reporting. International media was full of news of the bloodshed in Sierra Leone but, looking back, I don’t think most readers or viewers could fully comprehend the scale of violence through the news coming out, in spite of the best, most detailed and emotive reports.

‘Journalists are not automatons. Expression of emotions is expected. To conceal dismay, anger or compassion at human suffering would be dishonest.’ This is what Stephen Ward wrote in an article for the Centre for Journalism Ethics at the University of Wisconsin, after natural disaster struck Haiti in 2010. He warned equally against journalism based entirely on emotion and its propensity to manipulate or sensationalize, and against journalism only based on a studied neutrality, saying instead that in good journalism, the ‘emotional and the objective impulses should converge’.

Excerpted from More News Is Good News: Untold Stories From 25 Years of Television Journalism, a collection of essays put together by NDTV and published by Harper Collins.

Maya Mirchandani is a senior journalist who works with NDTV