Tribute to a Teacher: Upal Deb was Two People

A lecturer of English literature at Assam's Bongaigaon College, Deb will be remembered for his immense knowledge of poetry, his work in translation and for changing lives.

Gabriel Garcia Marquez, Milan Kundera, Fernando Pessoa, W.B. Yeats, William Blake and Octavio Paz - some of the poets and writers who Upal Deb held in high regard. Illustration: The Wire

Upal Deb was a lecturer of English literature at Bongaigaon College, Assam. He edited the landmark book, Writing Language, Culture, and Development: Africa Vs Asia: Volume 1 (Mwanaka Media and Publishing, 2018), along with Tendai Rinos Mwanaka, a writer, artist and publisher from Zimbabwe, and Wanjohi wa Makokha, a public intellectual from Kenya.

Deb also translated Assamese and Bengali poetry. He was known to many through his ‘Sunday Poems’ on Facebook, where his amazingly wide reading of world poetry was on full display.

I first met Upal Deb in a shabby room of the college where I was an undergraduate student of political science and where he, initially, taught English literature, in my old hometown in Assam in 1991.

I found him elsewhere and I learnt later that he was always, partly, elsewhere. The meeting was a bit embarrassing, in retrospect. I knew nothing of literature, even though I was keen to write poetry. He put me at ease, giving me a list of names to read: Milan Kundera, Octavio Paz, Carlos Fuentes, and García Márquez. These names sounded like new worlds to me and, indeed, they turned out to be so. 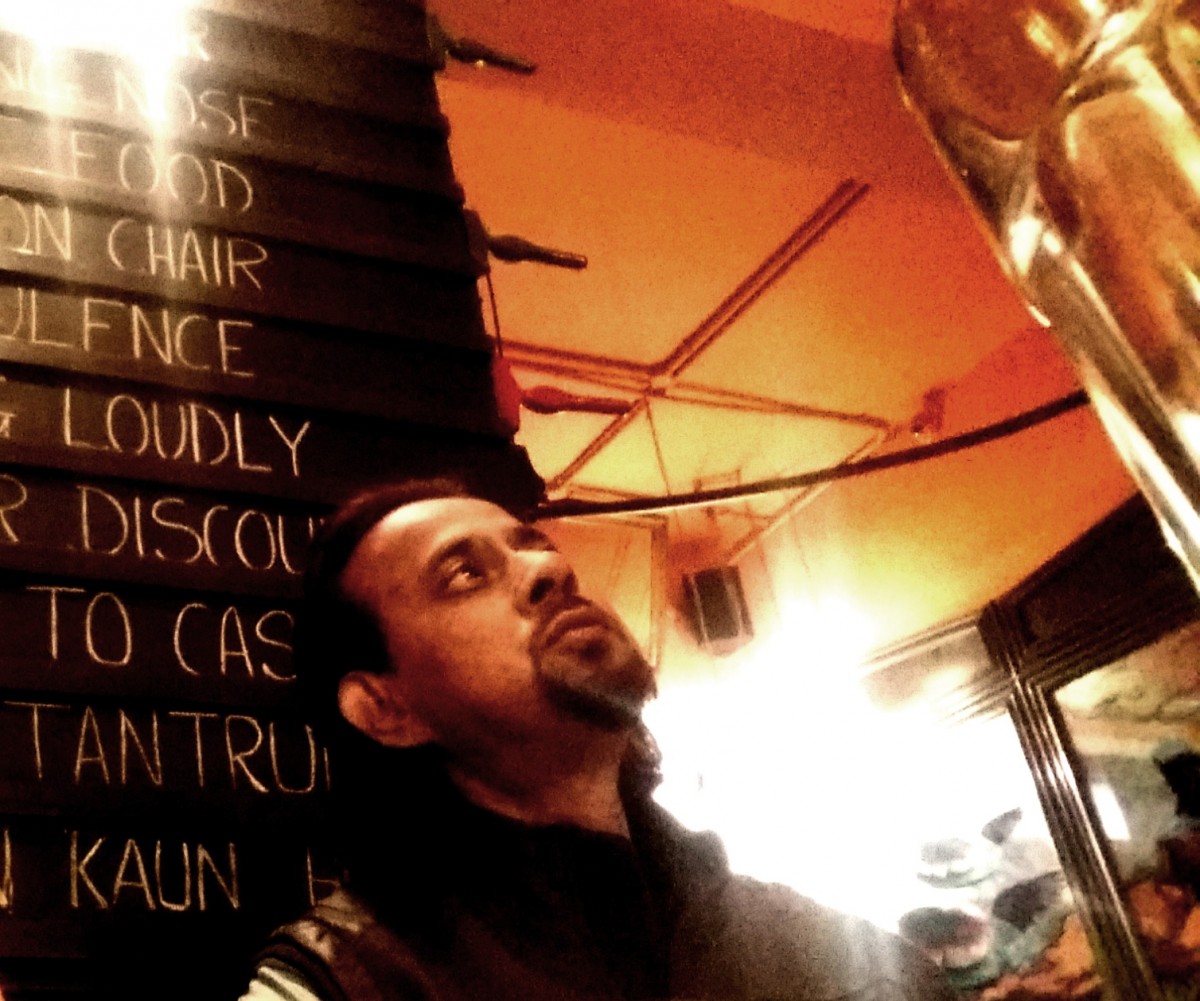 Their open discomfort was remarkable in its confession of envy and insecurity. They did not want me to learn from him; a memorable introduction to the world of humanities for a boy who had left an engineering college.

Deb changed my life simply by telling me who to read. Reading is the road to life, and to the world. Those days, he was obsessed with two names that were radically different from each other in their approach to philosophy: Jean-Paul Sartre and Jacques Derrida. He showed me the article he had written on Sartre for an Assam daily, whose title said a lot about Sartre, the article, and Deb’s witty sarcasm: Would the Nobel honour have dishonoured Sartre?

It was due to Deb’s confidence that I was encouraged to review Kundera’s novels in the Sunday section of The Sentinel. This gave me the opportunity to meet Mr. D.N. Bezbaruah.

After graduation, I left my hometown and shifted to Delhi to pursue my Master’s in political science from Jawaharlal Nehru University (JNU). Because of Deb’s influence, I spent less time on the ground floor of the library, as my classmates did, reading up on essays from the curriculum that were suggested by my professors; instead, I was mostly found on the fourth floor, reading literature in translation.

I was more interested in discovering poets than theorists. In retrospect, I did the right thing. The intuitive medium of poetry, its subjective alertness, keeps you from being swindled by the objectivist (and rationalist) traps of theory.

Once, I shared an incident from Tahrir Square with Deb. It was the winter of 2011, when the world was witnessing an inspiring movement against Egyptian dictator Hosni Mubarak’s regime.  Egyptian protestors occupied the famous square in Cairo, from January 25, demanding the end of his military dictatorship. I had read about a man who was part of the protest, holding a cup of tea as he made his way through the crowd. Someone asked him where he could get it for himself. The man handed over the cup, saying he had brought it for him. It was a poignant, beautiful and inspiring moment of human encounter. The thirst of another man made an undemanding demand upon the man’s heart. His response was ethical: your thirst, first.

To this incident, Deb responded: “History is always poetry… at times lyric… at times epic… at times the Waste Land or Byzantium… its lyric moment… for the other side feels the sun in tea-cups!”

He had a habit of spelling out the entire meaning of something, but often cryptically, within dotted lines. Here, he mentions the poems of T.S. Eliot and W.B. Yeats together, both haunted by images of death. History is heroic and tragic, and poetry feeds on both motifs. In the Tahrir Square incident, there is a momentary glimpse of hope and camaraderie, of hope in camaraderie, poetically summed up by Deb: “for the other side feels the sun in tea-cups”.

In Auguries of Innocence, William Blake said it is possible to see the world in “a Grain of Sand”, and find heaven in “a Wild Flower”. In other words, it is possible to squeeze our understanding and imagination of being in the world into a metaphor. Deb transformed the meaning of the man’s desire for tea in the middle of a fierce protest by producing a metaphor: a desire to drink tea was a desire to drink the sun.

This is how Deb wrote and spoke. Even his criticisms were poetically worded. He left out spaces in his sentences for you to imagine, and fill up on your own. For a man who loved teaching, he was quite anti-pedantic in conversation.

One afternoon in 1994, travelling by cycle rickshaw in Guwahati’s Fancy Bazar, Deb mentioned Fernando Pessoa to me: “There was a poet who wrote in four names!” Till then, I could conceive of a poet writing in four languages, but not in four names. The tone was humorous, and we both laughed.

It was a fitting tone of introduction to a Portuguese poet who found reality oppressive. One laughs out of a sense of wonder for such an ill-adjusted man. Pessoa’s readers ought to laugh on his behalf. The satirical irony in the poetry of Pessoa’s heteronyms was closer to a child’s who was unfairly trapped in an adult world. Pessoa’s life is a testament to his refusal to adjust to the world that made sense to him only in the poems he wrote.

Pessoa was addicted to writing. Deb was, strangely, not. He was happy performing poetry in everyday speech. In fact, he treated writing much like conversation, where language was expressed dialogically. I am reminded of Deb when I read these lines of Alberto Caeiro’s poem, If I Die Young:

In the sun when there was sun

And in the rain when it was pouring.” (Translation: David Scanlon)

Once, sitting in his home on a hilltop, in a room full of books, I had asked him – partly as a joke but also in seriousness – if he was hiding away his writings in a trunk like Kafka, to be discovered after his death. He laughed. The rare poem he wrote on Binayak Sen, some lovely translations of Assamese and Bengali poetry, and a translation of a short story by Kumar Ajit Dutta for Indian Literature, The Green Motorbike (December, 2006), are all that are available on the internet. He was the Borgesian reader who did not feel obliged to become a writing machine.

There is one thing no one would have missed about him: his busy mind. You felt he was always thinking. I wonder what he is thinking now, what is his impression of death. I find myself speaking to him in Pessoa-esque audacity: death cannot interrupt our conversation.

Upal Deb was two people; the one you met, and the one who was always elsewhere. The other Deb emerged in those poetic expressions he would occasionally utter either to make a point, or to respond to yours. He was happy telling us where he was coming from: his books. In this sense, he intensely lived (in) two worlds. Deb did not write a book, but you will find him in all the books he has read, and left behind for others to read. As his brother informed me on the phone, “More than 150 cartons of books have been donated to the college library for students.” It reminded me of the time we spent in the Ideal Home Hotel in Kolkata at Surya Sen street (older name, Mirzapur street), and buying books in College Street. There were four of us, holding more books than we could carry. Inevitably, we lost a couple of bundles along the way. Deb spent the night trying to recollect the titles of the books. He was a mad child of reading.

Manash Firaq Bhattacharjee is a poet, writer and political science scholar. He is the author of The Town Slowly Empties: On Life and Culture during Lockdown (Headpress, Copper Coin, 2021), Looking for the Nation: Towards another Idea of India (Speaking Tiger, 2018), and Ghalib’s Tomb and Other Poems (London Magazine Editions, 2013).