The prize carrying an amount of Rs 25 lakh is awarded each year to a distinguished work of fiction by an Indian writer. It is touted to be the most expensive Indian award for writing. 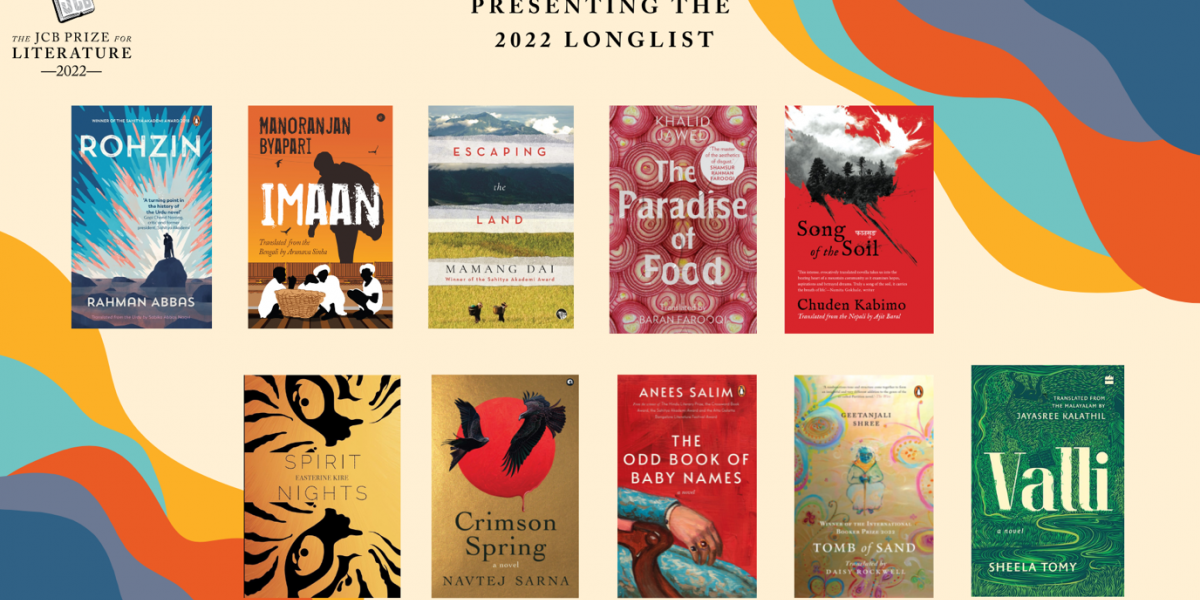 Books on the longlist of the JCB Prize for Literature 2022.

New Delhi: With six out of 10 nominated works being translations, including Geetanjali Shree’s International Booker-winning novel Tomb of Sand, the longlist for 2022 JCB Prize for Literature announced on Saturday was overwhelmingly dominated by translated works from multiple languages.

It is for the first time that the titles in Urdu, Hindi and Nepali have been featured in the longlist of the coveted literary award, which is currently in its fifth year.

The prize carrying an amount of Rs 25 lakh is awarded each year to a distinguished work of fiction by an Indian writer. It is touted to be the most expensive Indian award for writing.

Other books that made it to the longlist are Escaping the Land by Mamang Dai, Spirit Nights by Easterine Kire, Crimson Spring by Navtej Sarna and The Odd Book of Baby Names by Anees Salim.

The longlist was chosen from a vast range of submissions by writers from 16 states writing in eight languages published between August 1, 2021 and July 31, 2022.

“This year’s deliberation to select the novels for the JCB prize for the 2022-long list was an enriching experience. It was a rich collection, the translations from different languages showed how writers were pushing the linguistic and creative boundaries to document our lives,” said jury head Panneerselvan.

“These ten novels are in a sense a metaphor of contemporary India, where each language is permitted to shine; its intrinsic beauty is not subsumed by the other,” he added.

The jury will announce the shortlist of five titles in October. Each of the five shortlisted authors will receive one lakh, and if a translated work makes it to the shortlist, the translator will also receive Rs 50,000.

“Elemental to storytelling, each book takes soaring flights of imagination even as it is strongly rooted in India. The Prize enters its fifth year, marking 50 Longlisted titles that catch the pulse of our literary traditions,” she added.

The winner of the Rs 25-lakh JCB Prize for Literature will be announced on November 19. In case the winning work is a translation, the translator will receive an additional Rs 10 lakh.