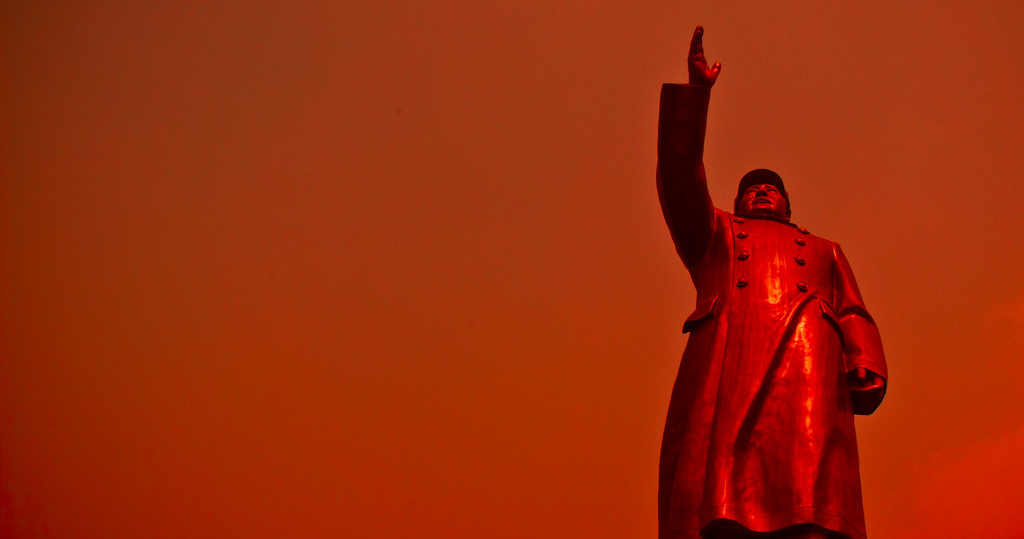 The Chinese government has kept a strict watch on both traditional and new forms of media. Photo: HKmPUA/Flickr

Nearly 30 years ago, a student protest in China snowballed into one of the most defining moments of the country’s history and politics. The Tiananmen Square protests turned bloody on June 4, 1989, and have left a lasting impact in China.

And long after the tanks rolled out of the Square, the crackdown on activists, mediapersons and artists continues.

The Chinese government keeps a strict watch on both traditional and new forms of media to curb the circulation of materials that carry the potential of undermining of its authority – for one, ahead of the massacre’s 30th anniversary, China has reportedly just blocked all versions of Wikipedia.

Towards this end, various tactics have been employed – imposing strict media controls using firewall and monitoring systems, censoring publications or websites, and jailing dissident journalists, bloggers, and activists. Along with these, a controversial policy has been the introduction of China’s social credit system, aimed at monitoring and shaping business and citizens’ behaviour. The system has drawn comparisons to an Orwellian tool of mass surveillance.

Review: Of Dissent, Independence Movements and the Fight for Identity by Minority Societies in China

Amidst such dismal developments, a realm of expression which has only grown in popularity and reach has been the genre of science fiction.

In fact, several scholars have declared contemporary times in China as the “golden age of science fiction”.

Today, Chinese works in the genre are not only winning international awards and attracting serious commercial interest from Chinese and Hollywood production companies, but are also proving to be an effective channel to engage with the political, social, technological and cultural changes in the country.

Post 1989, Chinese science fiction has increasingly questioned the utopian vision of China’s growth – shaped both by the collapse of idealism and optimism in the aftermath of the brutal repression of the 1989 democracy movement in Tiananmen Square, and the increasing debates about the human costs of the Chinese development paradigm.

As literary critic Mingwei Song summed it up:

“Science fiction today both strengthens and complicates the utopian vision of a new and powerful China: it mingles nationalism with utopianism or dystopianism, mixes sharp social criticism with an acute awareness of China’s potential for further reform, and wraps political consciousness in scientific discourses about the powers of technology and the technologies of power.”

A large body of literature has, in fact, been critical of visions for the future and questioned the roadmaps to reach there.

Chen Qiufan, for instance, has argued that contemporary Chinese science fiction reflects the angst of the “torn generation”. According to him, contemporary China “is a society in the transition stage when old illusions have collapsed but new illusions have not taken their place: this is the fundamental cause of the rips and divisions, the confusion and the chaos”. 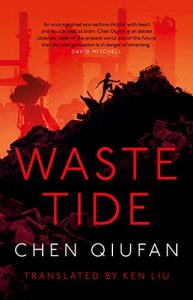 Qiufan expands on this dystopian vision of China in his novel The Waste Tide. The story is Set in Silicon Isle (a spin on the famous Silicon Valley based in California), which is located off China’s southeastern coast and is the global capital for electronic waste recycling.

On the isle, a large number of ‘waste workers’ work day and night, trusting that one day they too will get the chance to appreciate the riches they’ve made for their bosses. Everything changes when a ship bearing an unsafe load touches base at Silicon Isle, contaminated by an infection. Mimi, the protagonist of the story, is contaminated by the infection and sets her mind to correcting every one of the wrongs that have been done to her kin, sparking off a class war.

The novel, although set in a fictional isle, shows the societal crevices and the cleavages dividing different regions, age groups, tribal affiliations and professions in China.

The issue of dissent and censorship is dealt with in Ma Boyong’s story The City of Silence, which presents the vision of an Orwellian future, where all forms of communication are strictly controlled by a totalitarian regime. Set in the year 2046, the story unfolds in a context where almost all social interaction takes place online using a rapidly shrinking “list of healthy words” decided by the “Department of Propaganda”.

In this dystopian setup too, the inevitability of dissent is portrayed, when a technician with the pseudonym ‘Wang Er’ comes across an illegal “Talking Club” shielded from the repressive reach of the regime.

Combining political fantasy with science fiction, Liu Cixin’s novel China 2185 deals with the impact of digital information resources and the internet on China’s political system. It describes the resurrection of Mao’s consciousness in cyberspace, where it sparks off a cybernetic uprising that challenges the authorities in the real world. The government then is left with no choice but to shut down the entire internet, leading to the demise of the cyber-republic, called “Huaxia Gongheguo”.

Also read: What Liu Xiaobo’s Life and Death Can Tell Us About China and Dissent

The novel reflects on democracy, governance, and revolution in new terms informed by cybernetic technology and ultimately questions what is humanity in a world driven by technology.

Many scholars today point out the irony that the genre so often used to criticise authoritarian political regimes, in fact, has been flourishing under the watch of just such a regime. This expansion of science fiction in the country has mostly been seen in a positive light by the Chinese state due to a number of factors. Xia Jia, in his essay ‘What Makes the Chinese Science Fiction Chinese?‘, noted that science fiction, as a distinct literary movement, had some appeal to the China’s political parties:

“The realism of science fiction is different from the realism of other genres; it is a realism infused with revolutionary idealism because its intended reader is the youth.”

In some ways, the genre functions in two roles: continuing the idea of national self-improvement while also instilling a political and patriotic narrative within the youth.

Today, politicians in China often emphasise the importance of innovation and applaud the genre’s ability to promote the STEM (Science, Technology, Engineering and Mathematics) disciplines. Most importantly, science fiction is seen as a potential tool of Chinese soft power, as the genre has a global appeal, and provides opportunities for the entertainment industry to produce Hollywood-like content.

It also serves as a medium for cross-cultural exchanges, either through translated editions of Chinese or English works of science fiction – or simply through expanded access. This has also affected the very nature of the genre itself, which is increasingly being written through a very different cultural lens, and incorporating a more diverse collection of ideas, political viewpoints and values.

As things stand, the future of science fiction in China seems bright – especially since stringent control over its publication or content has yet to be established.