New Delhi: Raghu Karnad, the chief of bureau at The Wire, has won the 2019 Windham-Campbell Prize in the non-fiction category for “combining forensic archival research with imaginative fire and unsettling national and colonial histories” in his book Farthest Field: An Indian Story of the Second World War (Harper Collins, 2016). 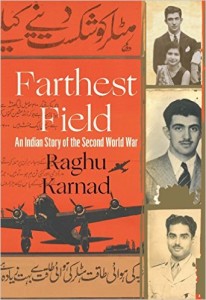 Karnad is among eight recipients of the prize this year. The awardees were announced live from London at an event co-presented with the Beinecke Rare Book and Manuscript Library at Stationers’ Hall.

The author previously won the 2016 Sahitya Akademi Yuva Puraskar (English) for his work.

This year’s recipients include Danielle McLaughlin (Ireland) and David Chariandy (Canada) in the fiction category; Karnad and Rebecca Solnit (US) in the non-fiction category; Ishion Hutchinson (Jamaica) and Kwame Dawes (Ghana/Jamaica/US) for poetry; and Young Jean Lee (United States) and Patricia Cornelius (Australia) for drama.

The winners will each receive $165,000 to support their writing.

Established in 2013, the Windham-Campbell Prizes are among the richest and most prestigious literary prizes. English language writers from anywhere in the world are eligible, and are nominated and judged anonymously.

Karnad’s book narrates a lost chapter in Indian history through the lives of five young people. The book was the end result of the evolution of an essay written in 2012 on the living traces of the Second World War in India’s north-east, which was the runner up in the inaugural Financial Times-Bodley Head essay competition.

The essay laid the foundation for Farthest Field, which was described by Simon Winchester in the New Statesman as “a book that will long survive, I suspect, as a masterpiece”.